The country had the unexpected I expected. From coral reefs just a couple of steps off shore, to Nazi Buddhists (I’ll explain later), earthquakes, white-water rafting and surfing, and the tallest building in the world fitting into the palm of my hand, Taiwan is most definitely under-rated as a traveller destination.

Taiwan, formally known as the Republic of China, has been in a constant state of paranoia regarding its relationship to mainland China. While many of the older generation still want to reunify with China, Taiwan’s developing sense of self over the last few decades has led to a determined independence to make the nation the first Chinese democracy – no doubt beating Guns N Roses long- awaited album of the same name.

Both still have a long way to go, however. Nevertheless locals are extremely pleasant with big smiles, albeit some charred brown and red from the betelnut seed – bless that euphoric stimulant. And even in the deep heart of the crowded yet clean Taipei, I felt safe, with little poverty throughout the country. The bustling scooter-filled streets are every bit Asian – I would expect nothing less. 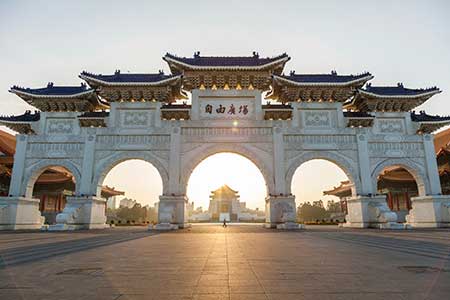 But the modernity caught me by surprise with the world’s largest building, Taipei 101, a monument to the country’s socio-economic growth over the past few decades – as well as a pretty sweet, 360 degree view of this busy city. As with any Asian country, the food alone is an experience.

Night Markets are a popular destination for locals and your source of ‘made in Taiwan’ trinkets. One of the largest, Taipei’s infamous Snake Alley, has snakes getting skinned alive and large live constrictors laid out on store fronts enticing tourists as local kids dare each other to touch them.

A couple of hours were spent in the National Palace Museum, which follows China’s rich history through the many dynasties, via the amassed collection of fine china and gem carvings. Taoist temples dress city streets with their ornate decorations just as Buddhist temples built by Japanese monks are adorned with swastikas…

Until I remembered how the Nazis bastardised the Buddhist’s symbol for peace by flipping it backwards. Sadly the original meaning has been overshadowed by a guy that couldn’t even grow a full moustache. In the 4000-metre peaks of the High Country, I witnessed world-class white-water rapids and was introduced to the indigenous Taiwanese way of life, food and dance. Plus, I lived through an earthquake – albeit so small I thought a monkey had landed on my roof. 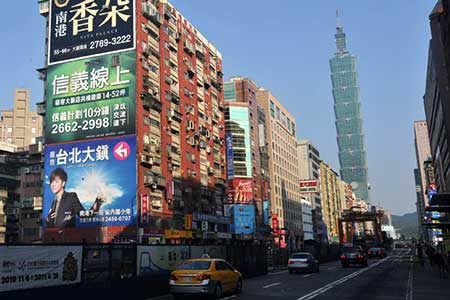 Exploring Taiwan’s coasts put me in cute fishing villages with beautiful old trawlers decorating the harbours and a bounty of fresh seafood, as surf pounded the east coast. A visit to a traditional hot spa was a unique experience – especially for us body-conscious Westerners.

We left our draws on the floor before submerging ourselves timidly into the soothing water. Now a popular holiday, destination Green Island, like Australia, used to be a penal colony in paradise. Right off the beach I snorkelled the reef that attracts an amazing array of fish.

At dusk I hired a scooter and watched the sun set from every angle. It was a fine place to wind up a journey through one of Asia’s more diverse, underestimated and misunderstood destinations.