Wondering what you’ll be listening to in 2011? TNT music editor Alison Grinter gives the heads-up on the best bands to watch this year…

These purveyors of dark guitar rock have been indie faves for a while now and an appearance on Later With…Jools Holland earlier this year helped cement their place in the up-and-coming firmanent. 2011 should be a massive year for the London quintet: their debut album Palace will be out in January and, if noirish single Surfacing is anything to go by, it should be a cracker.
myspace.com/chapelclub

As weathervane’s for future success go, the BRITs Critics’ Choice Award is a good one (Florence And The Machine won it last year). And this year’s winner, Essex songstress Jessie Cornish, is certainly on track for superstardom. The one-time writer of hits for the likes of Miley Cyrus is now penning winning tunes of her own such as bump ‘n’ grind gem Do It Like A Dude. Expect to hear a lot more of that track delivered in Jessie J’s powerhouse voice in 2011.
myspace.com/jessiejofficial

This Auckland band have been dubbed “Quite possibly the best band you’ve never heard”. Well, all that’s about to change as the electro-pop quintet have made the BBC’s hallowed Sounds of 2011 longlist. Following in the slipstream of MGMT and Empire Of The Sun, the band’s luscious airy sounds are about to be unleashed in the UK on a re-working of their debut NZ LP Passive Me, Aggressive You.
myspace.com/thenakedandfamous

Melbourne label Modular have already brought us the likes of Cut Copy and Tame Impala and now the bleeding-edge label have signed Bag Raiders, the boundary-defying house music duo from Sydney. DJs Chris Stracey and Jack Glass have been catching ears internationally with propulsive floor filler Shooting Stars and their self-titled debut gets a UK release this year.
myspace.com/bagraiders

Their name brings to mind an 80s garage rock band, and that’s kinda what this London trio sound like, although they’ve picked up some pointers from punk and 60s rock ‘n’ roll along the way. A YouTube clip of their track If You Wanna made them word-of-mouth sensations and caught the attention of Franz Ferdinand managers Supervision. So lend ‘em your ears because back-to-basics rock ’n’ roll is, er, back!
http://www.myspace.com/thevaccinesuk 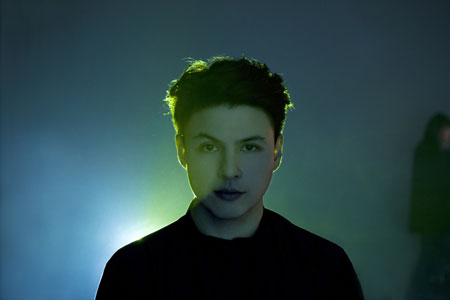 All the critics are swooning for Woon. Why? Because, quite simply, this 27-year-old songwriter/producer proffers a beguiling mix of dubstep and electro-soul as heard on his debut tune Night Air. A BRIT school alumnus, he’s also got music in his blood: his Mum Mae McKenna provided backing vocals for stars like Kylie Minogue and Bjork.
myspace.com/thevaccinesuk

If you haven’t already clocked this Los Angelean all-girl group, which rock have you been hiding under? They’re like America’s answer to The XX and they trade in fuzzy, floaty wooz-pop. Check out their EP Exquisite Corpse, mixed by former Red Hot Chili Peppers’ guitarist John Frusciante, and debut album The Fool. They’re going places, to be sure.
myspace.com/worldwartour

The golden rules for relocating to London