Night at the Museums: Explore London’s spooky and spunky nocturnal events this weekend

Picture the scene: you’ve just taken a tour round one of the most ornate royal homes in the country, Hampton Court Palace, learning about Henry VIII’s wife-collecting history and King Charles II’s naughty night-time habits, before the gates to the grounds close, the public are shepherded out and you become one of a select few to enjoy the palace’s very first ‘sleepover’.

This one-off experience will show you what it would have been like to live in the 16th-century palace, and is just one of the outstanding events being held as part of this year’s Museums At Night series.

Museums across the country are opening their doors after hours this weekend (May 16-18), with inventive – and drink-accompanied – events taking you beyond the usual ‘look, read and learn’ mantra. 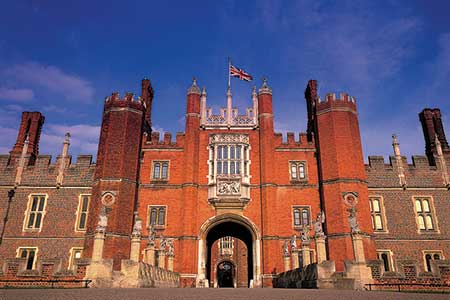 Hampton Court’s Sleep Like A King is one such event. Its Salacious Gossip tour first unveils what really went on once lights went out. “You’ll hear the risqué adult stories of the Stuart and Hanoverian courts we daren’t tell during day time,” palace spokeswoman Katrina Whenham tells TNT.

There’ll also be a ghost tour exploring the spooks that haunt this historical abode (wife-killer Henry VIII’s jilted spouses may well feature) before you settle in.At 9pm, the palace takes on a new life as the gates close.

“It’s a completely different atmosphere when you cross a grand Tudor courtyard at night or stand in the cloisters,” Whenham says. You’ll then bed down in The Undercroft, Henry VIII’s beer cellar, and wake to a hearty breakfast in The Privy Kitchen. But this first-of-a-kind event is just part of the weekend’s night roster. 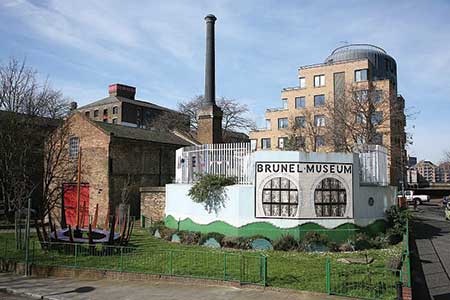 The 170-year-old Brunel Museum, home to the first under-river tunnel anywhere in the world, is hosting two days of performance in its underground amphitheatre in the Thames Tunnel, plus there’s a secret rooftop garden serving cocktails mixed with herbs and flowers plucked from the foliage.

Called the Midnight Apothecary, the rooftop garden bar hosts its first birthday bash on May 18. “You’ll be able to relax on deck chairs around a fire pit with exquisite drinks,” museum director Robert Hulse says of celebrations that will feature Rhubarbra Streisand cocktails, plus wood pigeon breast burgers courtesy of wild food experts The Foragers.

“You can cuddle up, watch the sun set over the river and toast marshmallows,” he adds.

A show by Irish harpist Áine O’Dwyer takes place in the Thames Tunnel the previous evening (May 17), marking the 186th anniversary of the 1828 flood in the underground chamber which claimed the lives of six miners who were in the midst of building what is the world’s oldest Tube tunnel.

“The acoustics are extraordinary,” Hulse says. “Áine will play a beautiful but haunting programme as you imagine the water rising and surging as it did in 1828.”

Turn over for a stack more events that will change the way you look at museums for good.

Best of the Museums at Night > 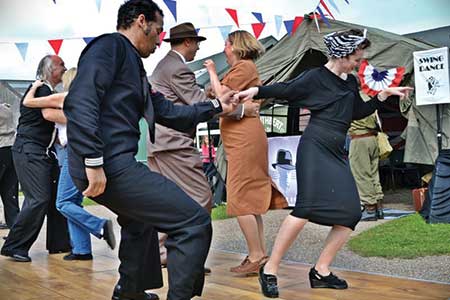 1940s Relived: From the home front to the front line – Weybridge, Surrey

It’s all vintage style and swing at this Forties-themed party. The Swingtime Dance Company will be on hand to teach you the moves, too, if you don’t think you have them nailed beforehand. There’ll also be a Forties cinema, vintage cars and the Red Hot ukulele duo, too.

The Bethlem Royal Hospital – formerly the Bedlam Hospital – opens its doors after hours for a look through the history of it and psychiatry. The oldest psych hospital in the world, Bedlam opened in 1247 and has been at the forefront of prevailing medical thought and treatment ever since.

Artefacts from its seven and a half centuries will be on display, and a 5pm talk by the archive head will give a history of the hospital, with Dr Sarah Chaney looking at 19th-century hypnosis and the Bethlem’s role in research and ground-breaking psychiatry. Thought-provoking. 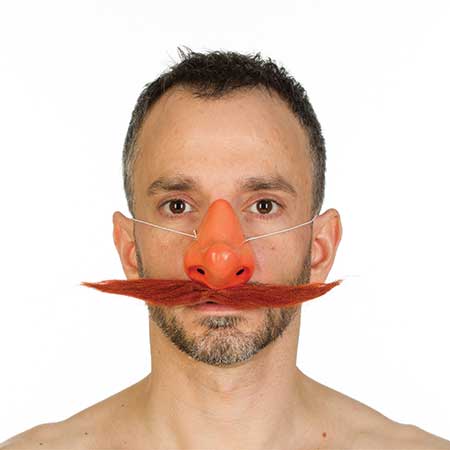 The Wellcome Collection is putting on a special, nose-themed night with a plastic surgeon chatting nose jobs, a nose flute lesson with Ansuman Biswas, a collection of false noses from artist Joshua Sofaer, and nose surgeon Simon Gane explaining how your schnozz works. There will also be a look at the most impressive and famous noses in art history. Not to be sniffed at!

This stunning grade II-listed building in south London opens its doors for Museums At Night. You’ll be able to see the orangery, the saloon and the awe-inspiring pump chamber at this 18th-century industrial monolith, with special guided tours taking place.

Banknotes and bullion – City of London

The Bank of England Museum’s displays of notes, past and present, will all be out, with staff on hand to tell you all you ever wanted to know about gold.

Screening of sci-fi movie classic Invasion Of The Body Snatchers, with a special talk about the social and scientific influences behind the movie. Creepy. 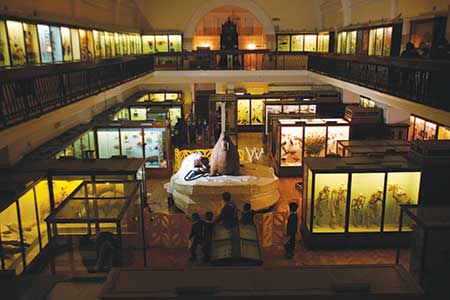 This south London museum (above) and gardens are a treat that’s not widely enough known. It gets in on the night-time activities with music performances, poetry recitals, film screenings and a special art installation from rAndom International, the clever folks who stunned London with their recent Rain Room at the Barbican. Not to mention grub in the garden. Sublime.

This after hours shindig combines two of the capital’s ongoing events – the London Transport Museum’s Poster Art 150 exhibition and a taste of Kew Gardens’ edible festival. So you can grab some eccentric amuse-bouche and sup on a creation from the evening’s botanical mixologist while you ponder over the changing face of poster art on London’s iconic Tube. What a trip. 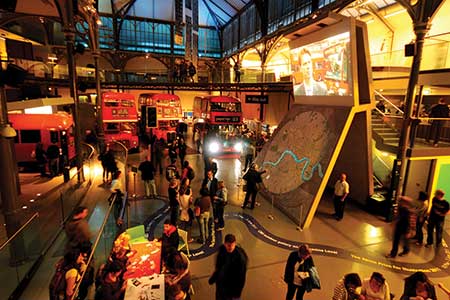 The Museum of London’s medieval archive of artefacts and objects are brought to life in a wholly unique way this evening, as sketch comedy troupe Breaking And Entering will write and perform a brand new street theatre show, as well as sketches and comedy songs, all inspired by the archive of ancient times.

The Chiltern Open Air Museum will light up its historic buildings and setting with lanterns – with a behind the scenes candlelight tour at 9.30pm – and will serve spiced apple cider on the adjacent village green. Properly quaint and English. It’s two-for-the-price-of-one, as well.

Music, art, dance and fashion from the decade that gave Austin Powers his mojo, the Swinging Sixties, is the focus here. Dance troupe The Actionettes, as seen in the Brit flick Made In Dagenham, will perform alongside David Bailey’s East End Faces exhibition. Sixties dress is welcomed at this night of vintage culture and couture. 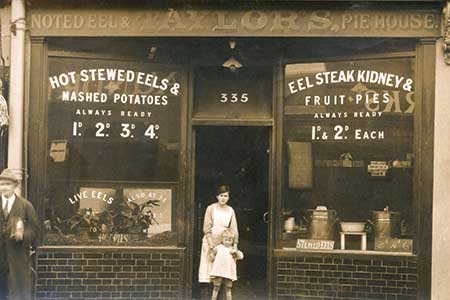 The RAF Museum has been celebrating the 70th anniversary of the famous 617 Squadron’s Dambusters raids in the Second World War which proved integral to the Allied efforts against the Nazis. The hangars, including Bomber Hall, will be open with the anniversary exhibition telling all there is to know about the raid and the people who carried it out.

The original copy of wing commander and raid leader Guy Gibson’s book Enemy Coast Ahead is one of the most treasured items on display. The curatorial team will answer questions and there’s a mini-lecture for the die-hards on how bombing developed between WWI and WWII, making this assault possible.

Surgery by gaslight and other medical tales – London Bridge

Imagine what it would have been like in the 19th century when operations were carried out by the aforementioned light source. Three shows this evening will demonstrate just that. Terrifying stuff.

There are more insects in one square mile of rural land than people in the whole world, but who is the real pest? This event decides. 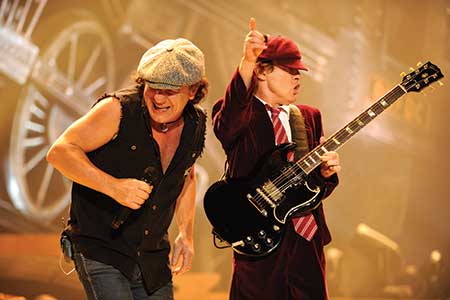 Elvis has left the building – Islington

Islington Museum takes you on a rock ‘n’ roll journey through elements of the borough’s past not normally found in the history books. This one-off event looks at what went on behind the scenes of former nightclub and London hotspot The Rainbow Theatre (which played host to gigs from AC/DC, The Jacksons, Bob Marley, Elvis Presley, of course, and many more).

Pop round for a look about the house and home of the man who, inadvertently, killed god in the 19th century. Darwin proposed the theory of evolution (over intelligent design) and stunned the religion-ruled world. This after hours event takes you into where the famed beardy man lived, with talks about his work, its impact upon society and the conflict it caused Darwin himself and his family.