Now that Baz Luhrmann’s much-hyped The Great Gatsby has finally hit cinemas, it’s bringing vintage chic to the masses, with seemingly every nightspot in town falling over itself to serve up Gatsby-esque cocktails, tunes and dress codes.

Blame the visionary Aussie director for his sumptuous Roaring Twenties set pieces, but the vintage look isn’t only to be the preserve of the socially obnoxious over the next few months.

But don’t panic. Because, as ever, TNT is coming to the rescue. We’re going to help you out with our pick of Vintage London – the bits you can enjoy for pure old-fashioned fun, without becoming a tryhard, selfying/ Pinter(un)interesting bore. (Sorry, vintage geeks!).

Some of the capital’s most inventive vintage nights out at the moment come courtesy of Bourne & Hollingsworth, which hosts the regular (and now legendary among the in-the-know) Twenties-themed Prohibition Party and Forties-style Blitz Party.

B&H’s Andria Stirling tells us: “When we started out there was the real hardcore vintage set at the heart of it, but now it’s people who wouldn’t usually dress in vintage clothing, who aren’t really into that lifestyle, but are just looking for more from a night out.” 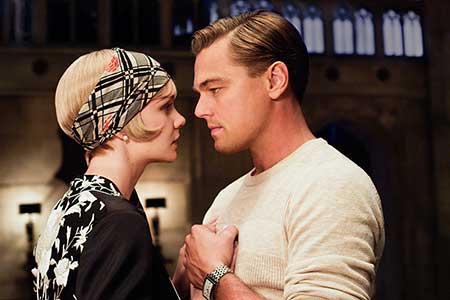 She reckons it’s the “opportunity to escape the humdrum of London” that has made the parties so popular, with good-time guys and girls donning their vintage togs and stepping back in time a reaction to what Stirling calls a once “incredibly dull and unimaginative nightlife scene”.

“London was all plain, dingy clubs and overpriced drinks,” she says. “Now people are enjoying the opportunity to really get dressed up, put effort into an outfit and be a bit more glamorous. Londoners got sick of spending £100 every weekend on a not particularly memorable night out.”

In fact, vintage is becoming such a big part of London life, Rough Guides has just released a standalone Vintage London title. There’s no avoiding it, folks.

So, ready to whack on your spats and do the Charleston? Here’s a quick cheat sheet for London’s most popular vintage subcultures. Get amongst it! 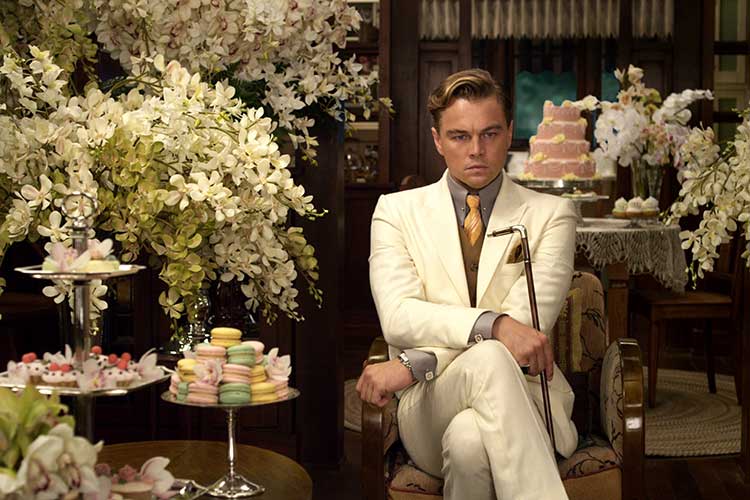 Get involved: The frontrunners here are without doubt the Prohibition Party (next event June 1) and The Candlelight Club. The former packs the punters into a secret location for DJs on gramophones, jazz bands, cocktails served in tea cups and gambling tables. Want something more low-key? The Nightjar on Old Street is a debonair subterranean drinking den serving up Prohibition-era cocktails and live jazz.

Get the look: Ready to invest? Soho’s Lucy In Disguise is great for Twenties silk slips and brocade gowns, and there’s retro hair and make-up styling on the floor below. Blokes need a sharp suit and a hat: Beyond Retro has swoony blazers and waistcoats. On a budget? Hit the high street – you’ll be amazed at the Twenties influences. Ladies, Claire’s Accessories has rails of cheap faux-pearls.

Don’t say: “But The Great Gatsby is shit.” 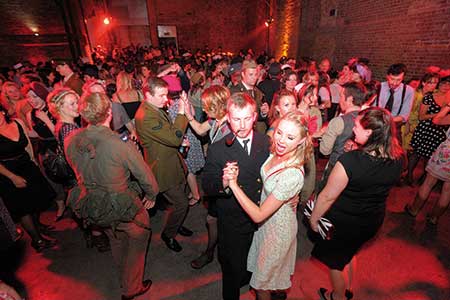 The scene: Swing dancing, Lindy Bop dresses, fedoras, military wear, Brylcreem – and a stiff upper lip. These are the War Years, after all.

Get involved: The Blitz Party (next event June 8) is the top one for this era, with live big bands and swing dancing taking over a south London bunker complete with sandbags, blackout curtains and searchlights. Get your moves in order first at Saturday Night Swing Club, every second Saturday of the month, which offers three rooms of vintage dancing, classes and drinks until 2am. Or try Swing Patrol, which also hosts social dancing events all over London, including an extra-cool sounding one at Dalston Roof Park on May 31.

Get the look: You can find old-school army uniforms at hogspear.com. Then there’s Revival Retro, just off Carnaby Street, which does a range of Forties garb, from tea dresses to more glam frocks and faux-fur stoles, and men’s waistcoat-and-trousers combos. For bargain finds, try trawling Portobello Market. 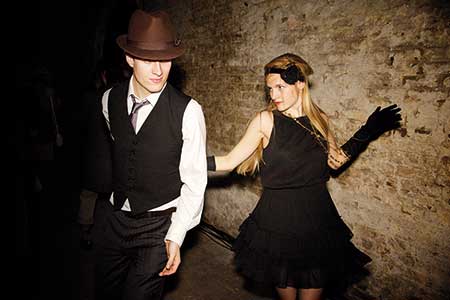 Get involved: For a gentle introduction, swing your hips by Shake, Rattle & Bowl, every Saturday night at All Star Lanes in Holborn. Expect dancing, diner food and bowling. A little more hardcore is Ye Olde Axe (69 Hackney Road, E2 8ET), a dodgy strip pub by day that transforms into a rocking party of hard-drinking, hard-dancing rockabilly rebels on Friday and Saturday nights.

Get the look: Girls, get your knockout dresses from Vivien Of Holloway on Holloway Road, which also does great cropped Fifties jeans and gypsy tops. Boys, head for the vintage shops of Brick Lane, order your cowboy or bowling shirt from sohos.co.uk, or the thrifty can go rooting around Camden Market. 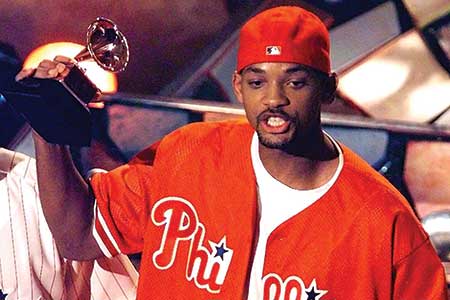 A random fact to chill your bones: That ‘70s Show, Fox’s ‘period sitcom’ starring Ashton Kutcher and Mila Kunis, first aired in 1998, 18 years after the Seventies ended. If an equivalent show were to air today, it would be called That ‘90s Show, as 18 years have passed since 1995.

Feel like an old fogey? Drown your sorrows at one of these tribute nights, celebrating decades so seemingly recent to TNT that we’re comforting ourselves with the word ‘retro’, as opposed to ‘fucking ages ago’.

Club Aquarium on Old Street churns out the Seventies cheese at Carwash every Saturday night, encouraging flamboyant fancy dress and cranking up the ‘wet and wild’ thanks to its in-club pool and Jacuzzi (so don’t forget to pack your swimsuits). 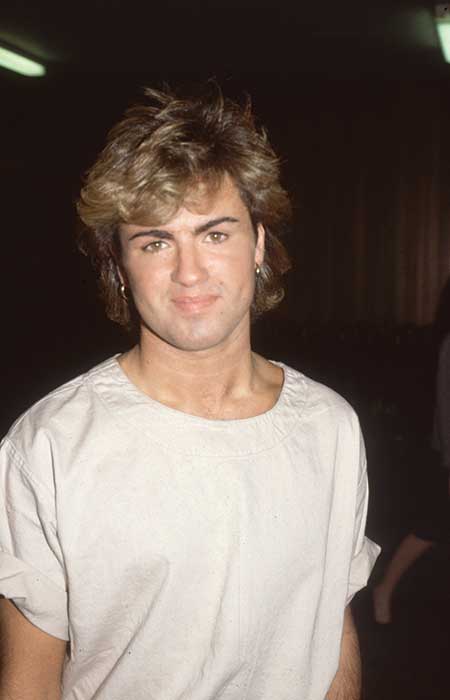 This City bar is dedicated entirely to the era of truly terrifying haircuts, spinning decade-specific tunes ‘til 4am on Friday and Saturday nights. Dressing the part is appreciated and May 31 even sees a special ‘Hawaiian Shirt Party’. The house’s signature Cheeky Vimto Partini will probably make all of this seem like a good idea.

Head to the Barfly in Camden on May 26 for an epic ‘I Love The ‘90s vs Silent Disco’ night. There’s Nineties pop, rock, hip-hop and Britpop downstairs, and a silent disco upstairs if it all gets a bit much. Regular Nineties nights are at Camden’s The Jazz Cafe, with some drinks just £2.40. Fresh. 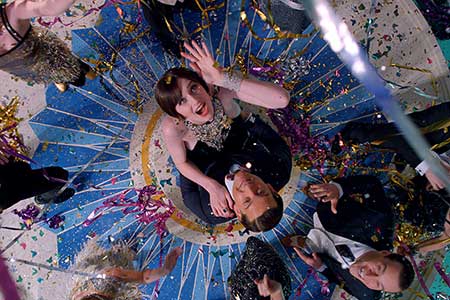 3 Reasons to see The Great Gatsby

The best 3D since Avatar:  Baz Luhrmann’s latest opus, wrapping in December 2011 and then undergoing reshoots and more than a year in production, opened to mixed reviews. But one thing the critics agreed on was the top-notch 3D, adding extra pop to the director’s signature lavish style.

It’s make or break for Baz Aussie Luhrmann has traded on his boldly cartoonish visuals ever since he blew up Shakespeare’s Romeo & Juliet into a sexy romp for the MTV set. But there are murmurs the director is becoming a one trick pony with this outing, sacrificing story for too much over-the-top pomp.

Leonardo DiCaprio in his prime He still looks like a pubescent lesbian, but Leo impresses in every role, and there’s no reason to think his Gatsby will be any different. His character’s entrance alone has hogged column inches.

2012 Horoscope: Read your stars for next year

Cost of living in London