The match was due to kick off at 19.45 but the team left the pitch and had to be coerced back to participate.

“Our team was not going to participate unless the problem was solved properly,” North Korea’s coach Sin Ui Gun said after the match.

“Unfortunately it took some time later for the broadcast to be done again properly and we made the decision to go on with the match.

“If this matter had not been solved, continuing would have been nonsense.”

London 2012 organisers have apologised for the error, and have promised that steps will be taken to ensure that such a mistake does not happen again.

North Korea went on to win the match against Columbia 2-0. 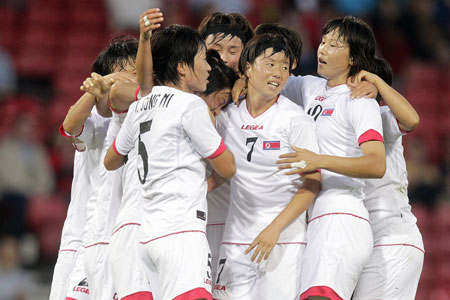