Notting Hill Carnival: The sound of summer – we talk to the sound system veterans

This weekend, west London wakes from its polite slumber to serve up its annual two-day feast of unbridled hedonism. It’s the 48 hours Londoners reclaim their streets, not worrying about cars or about disturbing others, but concentrating solely on having fun.

The Carnival, Europe’s biggest street party, attracting more than a million people over the August bank holiday weekend, is led by the city’s West Indian community, its roots stemming from celebrating the abolition of 19th-century slavery in the Caribbean.

Today, nothing seen on the streets of Chelsea, Kensington and Notting Hill should surprise any carnivalgoer.

But after shoulders have hosted snakes, bellies have been stuffed with jerk chicken/ goat curry and eyes have been nourished by the miles of colours making up the event’s showpiece procession, feet will want to move and booties will want to shake.

That’s where carnival’s sound systems come into play. More than 40 of the beasts, each spewing forth a diverse range of vibrations, will be in action this year.

If there’s a musical genre with a bass and rhythm, it’s likely to heard in west London this weekend.

“I love the fact you just wander round and you can hear some mad dubstep, really sort of cutting-edge stuff that you’ve never really hear before, and you walk another block you’re into some proper old-school roots/ reggae“ says Sancho Panza sound system founder, Jimmy K Tel. 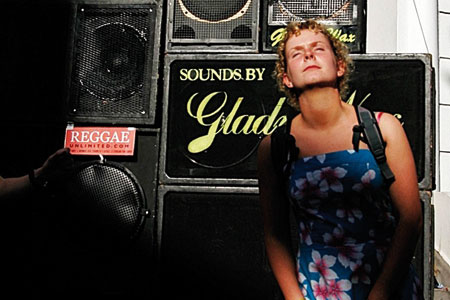 “And then around the corner, Norman Jay’s Good Times is playing funk, house, disco house and a bit of anything. Then come to us and everyone’s smiling and jumping to house.“

And while K Tel may be nearing two-decade presence at carnival, he’s got the enthusiasm of a first-timer, a man with a party fever for which there’s no cure.

“The thing that’s going to catch you is the music,“ he warns. “You might end up following a float and end up with a headdress on, blowing a whistle, then bumping and grinding with someone you’ve never met before.

Next thing you’re in a jumped-up dubstep trance going mad. What a time.“

Over at Wornington Rd, another veteran, Keith Franklin, manager of the KCC and the Rocking Crew, is also champing at the bit to unleash his serving of soulful club classics and house on the masses.

This is KCC’s 21st appearance, and this year the sound system will host DJ Spoony, Paul ’Trouble’ Anderson and a host of guest international DJs. 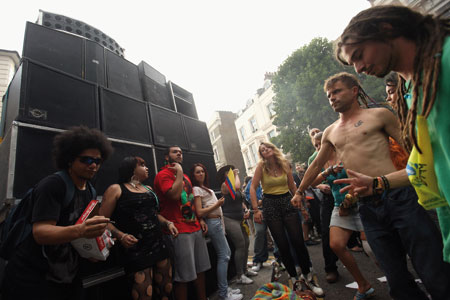 “We’ve got a strong crowd, a nice party crowd, and we host a great party,“ Franklin promises, buzzing at the thought of faces both old and new bobbing up and down to his vibrations.

“Everyone’s on about how the Olympics brought people together, but Carnival’s been doing that for 40-odd years.

“The real beauty of it is that lots of people come together that might not normally come together. And it’s not just Londoners; it’s people from all over the world. That’s the main thing. That’s the thing I love.“

Franklin’s sentiments are echoed by Rapattack manager Alistair Roberts, who will help turn All Saints Road into a bubbling cauldron of beats with the help of 40,000 watts of speakers.

He says that during the 28 years Rapattack has performed, as the crowds change, so has the music.

“The Carnival sound has now progressed to something that’s a representation of the UK and London as well as Caribbean art,“ Roberts says.

“Across it, the British elements are really important because the underground party scene and the clubbing scene, in which sound systems were heavily used in the 1980s, had their own particular cultures as well.“

Roberts, whose DJs all spin vinyl, rather than MP3s, still remembers the Carnival days where all an artist had to do was turn up with a speakerbox and go for it.

Nowadays, though, bureaucracy abounds. Licences for premises, alcohol and street distribution, and meetings with police mean it’s a very different party than it was 30 years ago. 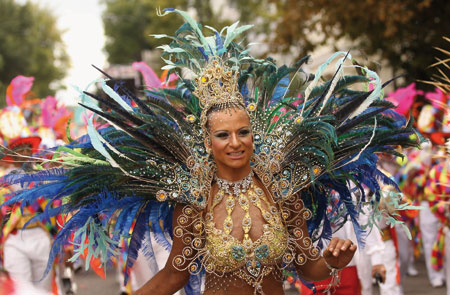 “It’s worth it for us because we’re known as one of the best around and get sponsorship from Red Bull,“ Roberts says. “But some of the sound systems don’t get any funding from arts councils or government to put on a showcase.

“It can cost up to £20,000 for a system, plus all the work that goes into it. Many have to find those funds themselves.“
Still, he says, on the day, it all becomes worth it.

“The crowds are great fun. They just go to have a good time. We play right across the board – everything from James Brown to Beyonce – so it’s a very mixed crowd and one that know how to really enjoy themselves … and they do.“

If all that’s not an invitation to get yourself out in the streets of London this weekend, then perhaps your life needs examination; perhaps the roaring fire that once fuelled your sense of fun has been reduced to a smouldering pile of embers.

But if, like K Tel, Franklin and Roberts, something about the sight and sound of open-minded and open-hearted individuals getting lost on a musical journey excites you, you’re in the right spot. 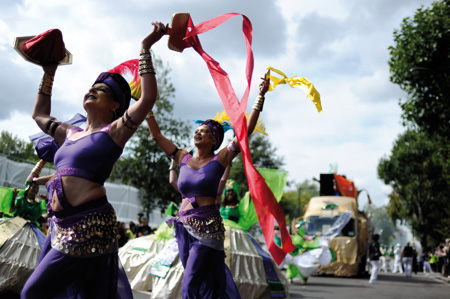 Musical tastemaker Gilles Peterson will supply world rhythms from the rooftop of Brixton Clubhouse. Give your ears an ongoing musical treat.