NRL 2013 – Bring it on: We ask the big questions we look forward to seeing answered on the field

A new CEO, a big money TV deal to swell the coffers, a change to the referees’ hierarchy and the return of one of the code’s most controversial figures preceded this week’s kick-off.

Here’s some big questions we look forward to seeing answered on the field.

Could this be the year of JT?

Johnathan Thurston (main image) is a superstar, but 2013 is shaping up as the year he goes into the stratosphere.

The North Queensland halfback is now undisputed numero uno for Queensland and Australia in the most important position on the park.

The way he handled himself when stepping in at the season launch for mate Ben Barba also showed a new level of maturity: ”I am proud to play in the toughest competition in the world, where the skills, power and courage of the players amaze fans each and every week.” 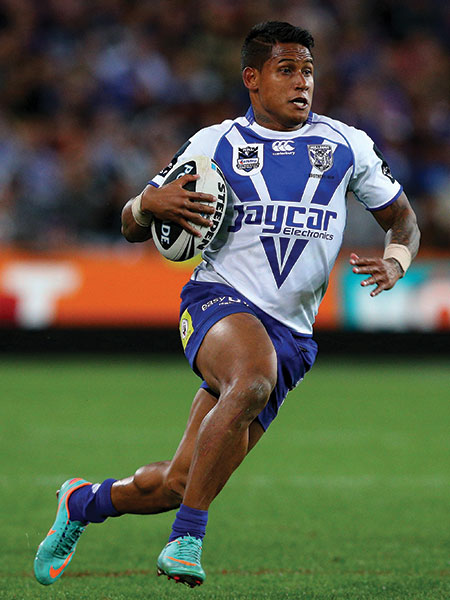 Can anyone stop the raging Storm?

The salary cap scandal was a bigger issue for everyone outside the Melbourne side, who followed the stripping of three minor premierships and having to play a season for no points, plus whopping fines and the loss of some key players, with a grand final win.

Coach Craig Bellamy said two days after the penalties were imposed that “we will fight our way back from here, and that fight starts today”.

He kept the spine of Billy Slater, Cooper Cronk and Cameron Smith together and has now committed to the club as well.

They deserved the victory over the minor premier Bulldogs last year and already have a trophy in the cabinet after beating Leeds Rhinos in the World Club Challenge.Will black sheep Barba hurt Doggies?

Beware the bitten Dogs. While it’s devastating that such a prodigious talent as Ben Barba won’t play until he gets his life in order, the siege mentality coach Des Hasler has built around his team is his element – and he has experience dealing with similar issues at Manly, where he won a premiership.

“He is not just a great rugby league coach, he has outstanding people skills and he will put Benny and his problems ahead of the football,” former Manly official Peter Peters said of the gruff coach. They’ll be there at the end. 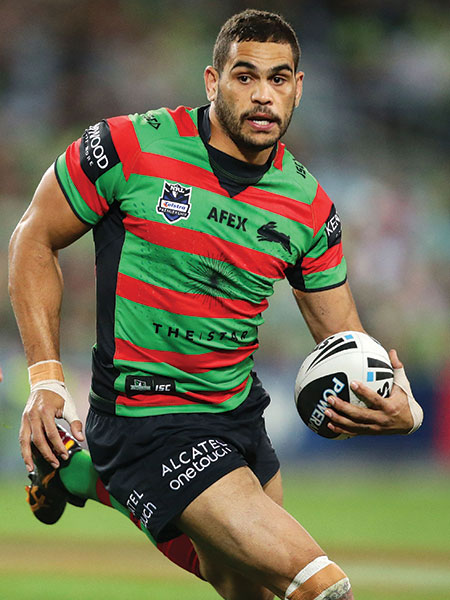 Will the Bunnies finally live up to the hype?

The bookies think so, with the South Sydney Rabbitohs third favourites to win the title behind Bulldogs and Storm.

Greg Inglis is looking like the Incredible Hulk and already showing, if he can stay fit, that he’ll terrorise defences this year.

But it’s easy to forget that last year, when the side made it to the second last weekend, was their most successful season since 1989.

They’ve lost dynamic but inconsistent giant David Taylor to the Gold Coast, but his replacement is impressive in Ben Te’o from Brisbane.

A year under rookie of the year playmaker Adam Reynolds’s belt will also do the world of good to Michael Maguire’s men, while the absence of Russell Crowe from the dressing room may save them a distraction.

Can the Shire really challenge for the ring?

Cronulla’s line-up is impressive and it would be a surprise if they don’t follow up their first finals appearance since 2008 with another appearance at the business end of the season.

It hurt them badly when they lost Todd Carney to injury in the elimination final, but he’s back on deck behind the epic Paul Gallen.

He has some classy support from new recruits Chris Heighington, Beau Ryan and Luke Lewis as well. Coach Stuart Flanagan has every right to be confident, but results come on the field, not on paper. 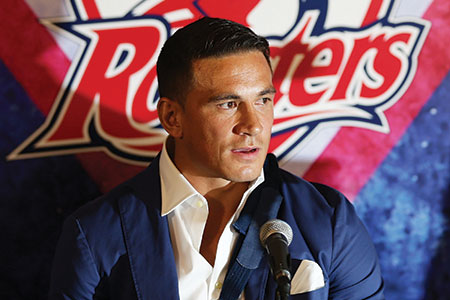 Is Sonny Bill Williams worth the fuss?

In signing the so-called ‘Money’ Bill, who’s played for the All Blacks and won a dubious boxing title since deserting the Doggies in 2008, the Roosters have secured their place as the team everyone else wants to see fail.

New coach Trent Robinson gets a baptism by fire when they play the Rabbitohs on Thursday.

Meanwhile, another new recruit, Michael Jennings, slagged off his former Panthers mates saying it’ll be “so much easier playing with quality players”.

Every story needs a villain, and the Bondi Junction lads are it.

Can Sticky save the ailing Eels?

The good news for Ricky Stuart is the only way is up after he inherited last year’s wooden spooners Parramatta.

Great expectations were met with a thud, with the big money Chris Sandow got to leave the Bunnies not validated.

Stuart is the man who can bring out the best in the talented number seven, but Jarred Hayne must shine for them to be a chance. 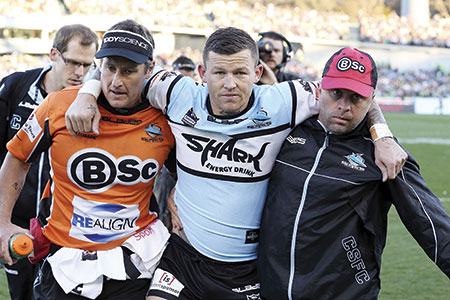 Can the whistleblowers get it sorted?

Early moves to give refs back their authority – the backing to make decisions on the spot – are encouraging.

Ditching the stupid ‘Benefit of the Doubt’ ruling for tries is wise, but it’ll be interesting to see how they handle the abolition of the shoulder charge from the game. Fingers crossed that common sense reigns supreme.

Will the image bypass be a success?

The look on Jessica Mauboy’s face when Thurston gave her a Cowboys shirt with her name on it at the launch was priceless.

Getting a talented singer and a league fan to sing the theme song, a dance version of Etta James’ Something’s Got A Hold On Me, is a good look for the game. 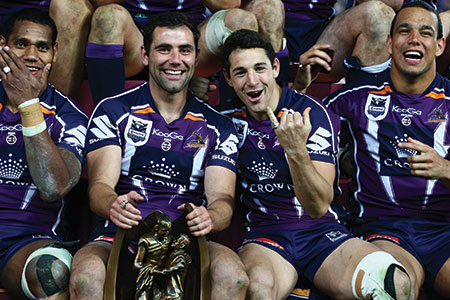 It took until the 11th hour – last Thursday, seven days before the season starts – but Premier Sports has delivered the goods for UK-based NRL fans.

The subscription sports broadcaster won the rights to show all of the NRL’s products, including all eight NRL games each week, with at least six of them live.

Premier Sports has also wrested the grand final and all three State of Origin games from Sky Sports, as well as the Anzac Test match and the All Star game.

How NRL supporters could watch their team was up in the air until Premier announced it had secured a five-year deal last week.

Don’t spend it all at once: PayPal credits man with $92 quadrillion

Garorock 2016 Savages, the Kills, the Hives and more