The Harlequins flyhalf had sure earned his time on the waters of Whitianga, on New Zealand’s Coromandel Peninsula, helping lead his club to a historic Premiership title and being voted the player’s player of the year along the way.

In addition, he had racked up 1000 points for Quins, chalked up his 99th cap and played in front of two world-record crowds. It’s an understatement to say the “mad-keen” angler deserved some rest.

“It was nice to go back,” Evans remembers. “The great thing about New Zealand is that it doesn’t change very much, so it just feels comfortable, playing golf with the old man and mum and going fishing.”

But while it may have been snapper, kingfisher and hapuka over the summer, Evans now has bigger fish to fry. 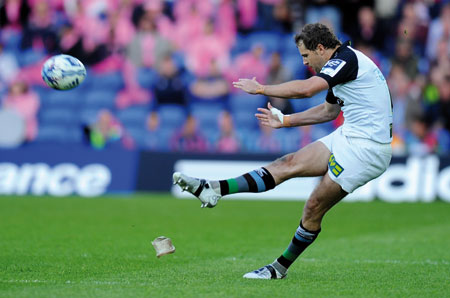 A defence of the Premiership begins against London Wasps at Saturday’s Twickenham double-header and the former All Black expects the coming season to be far harder than the last.

“We’re no longer Quins, the team that wins a few big games here and there,” Evans says.

Evans, a 16-Test international, is relishing being part of a competition increasingly showcasing an attractive brand of rugby. The Premiership’s 12 teams are realising that unless the rain is flowing heavily, it’s no longer enough to just kick the ball around, hoping for a penalty.

Such an attitude shift helped the northern hemisphere international teams push their southern counterparts close in June’s Test and the Harlequins superstar says such an improvement begins at club level. “There are more teams now that are trying to play a lot more rugby. 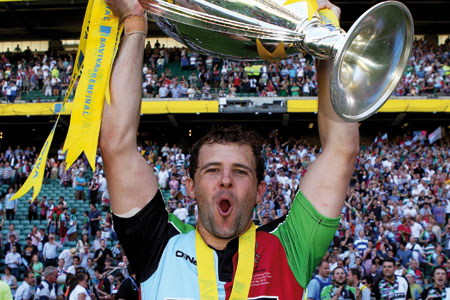 Historically, it was Quins, Bath, London Irish, the Tigers, to a point, that tried to play the most rugby, but now teams are seeing they need that flair,” he says. “Every side’s got a good goalkicker these days, so teams are realising they need to score tries.“

The English rugby public are responding; last season, 83,761 people watched Harlequins defeat Saracens at Wembley, just months after 82,000 fans filled Twickenham to watch the same teams do battle at the home of English rugby. It’s an exciting time to follow the competition.

“People are coming because the games are far more exciting now. They’re close, but at the same time players are scoring tries and it’s great to see,” Evans says, still pinching himself at the size of the audiences he performs in front of.

“We got 80,000 for the final – how good’s that? That’s something I never thought would happen when I came over here, I never thought that was even possible. It was just crazy.”

For the 32-year-old, who arrived in England in 2008, frustrated at his misfortune to be stuck behind once-in-a-lifetime player Dan Carter for the All Blacks number 10 jersey, the Quins experience ranks among his career highlights. 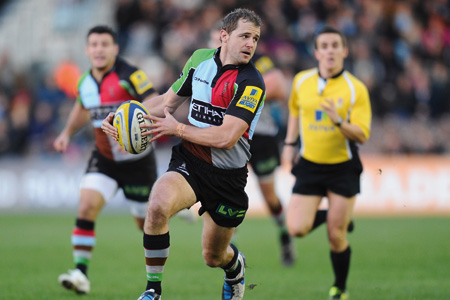 Apart from finally knocking Leicester Tigers, the Manchester United of English rugby, off their perch, he’s relished having a major leadership role at the club, working closely with the Harlequins academy players to ensure a legacy at the club.

“When I came over, the attraction to the club was that they wanted me to be leader, to be a guy to influence these young players, a role model and I’ve really enjoyed it,“ he says.

“They keep me on my toes and I’ve learnt a lot from them as well. I’m a fan of the system here. You’ve got these young guys, straight out of school some of them, who are picked up by the Quins academy and have been integrated straight into training with guys like [England captain] Chris Robshaw.”

Evans also can’t speak highly enough of Robshaw, his club captain, a man who wasn’t involved in the World Cup but less than 12 months later leads his country. The flyhalf even goes as far as drawing comparisons between Robshaw and All Blacks leader Richie McCaw.

“The thing is, like Richie, he does the talking on the field,” Evans says. “He’s been right on the money as soon as he’s been put in that position for England and I think the side has responded to that and they seem to have played for him. 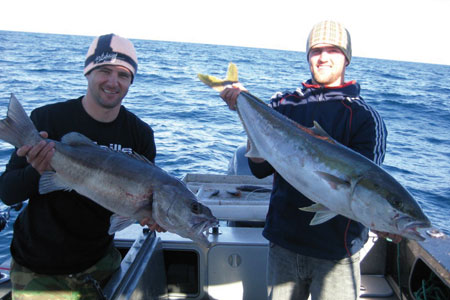 With a great squad, goals of excellence and a title to defend, it’s not as if Evans needs any more motivation to perform this year. However, he draws more strength from the realisation he’s in the final year of his latest contract, that this may be his last chance in the multi-colours of Harlequins.

Should he move on, New Zealand would not be an option, Evans saying a return home would be a backward step.

He is 32, and the All Blacks would be a bridge too far, although only in the southern hemisphere would a player of his calibre struggle to make the national squad. He does, however, view the next move as crucial.

“I’ll do my research. If it’s not Quins, it could be Japan, France or elsewhere in Europe,” he says.

“I’ll be pretty sure to pick the right place. I still want to play good rugby, I don’t want to be a guy that just cashes the cheque, so I have to make sure I go to a place where I’m going to be of use.”

Such an attitude will go a long way towards more success this season and beyond, wherever the game takes him.

Evans may be the fisherman, but upon hearing his goals for the future, the CEOs of rugby clubs worldwide will be baiting their hooks in anticipation of landing what would surely rank among the catches of their lives.

Double the fun: Premiership kicks off

As Harlequins line up to begin their title defence this Saturday, the other London clubs will be plotting how to stop them. Wasps are first up at the weekend’s Twickenham double header.

They’ve been bolstered by the arrival of 110-Test veteran Stephen Jones, of Wales. His battle with Nick Evans will be one to watch.

In the day’s other game, London Irish, who finished seventh last season, will put in a big effort against Saracens.

They’ve lost a lot of experienced players, but Irish international halfback Tomas O’Leary will look to spur his forwards on against a very physical opposition.

For Saracens, keep an eye on young England flyhalf Owen Farrell (above) and the extremely mobile Saffa hooker Schalk Brits. It’s going to be a great battle.

For a chance to win tickets for you and five mates, see page 26 of this week’s magazine.

Hate Chris Brown? There’s an app for that

Treatment of the week: Blow dry and manicure at House of Rush