It’s been hailed a tremendous victory for non-smokers around the world. Last week, Australia’s High Court dismissed a challenge by big tobacco companies to government plans to change cigarette packaging.

It means, as of December 1, Australia will become the first country in the world to require packets to be unglamorous, with plain-olive colouring, featuring shock-factor graphic health warnings and no logos.

British American Tobacco, Japan Tobacco International, Philip Morris and Imperial Tobacco Australia are the companies that were fighting the decision, and will have to pay the Commonwealth’s legal costs, which could run into millions.

The High Court rejected their argument that the value of their trademarks will be destroyed if they are no longer able to display their distinctive colours, brand designs and logos on packs of cigarettes.

“Many other countries around the world … will take heart from the success of this decision today,” said attorney-general Nicola Roxon, whose father, a smoker, died of cancer when she was 10.

“Governments can take on big tobacco and win and it’s worth countries looking again at what the next appropriate step is for them.”

Roxon urged big tobacco to now “accept the decision of the umpire” and drop international efforts to curb plain packaging. “This [victory] will only improve the government’s ability to defend strongly any actions that are taken in international forums,” she said.

And Australia’s health minister, Tanya Plibersek, followed suit, dedicating the court victory to big tobacco’s victims. “For anyone who has lost someone to smoking – this one’s for you,” she said.

Many see the move as another step towards banning smoking in all public places – although with smokers accounting for 17 per cent of the population in Australia, and high taxes of $16 (£10) for a pack of 25 cigarettes, the question has been raised as to how the government would replace that income.

Australia has already outlawed smoking in restaurants and bars. And this week, New South Wales passed laws extending that to playgrounds, sports grounds, swimming pool as well as bus and train stations. 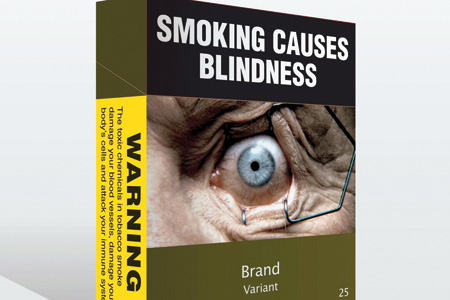 But, while non-smokers celebrate, claiming it will save lives and prevent younger generations from picking up packs of ciggies in the first pace, pro-smoking groups say the new packaging, which will show images of cancer-riddled mouths, blinded eyeballs and sick children in hospital beds, won’t make any difference to sales.

Simon Clark, director of pro-smoking group Forest, which runs the Hands Off Our Packs campaign, said: “We support all reasonable attempts to discourage children from smoking, but putting cigarettes in plain packs is pointless.

“There is no evidence to support the claim that plain packaging will prevent children from taking up smoking.

“Putting cigarettes in standardised packs is tantamount to state-sponsored bullying. It is yet another attempt to denormalise a legal product and stigmatise those who consume it.”

Clark also urged the UK government not to follow the example set by Australia. “Over 235,000 people have signed the Hands Off Our Packs petition against plain packaging,” he added.

“There is also opposition from retailers and shop workers, plus serving and retired police officers, who are concerned about counterfeiting and the sale of illicit tobacco, which plain packaging is likely to encourage.”

The High Court ruling comes after a survey revealed just 28 per cent of people believe plain packaging will deter young people from smoking.

Usurv quizzed 1000 people (36 per cent of which were smokers) in the UK, with 85 per cent saying it wouldn’t help smokers to kick the habit.

TNT opened up the debate on our Facebook page, asking whether the new packaging will stop more people from smoking. And asking if people should be allowed to make their own choices about their health.

“I don’t see how plain packaging will make much difference,” Bee At Mammalarocca wrote:

“People should be free to make their own health choices so long as they don’t impact those around them and as long as they are prepared to pay personally for health consequences.”

Bianca R Vieira said: “Drugs will kill you and so will cigarettes. Why not make cigarettes illegal if they’re lethal, too? Or is it because cigarettes are a long-term killer?”

And Andrew Henderson summed up his views with the succinct comment: “Nanny state strikes again!”

With one in every 20 hospital beds in England occupied by a patient with a smoking-related illness, and 1260 adults admitted to hospital everyday due to the habit, officials are pushing for something to be done to unburden the NHS, and improve the health of younger generations.

But whether the new marketing requirements of plain packaging for cigarette packets make a difference to the number of teenagers smoking remains to be seen. 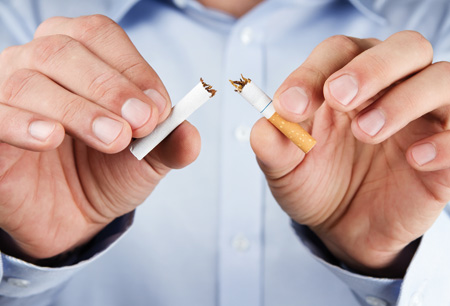 In a “groundbreaking” move, from July 2015, smoking will be banned in outdoor areas such as bus stops, train stations, taxi ranks, swimming pools and within 10m of children’s play equipment.

However, clubs and pubs may allow smoking in gaming rooms if 75 per cent of the area is uncovered.

And a Labor amendment to include The Star casino (pictured) was voted down in state parliament.

A smoking ban would be a big blow to attracting wealthy high rollers.

It would also damage the owner’s push to build a ‘six-star’ hotel on Sydney’s Barangaroo site.

The government said it was assured no worker would be forced to work in the high rollers’ room.

However, critics said profits were put being health.

Will the plain packaging encourage smokers to quit? Should the UK follow suit? Tell us your views – letters@tntmagazine.com