Off the beaten path in Tassie: We road-trip through Tasmania’s breathtaking landscape

If there’s one place more beautiful than Australia, it’s Tasmania. What’s that you say? Tasmania is part of Australia… Well, it may be on paper, but ask anyone who’s been there and they’ll tell you the landscape has more in common with Switzerland or the American Rockies than mainland Australia, while the state’s cities and towns – replete with beautifully restored sandstone churches and bridges and a seemingly endless supply of heritage buildings – look like cut-outs from Ireland or Wales. Interestingly, Tasmania is also the world’s largest producer of opium. That’s legal opium, mind you – medical-grade alkaloids like codeine and thebaine destined for pharmaceutical labs abroad.

Still, the last thing I expect to see as I motor into the broad Forth Valley west of Launceston is a sea of purply-white poppy fields. But that’s Tasmania for you – a surprise around every corner. Compact enough to drive from one end to the other in a day, this mountainous, heart-shaped island packs in a staggering variety of scenery, from snow-capped mountains to white sand beaches, to places where you can see both at the same time. 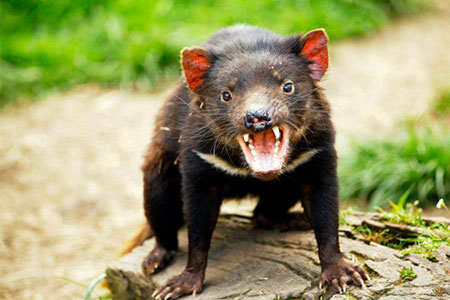 Originally, I’d intended on driving my own car from Sydney to Melbourne and catching the overnight Spirit of Tasmania ferry to the port town of Devonport. But after I learned how much it cost (every passenger accompanying the vehicle must purchase a seat, bunk or room on top of paying for the car); and how seasick I would become (the Bass Strait has some of the roughest seas in the world), I figured it was cheaper to fly to Launceston, hire a car at the airport, drive around, drop it off at Hobart Airport and fly back home.

As it was still wintery when I visited in October, I hired a sedan and crashed out at B&Bs, motels and hostels I passed along the way, though there are unlimited camping options in the summer. Alternatively, you can hire a campervan with two-six beds and kill two birds – accommodation and transport – with one stone.

And a word to the wise: unlike in other Australian states and territories, all drivers of rental vehicles in Tasmania need to nominate themselves with a valid driver’s license at the place of hire. Failure to do so will leave your vehicle uninsured. 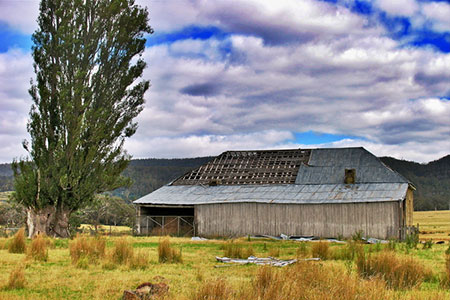 Set on the banks of the Tamar River in Tassie’s north, Launceston retains a small-town air despite a population of 100,000. With quaint hillside suburbs lined with Federation-style houses and architectural gems like the neo-Egyptian synagogue, Launceston is not without its attractions. Yet I’m keen to hit the road and explore Tasmania’s chief asset: its countryside. Beyond the fertile Tamar Valley and its parti-coloured checkerboard of Dutch iris, canola, and poppies, my route takes me west along the Bass Highway, past golf-course-green hills and the seaside towns of Penguin, Sulphur Creek, and Wynyard.

I stop for lunch – a generous serving of crumbed Tasmanian scallops – at a waterfront cafe in Boat Harbour. Fronting this postcard-perfect village is a quartzite beach with the bluest water I’ve seen outside of Tahiti. The waves are lapping and gentle here, nothing like the raging breakers I saw battering the coast an hour earlier. I end the day at Stanley, 226km north-west of Launceston. Set on the end of a narrow isthmus beneath a towering volcanic plug called the Nut, the historic township first settled in 1826 resembles a Cornish fishing village, with rows of brightly coloured cottages arranged around a tidy bay. A popular tourist haunt in the summer, Stanley is home to more than a dozen hotels and B&Bs.

I spend the night on the outskirts of town at the Beachside Retreat West Inlet, where four self-contained cabins overlook kilometres of empty coast.

As I arrive late, I’m invited to dine with owners Chris and Janette Bishop, who also raise grass-fed cattle on the property. The meal consists of home-made vegetable soup, thick eye-fillet steaks butchered on-site, and a garden salad picked fresh from Janette’s garden. “We’re spoiled rotten when it comes to food in Tasmania,” Chris says. “The only challenge is deciding what not to put on the menu.”

Rocky, the Christchurch earthquake survivor, travels the country for charity