Opinion: British citizenship test fail is a lesson in ‘out of touch’

Take a look at this sample question from a British citizenship test: what proportion of the UK were killed by the Black Death? It’s multiple choice, so maybe that will help.

Possible answers are a quarter, a third, half or three quarters.* Still stuck? Don’t feel bad; I imagine only the most dedicated historian can claim to know.

Nevertheless, the Tories have got all hot and bothered because a Labour MP dared to point out the bleedin’ obvious: that most home-grown Brits know “bugger all” about British history, which makes it a tad galling immigrants are expected to learn this stuff to earn the key to the country.

Sadiq Khan, a red and MP for Tooting, said the situation “frustrated” him, prompting Tory MP Mark Pritchard to huff: “If Labour want to scrap the citizenship test they should declare it openly.”

Truth is, anyone in their right mind should want to scrap the citizenship test in its current form, because it makes absolutely no sense.

David Cameron announced he was overhauling Labour’s test last October, replacing questions about the laws of the land with a ‘Life in the UK’ exam, aimed at encouraging integration into society by putting “British history and culture at the heart of it”.

If there’s any better evidence that the Tories know zilch about the country they’re running, I’d like to see it.

Because the idea that immigrants will better sew themselves into Britain’s social fabric by knowing the answer to, “Which British prime minister oversaw the introduction of the NHS?” (another genuine sample question*) is laughable.

Indeed, what the Tories are so insistent on teaching is more likely to set immigrants apart from British-born folks, as I’m confident in estimating 99 per cent of the latter would fail this test.

David Cameron might be pleased with the idea of an army of immigrants in bowler hats quoting the Bard, but it would leave everyone outside of the Houses of Parliament scratching their heads. 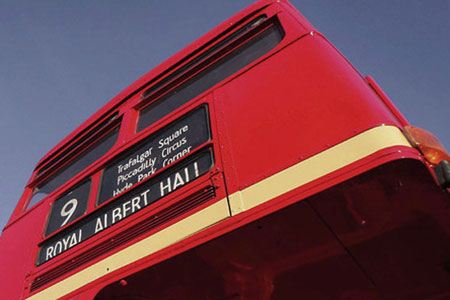 The news that cystic fibrosis sufferer Mark Barwell, carrying an oxygen tank and with tubes in his nose to help him breathe, was refused a ride on a London bus because the driver wouldn’t accept his £5 note, is no surprise.

Yes, the story is typical ‘what is the world coming to?’ tabloid fodder. But it’s also a great example of what bastards the capital’s bus drivers tend to be. We’ve all had that moment, right?

When you’re running for the bus, you see the driver spot you in his wing mirror, and just as you’re almost at the doors, a film of sweat coating your forehead and your heart about ready to bust out of your chest, the fucker pulls away, a sneer of contempt plastered across his piss-soaked-nettle-chewing face.

It’s sad when people who have so little power become maniacally obsessed with wielding the shred that they do have, but in Mark Barwell’s case, it can also be downright dangerous.

Photos: Getty  *Answers: There’s a debate over whether its one third or a half; Clement Attlee