Opinion: Josh Thomas ‘Yo Mamma’ joke controversy must mean no problems in Oz and Jay-Z freebies bad for music

The politically sensitive were up in arms last week about a tweet from Aussie comedian Josh Thomas regarding Tony Abbott, one of many from the stand-up about the probable future Prime Minister of Australia (it’s real folks).

Before going any further, here is the offending 140-ish character quip: “Stop the boats? I would prefer it if you stopped YO MOMMA from comin’ round my place at night for sex. #Political”. Yep, fairly harmless by ‘yo momma’ joke standards – go and check out yomommaso.com for actual offensive ones, if you like.

It was sent by a person whose currency is chuckles to his followers, but it was the conservative Liberal leader’s lackeys (fair to say not his followers or fans) who took exception to it, and the mainstream media bit.

Assuming you too weren’t irrecoverably lacerated by its comedic barb, let’s ask why it made headlines of all national papers: “Stop the boats?” For Thomas, a presumably left-leaning young Australian, immigration and Abbott’s liking for the three-word slogan isn’t enticing his vote at the forthcoming election; “I would prefer it if…”: A standard polite precursor to an insult in the ‘I don’t mean to offend’ and ‘with all due respect’ family; “If you stopped YO MOMMA from comin’ round my place at night for sex”: This appears to be the bit where he went too far for some.

If taken literally, he’s saying Abbott facilitates sex visits by his mother to Thomas’s place, and that they’re unwelcome. If taken literally, and I’d hate to risk misinterpretation here, you are a moron. For starters, since Thomas came out as gay and his comedic material focused increasingly on this life choice, we know he’s not interested in sex with women – Toby Abbott’s mum or otherwise.

In a statement to the Herald Sun, Thomas said: “I was just trying to raise the tone of Australian policy debate from where it has been the last few years.” A base comment that all politics is silly just like his tweet, sure, but the fact it’s become a thing says Oz is going OK, or down the path of a scary, oversensitive, selectively politically correct slope. Eek.

» Agree or disagree? Were you offended by the Abbott’s mum jibe? letters@tntmagazine.com 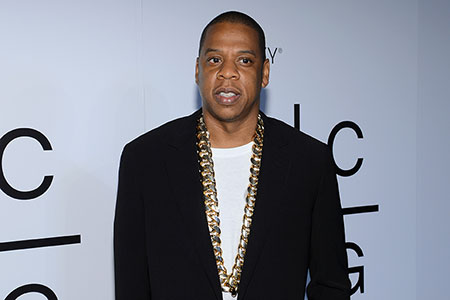 It was a sad moment for music fans last week when Jay-Z gave his new album away for free in a lucrative deal with Samsung mobiles.

The rap Goliath’s arrangement with the Korean giant was for a copy of Magna Carta Holy Grail to go to the first million Galaxy S III, Galaxy S4 and Galaxy Note II device owners on Friday, three days before it went on sale. The company paid US$5 a copy (US$5m in total) to do so in a deal which doubled the 99 Problems star’s best ever first week “sales”.

Billboard has called bullshit on the move in terms of its chart, saying it’ll count from when the public can buy the work, but Jay-Z won’t care. MCHG is platinum before anyone heard a note and he’s got money in his pocket.

I don’t begrudge the guy his business savvy, but it sucks for those of us who live in fairy land and like to think there’s still a chance for a band to release an album and find out if the public likes it or not.

Petero finally has petrol in the tank