Opinion: New flight route through Dubai is only ‘unsafe’ for Aussies if you’ve not been arsed to understand the law

Cracking open a stubbie on the street; having sex on the beach; sunbathing with your bits out. All are acts that could land you in jail in Dubai, which is set to see an influx of Aussie visitors now that Qantas has taken the decision to route all of its Europe-bound flights through the desert state, which is part of the UAE, a Muslim country.

The news has upset non-profit group Detained in Dubai, which helps people who get into legal strife in the UAE, and the organisation is calling on Qantas to raise awareness.

Radha Stirling, the group’s founder, said she had “serious concerns” for Aussie travellers’ safety, adding there are “numerous dangers to westerners staying in or transiting through Dubai”.

Let’s forget for a moment the illogical outrage from western newspapers when stories surface around what you can and can’t do in Dubai – because it’d also be illegal to crack open a stubbie on the streets of New York; you’d be arrested if you got caught shagging on a beach in England, too; and I welcome any measures that prohibit pasty tourists getting their tits out around the pool – but instead take the issue at its simplest.

When anyone (not just Aussies) travels abroad, they are visiting a different land with different laws. And it’s their responsibility to know what those laws are.

Why the hell should an airline give a toss about whether you’ve done your research or not? Should they check you’ve packed enough sun cream and gone to the toilet before take-off, too? Preposterous.

Ultimately, there’s a sickening sense of entitlement in this idea that westerners could “inadvertently” find themselves behind bars. Because it can only be inadvertent if you’ve not bothered to look into it.

Whingeing that you didn’t know something was illegal isn’t going to cut it in court – because your ignorance is your own damn fault.

» Agree or disagree? Should Qantas be raising awareness about Dubai law? letters@tntmagazine.com 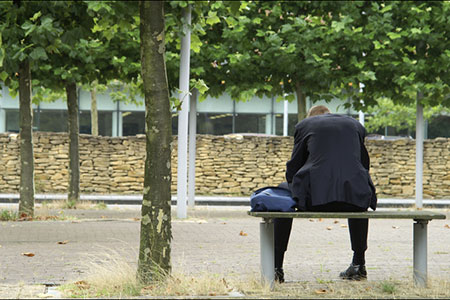 A study of 40,000 homeowners has found that nine out of 10 of the UK’s unhappiest neighbourhoods are in London.

Yep, that’s right, we city slickers are living a life of metropolitan misery, while people in the provinces are walking on air (the happiest town in the country is the quaint Yorkshire spa town of Harrogate, apparently).

Look, sorry to ruin this image of all Londoners as glum-as-they-come, unrelentingly knackered sub-humans worthy of little but pity, but I like living here.

Sure, it’s dirty, loud and there’s fuckloads of people, but damn, doesn’t it make you feel alive?Personally, I couldn’t live anywhere else in England.

Spend more than a couple of nights outside of London and I wind up thoroughly bored. Squished on the Tube but stimulated or out of the rat race with little to do with your leisure but sit on the sofa? London, you can keep me aroused.