Opinion: Sandwiched by a schoolboy – Julia Gillard got off lightly

Julia Gillard has been accused of many things in her rise to Labor PM. She has invoked the love and hate of many and has left a swathe of opponents in her wake on both sides of the political divide. It was a matter of time until someone threw something at her, and she should count herself lucky it was just a sarnie.

Gillard has always been an antagonistic little lady. Speaking only last week on ABC’s Q&A programme, she said she was “the sort of person who likes to have a feisty go”.

There have been many who have found this out the hard way, not least Tony Abbott who famously found himself on the receiving end of a savage tongue lashing last September when Gillard attacked him, in the House of Representatives no less, for being a hypocrite and a misogynist. The speech made her a legend to millions around the world.

When her position was challenged in a botched leadership coup earlier this year by hapless former Labor leaders Simon Crean and Kevin Rudd, their hesitation cost them dearly. Crean put his head above the parapet, called for a leadership spill and found Gillard firing him for his ‘outburst’. She then charged ahead calling a leadership spill of her own, only for Rudd to announce he wouldn’t run a mere 10 minutes before the 4.30pm ballot time she’d called. Proper ballsy.

So while George Bush had a shoe lobbed at his head, Sarah Palin a bunch of tomatoes aimed at her scary face and Tony Blair witnessed a condom of purple flour fly perilously close to his bonce, Gillard gets a tame and off-target breaded lunch snack.

The 16-year-old Marsden State High School ‘culprit’ Kyle Thompson – who has denied it was him (he was trying to protect her), and even explained this to Gillard when he surprised her on a radio phone-in post-sarniegate – has not got off the hook, though.

Gillard said she’ll treat the incident as a laughing matter but won’t issue a ‘prime ministerial pardon’ for the suspended boy. The lesson? Don’t fuck with Gillard, even if you are a spotty – probably hungry – teen.

Agree or disagree? Did Gillard deserve a sarnie or more? letters@tntmagazine.com 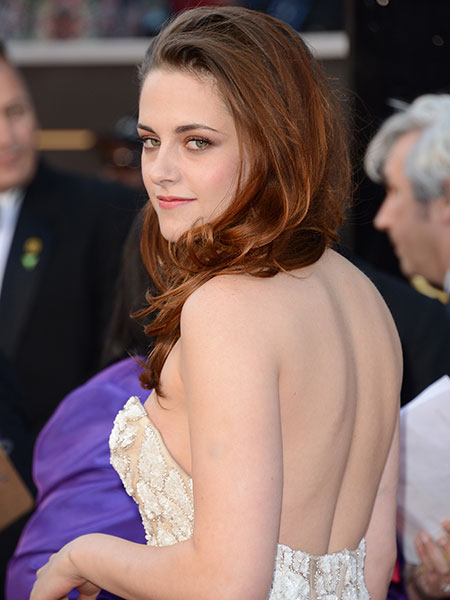 It’s too easy to cast judgement

Tom Cruise and Kristen Stewart recently came bottom in a poll in the US on the most trustworthy celebrities.

Twilight star Stewart did the dirty with her Snow White And The Huntsman director, breaking Robert Pattinson’s fragile little vamp heart, and Cruise has been the focus of much scientologo-speculation since his conversion to L Ron Hubbard’s ‘religion’ – but are they both so untrustworthy they should be pilloried?

The folks of Reader’s Digest certainly think so – they’re not half as reliable as top three Tom Hanks, Sandra Bullock and Denzel Washington. But how would the readers themselves fare if they were honest with themselves about their own misdeeds and lapses of judgement?

Now I am not excusing Stewart’s erroneous behaviour, nor defending Cruise – the horror! – but it’s all too easy to judge  others without turning those same morals in the mirror.