One-way ticket to Mars: 78,000 people have already signed up, would you?

For the adventurous, it would be the trip of a lifetime – the opportunity to leave Earth and set up camp on Mars in the biggest manned space exploration in history. In theory, it sounds like a bad sci-fi film, or a crazy pipe-dream. But it’s not. It’s the mission of Mars One, a company planning to establish a human settlement on the Red Planet in 2023. There is, however, a catch. It’s a one-way ticket – candidates will never return to this planet.

Just two weeks ago Mars One opened its online application process, asking people from around the world to submit a one-minute video outlining their motivations and their sense of humour. So far, more than 78,000 have applied from 120 countries, in the hope of becoming a Mars settler.

Bas Lansdorp, co-founder and CEO of the Dutch company, said: “This is turning out to be the most desired job in history. These numbers put us right on track for our goal of half-a-million applicants. Mars One is a mission representing all humanity and its true spirit will be justified only if people from the entire world are represented. I’m proud that this is exactly what we see happening.” 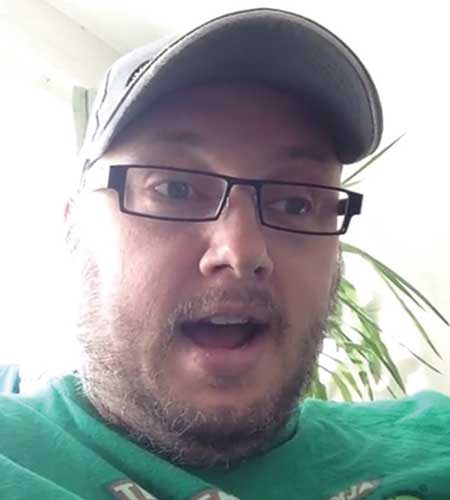 Applicants don’t need military training nor experience in flying aircraft or a science degree. But they must be over 18, and: “Have a deep sense of purpose, willingness to build and maintain healthy relationships, the capacity for self-reflection and ability to trust.”

The application process closes on August 31, 2013, after which, Mars One will take the “most committed, creative, resilient and motivated” people through to the second phase.

There are four stages in total, with the final one ending in 2015. Then, between 28 and 40 people – picked from an audience vote – will be employed by Mars One, undergoing extensive training for eight years until they make the trip to their final destination, emigrating to Mars where they’ll spend the rest of their lives living and working.

So far, 19 Australians, 10 South Africans, 30 Brits and just one New Zealander have uploaded application videos on to mars-one.com (you can send them direct to the company as well). TNT watched some of them to find out why people would apply to make the 400-million-mile journey.

Karl (above) is so far the only Kiwi to apply via the official website. Describing himself in his profile, the 37-year-old says he’s an “actor, turned sound guy, turned writer, turned computer programmer. I’ve pretty much done it all… apart from being a male model, though I do have GREAT legs”. 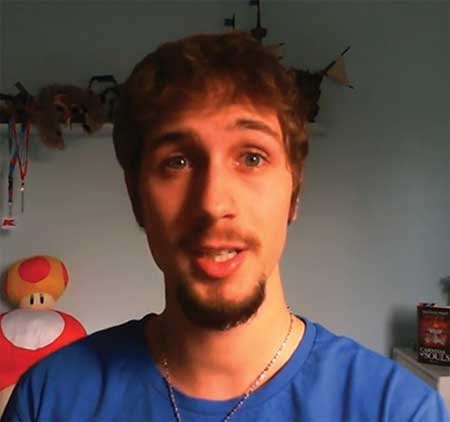 In his short video, which has had nearly 2000 views, Karl explains: “I want to go to Mars because I want to be an evil dictator, and ruling an entire planet would be pretty sweet. I’d also like to be the first person to take a dump on another planet. I’m smart cos I’ve got these glasses and a pretty sweet beard, so if anyone thinks they can beat that… [laughs].”

Student Leigh Colthup (above), 18, who writes that he comes from “the Australia”, says going to Mars is his “real career goal”. He adds: “I love to mess around but when you need me most I stand up to the fight. I will show you the Australian spirit and what a true Aussie can do.”

In his video, which has so far had more than 500 views, Colthup says: “I want to do this for you. Not everyone will be able to commit themselves to a one-way trip, but I’m willing and eager to put my life on the line to progress humanity.”

Aussie Paul’s (below) video is one of the most highly rated, with five stars. The 40-year-old films himself inside ‘Serenity One’ en route “to our new home”. The film director and writer adds: “Why leave Earth? Birds singing in the forest, beautiful sunsets, walking on the beach … a thousand experiences I’ll never have again. I believe that in order to be OK with leaving [this] life forever, you need to love and cherish all those things and go anyway, because not going would be the real tragedy.

“I see such beauty in the world and I think, how can I make this a better place for all of us? The answer is to inspire people and be the eyes and ears of the planet.” 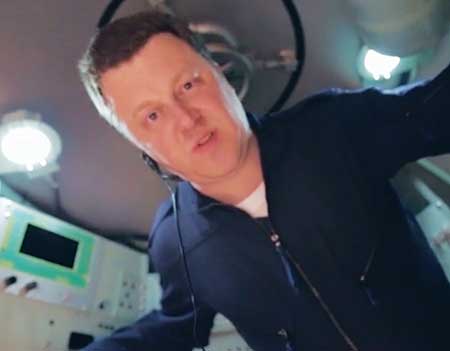 Whether these creative candidates make it through to the final 24 remains to be seen. If they did, they’d be featured in a global reality TV show, following their training. Viewers will then vote for their favourite four to be the first team to head for Mars – and observe them settling on the Red Planet, which will be a barren, cratered landscape. The astronauts will share their experiences with people on Earth, as they build their new home, conduct experiments and explore.

But as well as facing an unbreathable atmosphere which is 95 per cent carbon dioxide, candidates will have to endure extreme temperatures ranging from 35˚C to -135˚C. Every year, a further four astronauts would be sent on the 200-day journey, building up the colony to 20 people by 2033.

But what of the ever-so-slight catch that it’s a one-way trip? Mars One says a fuelled rocket would have to be constructed on Mars to return the humans to Earth. Something which would have to be done without expert supervision, and that would be “extremely complex and expensive”.

However, Bas Lansdorp, M.Sc, co-founder says about the mission: “It will create a new generation of heroes – the first explorers to go to Mars will step straight into the history books. We expect it to capture an audience of millions, culminating in several billion online spectators when the first crew lands on Mars.”

To submit your video by the end of August, see applicants.mars-one.com.

Would you go on a one-way mission to Mars? We want your views: letters@tntmagazine.com

Clubbing in London this weekend

General election: betting on the outcome