The original homepage of the now-massive global social communications phenomenon twitter has been revealed.

The first version of the homepage, when the website was originally named twittr (back in the dim and distant days when removing the letter 'e' seemed pretty cutting-edge) reveals a slime-dripping logo with the slogan "if you have a cell (phone) and can text, you'll never be bored again…EVER!"

And so it came to pass that no-one has ever been bored again since that day. Facebook this week revealed plans to move in on twitter's territory with a new 'subscribe' feature, enabling users to follow the updates of an individual or company without having to go through the process of friend requests and approval.

Facebook's Zach Rait wrote in a blog "Maybe you'd like to see more stories from your best friends, and fewer from your co-workers…hear directly from people you're interested in but don't know personally—like journalists, artists and political figures."

"With the Subscribe button, we're making it easier to do both."

The move has come following a similar function on the relatively new Google+ social networking tool, and comes as twitter seeks to further commericalise its business model with paid advertising via its 'sponsored tweets' facility. 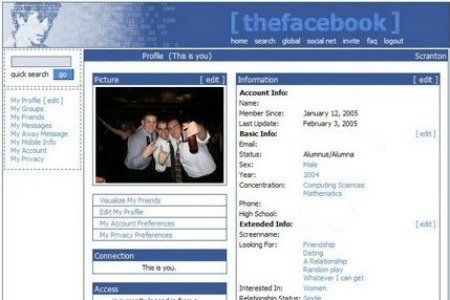