Orphans’ Christmas: With family on the other side of the world, there’s no reason why your Xmas can’t still be a cracker

But consider this: for every memory-twigging odour from the kitchen, there’s a brussels sprout, for every pressie under the tree, there’s a rellie’s kid crying about a toy worth your weekly wage.

Sure, Crimbo is largely about family and tradition, but when that’s not an option, call it an opportunity. Get the Skyping over with and do it your way.

Go out, get out of town, stay in for a day on the (not cranberry) sauce or go the whole hog – the day is your turkey.

Well, hundreds are. Pints and no washing up? It’s hard to beat. But beware most lunch/dinner deals are multi-course affairs that aren’t cheap and require booking.

“We always have a big one on Chrissie Eve so Christmas Day’s a massive sleep in,” says Chris Toohey, a Kiwi who lives in Clapham.

“Then we just hit the pub in our Santa hats. The key is to always have a ham in the fridge – cheap feed and it feels like Christmas.” 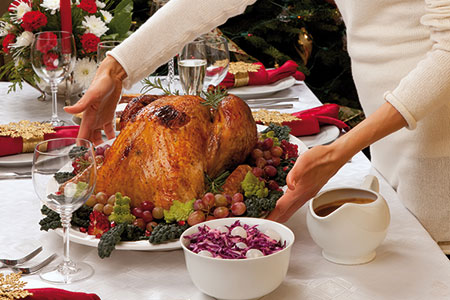 Get away: You still can

No transport and freezing weather, Emily Phillips gets out of Dodge: “My friends and I like to get a house in the country for a few days – wherever we can get cheap.

“It’s just like Cameron Diaz in The Holiday, except less lonely and Jude Law hasn’t turned up … yet.” This year they’re off to Devon. See what’s available at .lastminute-cottages.co.uk .

Tradition: Make your own

Whatever you believe, customs make Crimbo – going to church, playing pick the drunkest uncle or wearing paper hats … this is the chance to do it your way.

Annie Barker, from Sydney and living in Kilburn, and her multi-cultured mates put on an English spread, but with a homely dish each.

“I make a trifle, but instead of sponge I use Aussie Tim Tams,” she says.

Or put a twist on carols like Gold Coast expat Adrian Johns: “We sing a line each and when someone stuffs up they have to drink.” Mulled wine, anyone? 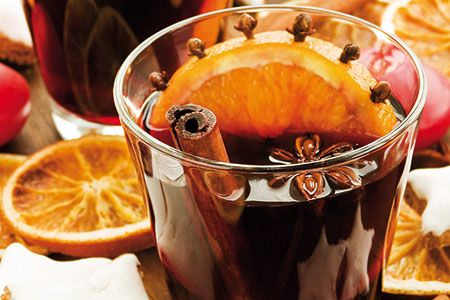 If you must replicate your mum’s magic, don’t let it do your head or bank balance in.

Laurie Hammond of Hammond Butchers says a turkey is the best bet to feed a lot for less: “It’s great value for money – one 5kg bird will feed 10 at least.

“They now come with pop-ups, which stick into the breast and tell you when it’s cooked, taking out the guess work.”

Buy a pudding but make it your own with an easy, impressive sauce – try Rachel Allen’s boozy toffee or James Martin’s honey and hazelnut creme fraiche (uktv.co.uk/food).

People are really friendly at Christmas, so don’t suffer in silence. Someone would love to have you as a guest.

Aussie labourer Adrian Connolly once got adopted for the day by a family in Kent: “I was staying at a backpackers.

One day I was talking to this girl and her mum came up – she noticed my accent and thought I was a friend so asked what I was doing for Christmas Day.

“I said nothing, and wasn’t fussed about  it. But she insisted I join them.

“I took a couple bottles of wine, we all got smashed and watched Wallace & Gromit – I made friends for life.”

– If you’re away from home in London this Christmas, why not find fellow orphans on our MyTNT forum…