Botha faces seven charges of attempted murder which were reinstated yesterday following an incident in 2009 in which the officer allegedly fired his gun at a taxi containing seven passengers, whilst under the influence of alcohol.

The incident is said to have involved two other officers of the law who are also under investigation.

Rumours of the detective’s outstanding charges were circulated yesterday and confirmed this morning. However, Botha denies being drunk at the scene of the incident, and claims to have been chasing a murder suspect at the time. No one was hurt. 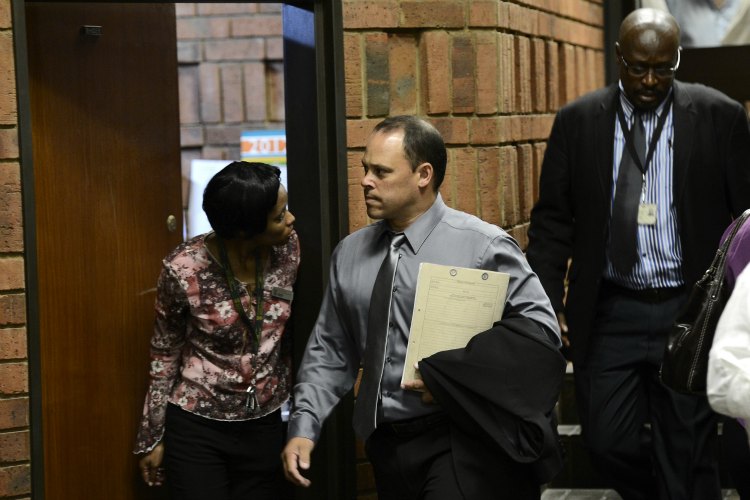 The officer claimed he had no idea that there were seven passengers on board the taxi as he could not see through the windows, and that he was shooting at the wheels. The charges were withdrawn up until today.

“If we have an investigating officer that’s facing such serious charges it cannot happen that he continues with this case” said Bulelwa Makeke of South Africa’s National Prosecuting Authority (NPA), according to according to SA’s Eye Witness News.

“The prosecutors were not aware of those charges. We are calling up the information so we can get the details of the case. From there we can take action and see if we remove him from the investigation or if he stays,” said spokesman for the Pistorius prosecutors, Medupe Simasiku.

Botha has been in court this week announcing evidence found at the scene from the Oscar Pistorius case in which the champion athlete shot and killed his girlfriend Reeva Steenkamp.