This year, Europe’s best live extravaganzas can be found across a spread of incredible locations, so take your pick from these top events and mix your music with a little aprés-ski action, beach time or art galleries.

More dash than cash? Bilbao BBK has your name all over it.

The Spanish music fest is an absolute bargain, with three-day tickets just £85, including camping.

The action all happens at night, so during the day you’re free to hit the beach, explore Bilbao’s dynamic arts scene or just start the boozing early.

Now in its eighth year, the fest pulls in crowds of up to 40,000 and in addition to the four main stages, there are also two dance tents, a pop tent and a chill out area.

Fatboy Slim and Editors will also be performing. 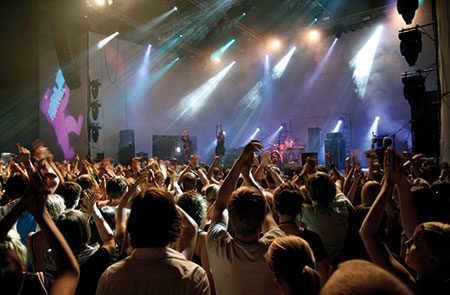 Be honest – do you prefer the après-ski action to any actual sport?

Then this is the fest for you. Sure, you can spend your days skiing and snowboarding on the Austrian slopes of Mayrhofen if you like, but you’ll want to save most of your energy for the evenings, when there will be parties, concerts and DJs in various scenic Alpine settings – think an igloo, a forest clearing and plenty of mountainside cabins.

Even better, TNT has teamed up with Snowbombing so that you can stay at our TNT Village, where a package that includes dorm beds and a wristband to the event costs just £314pp. 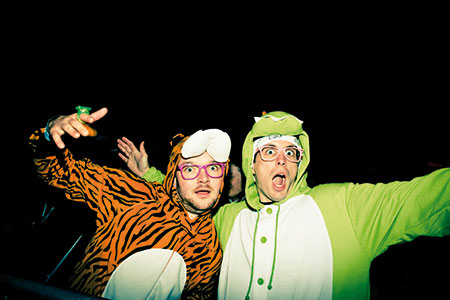 Everything from gigs to theatre to art shows are on offer here, all of which take place in various venues across the city.

This is definitely a fest with community spirit, too – last year a collective of artists arranged breakfast for 200 people in the middle of Rotterdam’s largest shopping street. 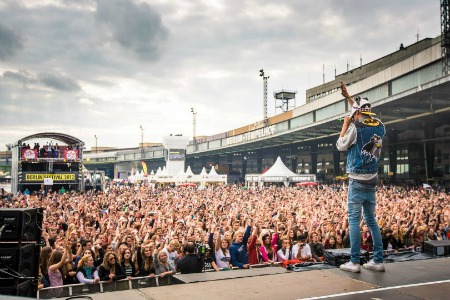 Berliners know how to throw a good party, but this one is on a big scale by anyone’s standards.

The two-dayer takes place on the decommissioned Tempelhof Airport’s airfield as well as the two hangars on-site until midnight, and then switches to Club Xberg, which is held at downtown’s Arena Berlin. During the day, the fest’s Art Village host workshops and exhibitions.

Line-up: Blur, Pet Shop Boys and Turbostaat are playing the main stage. DJ acts Justice and Sebastian will be playing until the small hours at Club Xberg. 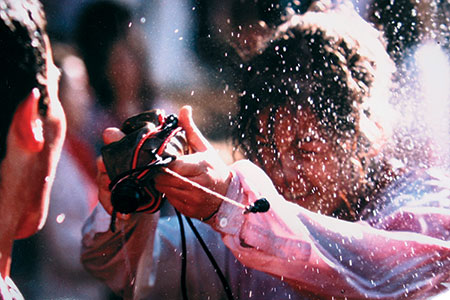 OK, it’s not in Europe, but we couldn’t resist sticking this one on the list anyway.

How often do you get to party in the Sahara Desert?

This five-day bash is a mish-mash of music, artists and cultural events, and there’s a real hippy traveller’s vibe to it – expect to see lots of whacked-out, be-dreadlocked soul-searchers enjoying the festivities.

Only 1000 tickets are sold, as organisers are keen to reduce the negative impact on the surroundings, so book early.

Line-up: Psychedelic musos including U-Recken, AJJA and Perfect Stranger at the Nomad’s Tribe stage, Mathias Meyer and Anime K on the Morokoloko stage and Alien Rainforest and Smoke Sign on the Lunar stage. 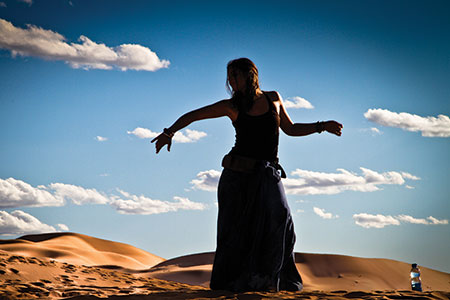 Picture heavy bass thumping out over the snowy slopes of Bulgaria to a crowd of mostly British, up-for-it electronica fans.

That’s pretty much the scene at Horizon, which is held over six days in the ski resort of Bankso.

This is another good one for those watching their budget – it’s one of Europe’s more affordable resorts for skiiers and beginners get discounts on lessons.

As for the price of mountain-raving fuel – even that won’t set you back too much with a pint of beer anywhere costing just £2. 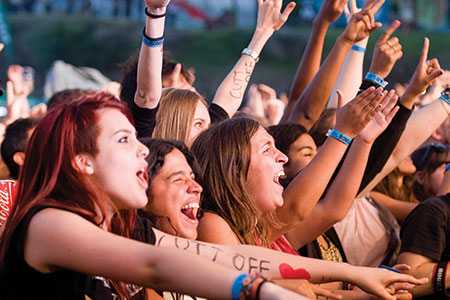 This festival is drum and bass like you’ve never experienced it – while dancing in an old fortress on a hill, overlooking the Danube river.

Petrovaradin Fortress in Novi Sad plays host to hip-hop and dubstep as well as drum and bass DJs.

During the day you can recharge your dancing batteries on the nearby sandy beaches. 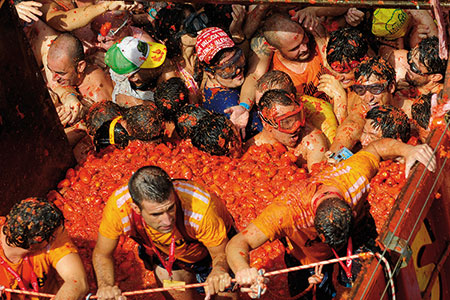 Had enough of that blasting bass to last you a lifetime?

Don’t discount Europe’s more traditional festivals, where you can soak up a little culture while you party…

Glug it from pint glasses, bottles, tankards or steins bigger than your head – it doesn’t matter as long as you get the maximum quantity of the amber nectar down you during one of the world’s most popular drinking festivals.

The one time and place where it’s OK to waste 125,000kg of food: La Tomatina is one giant tomato fight, held every year in the Spanish city of Bunõl.

Every inch of the streets and participants ends up covered in squishy tomato goo – it might not smell great but it’s definitely an experience.

When: The last Wednesday of August (this year the 28th). 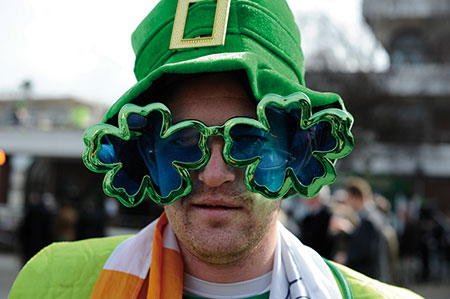 It’s up to you how much culture you take in on St Patrick’s Day.

Wrap an Irish flag around your shoulders and then drink as much Guinness as you can, or get over to Dublin for the event and enjoy traditional Irish music and the People’s Parade, among other cultural festivities.

Running of the bulls

This long-standing event in Pamplona involves a hair-raising chase where brave locals – and tourists – in traditional outfits run from the city centre to the bullrings, chased by a herd of bulls. It’s adrenaline-pumping stuff, even if you’re just a spectator.