Osnabruck: The German city of peace, with a bloody past

Heads were severed from necks, arms sliced from torsos and ribs shattered. The fallen were then set upon by wild animals, which in turn left deep scars on the broken bones that lay amid rotting flesh. Welcome to the City of Peace.

My first stop on a cycle tour from the German city of Osnabrück, which claims this pacifist title, is at a location that was, historically, anything but. Today, Kalkriese, adjacent to Osnabrück in Lower Saxony, is green and hazy; marshland, forest and distant hills stretch around us as we pull up on our bikes in front of the Kalkriese Museum and Park.

The museum building itself is the only thing suggestive of the human violence that makes this such an important historic site. Shunning any deliberate beauty, the structure is built from iron and its stark sides are rusting in bloody-looking sheets. “The locals hate it,” our guide says. “But perhaps that’s appropriate for a museum that commemorates war.”

The battle that took place here, in 9AD, was a brutal but decisive moment in European history. Ten thousand Roman troops, under the command of Varus, marched towards Kalkriese on order from Rome; their aim to subdue and conquer the unruly Germanic tribesmen. What they didn’t bargain for were the particular quirks of the local landscape – a constricted pass between forest and mountain – nor the wit and bravery of the tribesmen, widely dismissed as being backward and primitive. As Varus’s highly trained and disciplined legions reached the Kalkriese basin they were cornered and attacked by the Germanic warriors who, despite a lack of weapons and inferior numbers, slaughtered 10,000 in a defeat that shocked the Roman Empire. 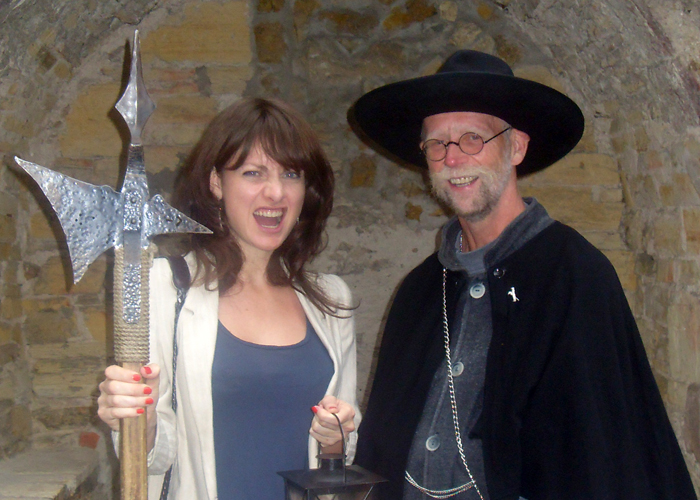 Back on our bikes, we are herded onwards by local guide Lachlan MacDonald, resplendent in knee-length socks and sandals. Now in his sixties, the Scotsman has lived in Osnabrück for 20 years and is an enthusiastic spokesman for the area. We cycle along wide, flat roads between fields of maize as MacDonald points out local oddities, such as the ‘owl windows’ at the top of old barns, built to encourage the mouse-catching birds to make the buildings their own.

MacDonald makes us dismount as we pass through a tiny village, lest we swerve into the path of the sporadic cars
that drive through at 30mph. As a sometime London cyclist, I have to snigger. We end our ride in the garden of Erwin and Gudrun Kuhn, who are part of a scheme that allows visitors to check out private gardens. Amid trees and secret pathways leading between bushes, the couple have laid out coffee and cake. I wander around the beautiful garden, discovering
a view across the adjacent fields that is as idyllic as they come.

It’s been a hearty, wholesome day and back in Osnabrück, I’m gagging for a drink. We hit Das Wein Cabinet wine bar and, under the expert guidance of owner Jean-François Pelletier, sample a range of German wines. Pelletier is on a mission to make Germany famous for wine in the way it is known for beer. The bottles we taste are delicious and we’re happily on our way to getting drunk when a dark-robed figure carrying a staff appears in the doorway. I’ve sat next to a few weirdoes in my time so I try not to bat an eyelid when the strange man sits down next to me. “Would you like an olive?” I ask.

It transpires the Halloween-ish visitor has come to take us on a tour of the town. US expat Joseph Kaiser is dressed, he tells us, as a night-watchman from the 19th century. Back then, these eerie figures would patrol the streets at night, looking for drunks and troublemakers. 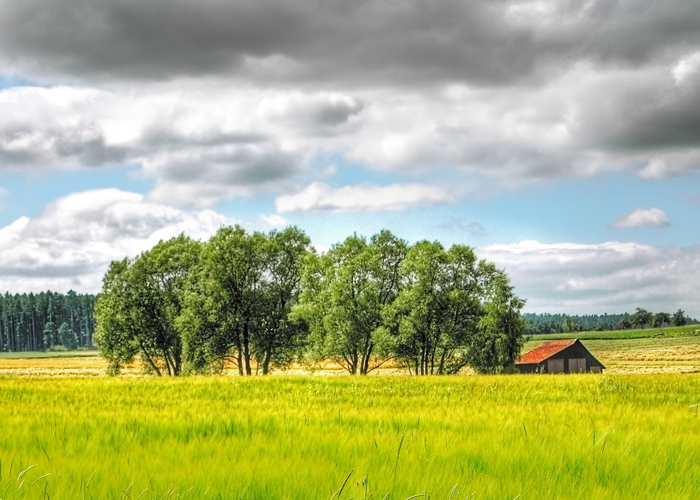 The tour culminates at a tower where those accused of witchcraft were once imprisoned. During the 16th and 17th centuries, 276 women and two men were executed for wizardry in Osnabrück. But for all its bloody past, Osnabrück now deserves its title as City of Peace: the Peace of Westphalia was signed here in 1648, ending the Thirty Years War, and it’s home to the German Foundation for Peace Research. On a personal note, after two days cycling and garden-watching, for an angsty Londoner, I feel almost … peaceful. ζ

More on the garden scheme at gartentraum-tour.de/

More on the city and tours at osnabrueck.de