The first pictures of Harper Seven have been revealed by parents David and Victoria Beckham, who posted the highly posed black and white shots on Facebook and Twitter. 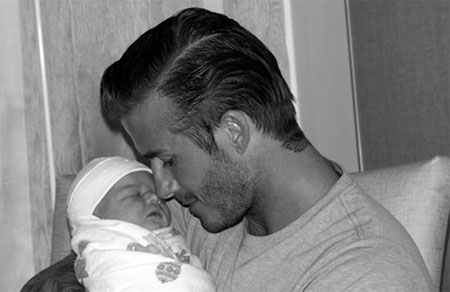 David and Victoria Beckham posted these pictures of themselves with new baby Harper Seven.

Minutes afterwards, David posted a picture on Facebook showing Victoria asleep with Harper Seven on her chest. Despite the fact that most people do not look their best when asleep, Posh showed no signs of dribbling or a puffy face and was even sporting make-up and false eyelashes.

David wrote by the picture: “I took this picture of my two girls sleeping”.

So far, more than 16,500 of David Beckham’s Facebook fans have commented on the Harper picture.

Closer to home, Susan Doy said: “Congratulations to u all i think u are a beautiful family .love from Sue from Southwold u would love it down hear in suffolk for a family holidayx”

LA Galaxy star David, carried his tribute to Harper onto the field, where he also donned a pair of pink-laced football boots with his little girl’s name embroidered below those of the couple’s three boys. 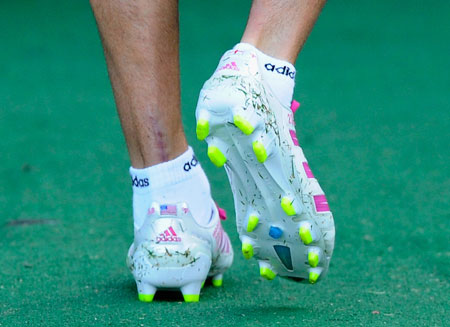 Harper Seven was apparently named after Harper Lee, American author of Victoria's favourite book To Kill A Mockingbird. Seven is considered a lucky number by the Beckhams.

David spoke out about his joy at having a girl join his family, which already includes Brooklyn, 12, Romeo, eight, and Cruz, six.

He said: "To have another girl in the family is really incredible. We've got three beautiful healthy boys already and we're so lucky to have that – and now to have a beautiful little girl.

"Having a daughter is a whole new thing. Having pink in the house, having lilac in the house. You have to be a lot more delicate with girls than boys. I'm not used to that, so it's a whole new experience."