Pink Floyd’s famous inflatable pig is flying over Battersea Power Station today, celebrating the release of the band’s back catalogue with a recreation of 1977 album, Animals.

The stunt was first pulled off in 1976, when things did not end well for the 15ft blow-up pig.

Shot over three days in December, a marksman was on hand the first day, to shoot down the pig if it came loose from its mooring. 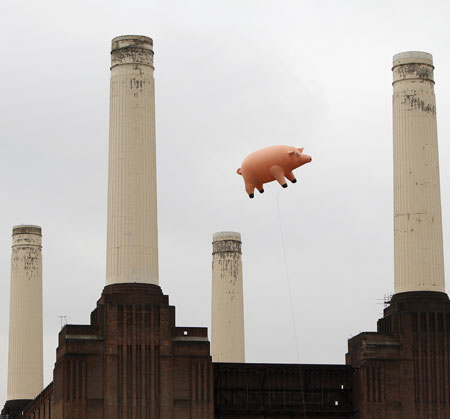 However, on the second day it was decided that the marksman could retire, only for the inflatable animal to drift off and into Heathrow Airport's flight path.

The Pink Floyd pig eventually landed in a farmer’s field in Kent. 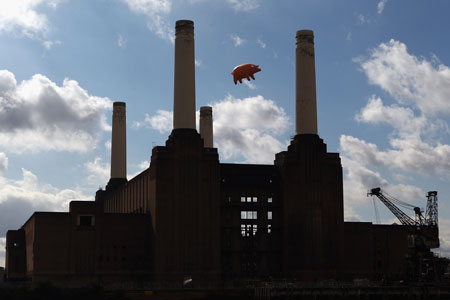 No such dramas took place today, and the Battersea Power Station pig was possibly the most exciting thing that happened to many Londoners this Monday morning.

And here's the original album cover: 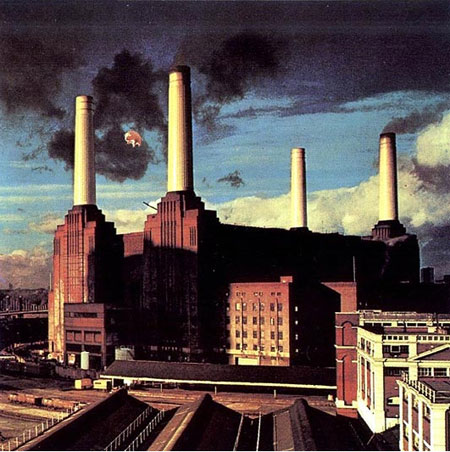 EMI Music is releasing all 14 Pink Floyd studio albums remastered and available digitally Under the name Why Pink Floyd… ?

They are also available as one Discovery Box Set.

Also on sale today are special editions of The Dark Side of The Moon, extended to feature unreleased music from the Pink Floyd archives.