Pictures of Pippa Middleton in her underwear have been doing the rounds of the web as the public’s attention moves from Kate Middleton to her sister. And especially the royal sister’s arse and purple bra.

The (actually not very scandalous) picture shows Pippa Middleton half naked in a purple bra dancing with a guy dressed in a pair of shorts.

In another picture, published by the Daily Mail, Pippa wears a dress made out of toilet roll. The photograph is clearly taken at a party and Pippa sits behind a table covered with bottles.

Pippa Middleton saw her popularity soar after shimmying her way through the royal wedding in a figure-hugging bridesmaid dress. 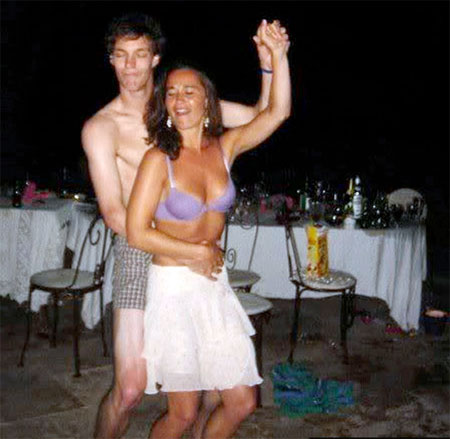 Pippa’s bottom is also an early favourite to win the salubrious rear of the year award.

27-year-old Pippa Middleton is known as a bit of a party girl. Since leaving Edinburgh University she has been hanging out with the young royals and aristo party set, including Princesses Beatrice and Eugenie, Chelsy Davy and Holly Branson.

Have a good gawp at the purple bra picture here. Personally, we’re most disturbed by the look on her friend’s face. 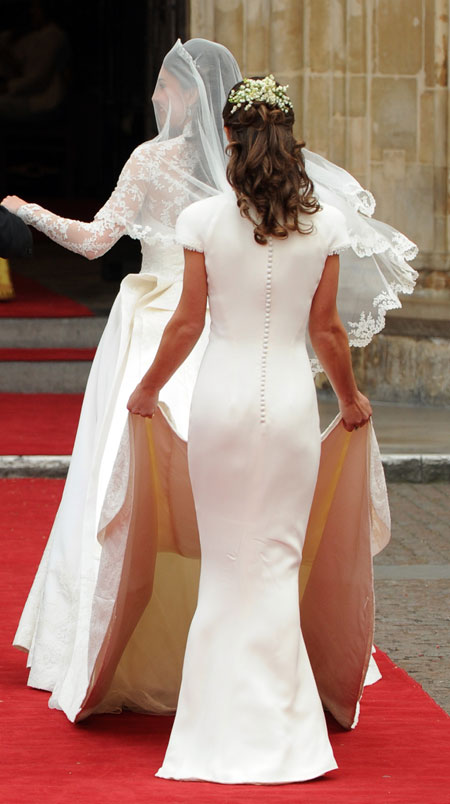