The ultra-realistic eight-foot long beast mingled with commuters at various locations across the capital – including Hampstead Heath, Charing Cross Underground and the South Bank – after being unleashed to promote Sky Atlantic’s new blockbuster ‘Fortitude’. 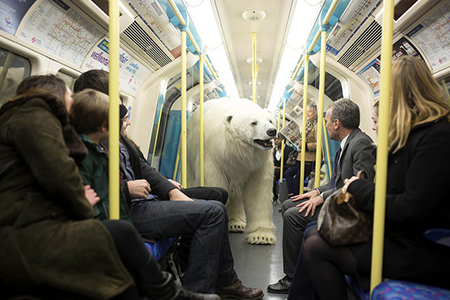 The stunning adult male polar bear was created by a 19-strong team of Hollywood special effects experts who spent eight weeks designing and building the realistic replica animal. Between six and eight people were working on the costume at any one time, using more then 60 types of material including 90 square feet of sheet fur.

The sophisticated prop was operated by two performers who used internal monitors linked to hidden cameras to see where they were going – always an advantage on those Tube station platforms. The puppeteers, who spent three years working together as ‘Joey’ in the award-winning West End production of War Horse, studied footage of real polar bears and then spent five days rehearsing in order to get the gait and other movements right.

The incredibly realistic finish of the head was achieved using a process known as flocking, which involves feeding individual strands of nylon hair into the skull, and then using an electrostatic current which causes the hairs to stand up on end. Over the top of the flock longer hairs are individually hand-punched into place in directions seen in natural growth. 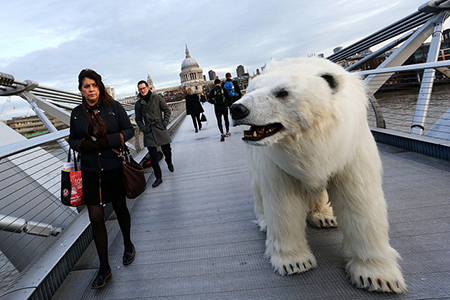 ‘Fortitude’, which begins on Sky Atlantic at 9pm this Thursday, January 29, boasts an all-star cast including Oscar nominee Stanley Tucci, legendary Irish-born veteran Michael Gambon, and former Dr Who star Christopher Eccleston. The channel claims the 11-episode thriller will wow audiences thanks to its compelling plot and jaw-dropping cinematography.

Sky Atlantic director Zai Bennett says: “Polar bears are the most dangerous animal on land and present an ever-present threat to Fortitude’s inhabitants. To launch our new Arctic-noir thriller we wanted to bring a realistic polar bear to the streets of London to give people an up-close experience of what it must be like to come face to face with one of the biggest, but uncredited stars of our new show.”

Watch the polar bear in action on the video below, and click NEXT for more great images. 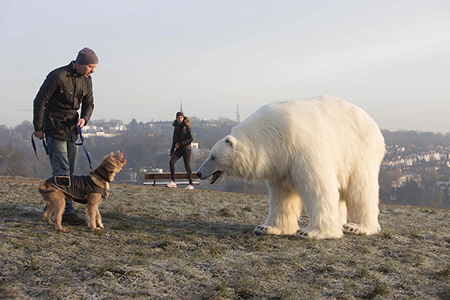 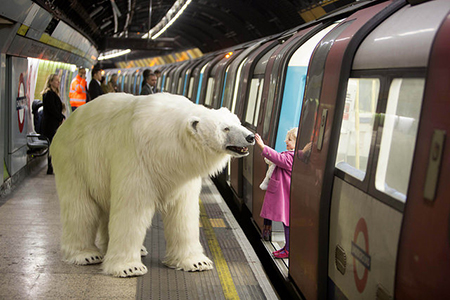 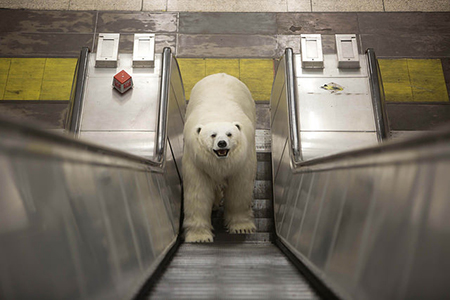 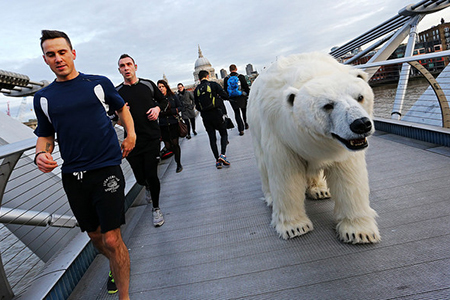 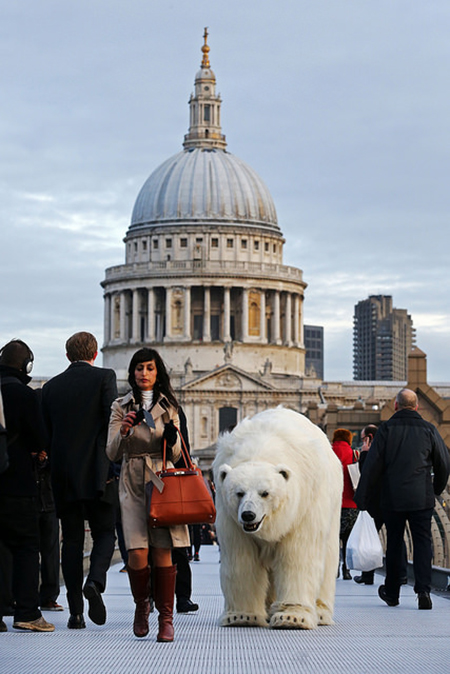