A disturbing paparazzi image of Princess Diana as she lies dying will to be screened for the first time in a documentary about her fatal crash in 1997.

Unlawful Killing, to be shown at the Cannes Film Festival this week, is backed by the actor Keith Allen and Mohammed Al Fayed, whose son Dodi died with Diana.

The 90-minute film will include a graphic black and white close-up of Diana taken moments after the Mercedes carrying the couple crashed in a Paris underpass.

News that Allen, father of pop star Lily, is using the full photograph outraged close friends of the late Princess of Wales.

Allen has said his film is a republican ‘antidote’ for the aftermath of the recent royal wedding of Prince William and Kate Middleton.

A royal source told the Daily Mail that Prince Harry and the Duke of Cambridge would be sickened by the photo’s publication.

“They rather hope people would treat this with the contempt it deserves,” the source said.

However, the two princes will never publicly comment about Diana’s death because they view the issue as ‘the most intensely personal and private aspect of their very public lives’ 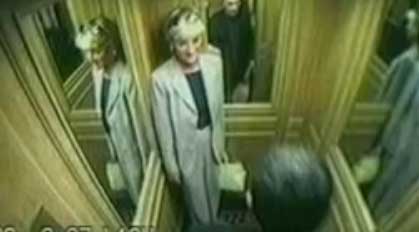 Rosa Monckton holidayed with Diana a few weeks before she died and saiid he was appalled with the revelation: ‘If this is true this is absolutely disgusting.

“The fact people are trying to make money – which is all that they are doing now – out of her death is quite frankly … words fail me.”

The film’s website promises that the film “reveals a cover-up by the British Establishment culminating in a six-month inquest. Keith Allen’s ground-breaking documentary recreates key moments from the inquest and demonstrates how vital evidence of foul play was hidden from public scrutiny, how the royal family were exempted from giving evidence and how journalists, particularly those working for the BBC, systematically misreported the events and in particular, the verdict itself.

“This is the story of how the world was deceived.”

WATCH THE TRAILER FOR UNLAWFUL KILLING BELOW

Opinion: Julia Gillard’s a lady, and we all know boys will be boys