Raft of love: Man arrested for allegedly having sex with an inflatable pool raft… again

32-year-old Edwin Tobertga was obviously so pumped to hit the bricks after a spell in the big house that he returned to the scene of the crime of passion which had landed him in jail in the first place.

In what was just the latest in a string of public indecency charges for Tobergta since 2005, he broke into the backyard of his neighbours and stole a pink, inflatable pool raft. A child later witnessed him in an alleyway having… carnal relations with said inflatable raft.

The neighbour – alerted by the child, according to the Huffington Post – then rang the police. When the constabulary arrived, they found Tobertga astride the float with his “pants around his ankles.” 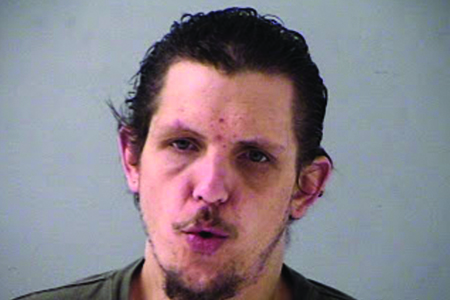 Noticing that the 5–0 had arrived, Tobertga tried to flee (pants still coiled around his ankles) cradling the now deflated raft around his still turgid genitals. One can only hope that this encounter was filmed and turns up on an episode of Cops at some point in the future.

He was yesterday indicted in a Butler County Oh. court and will no doubt be preparing to make some new friends in a penitentiary facility somewhere soon.

If you have the overriding desire to fuck a plastic pool raft (which I can only imagine would be fairly uncomfortable anyway) why on Earth would you choose to do it in a gravel strewn alleyway? What’s wrong with your bedroom, Edwin?

One can only hope he bought the raft a spot of dinner first.