Ricciardo, in his debut season with the top Red Bull team, qualified third on the grid for the Bahrain race on Sunday but due to technical penalty from the Malaysia GP was pushed back 10 places to 13th.

Didn’t bother the 24-year-old though as he worked his way through the field to finish an impressive fourth.

The Mercedes of Lewis Hamilton and Nico Rosberg were in a class of their own the their power rewarded on Bahrain’s straights.

In third was Sergio Perez but maybe the most impressive performance of the day came from Ricciardo.

His punishments for an infringement by his team that didn’t impact the speed or handling of his car is now over though, leaving him free to now push for his first podium – he finished second in the first race of the year but was disqualified.

In Malaysia, he left the pit with a loose wheel and had to go back and serve a 10 second penalty.

Even his teammate Sebastian Vettel said the penalties were harsh.

But Ricciardo’s plan to barge through the field and be aggressive paid off with him picking up valuable championship points.

He seemed to enjoy himself, tweeting after the race: “That was a pimpin good time.”

He told Red Bull Racing’s official Twitter: “It was an awesome race; it was exciting. From the 2nd stint onwards, the race really started to turn up the heat.

“We got close to the podium today, the car came to me as the race went on & I was happy with how I moved through the pack, so a good day.” 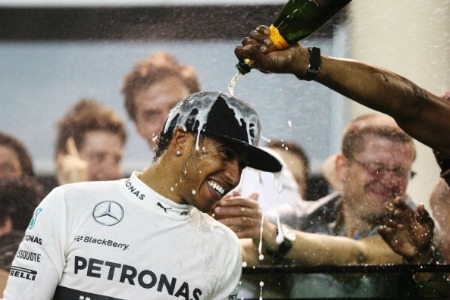 YOUR SPORTS WEEKEND IN A FLASH: All the results that matter in one click (Week ending Jan 19)