The beagles were rescued after a lab by the Animal Rescue Media Education (ARME).

The largest-scale rescue of its kind, a total of 72 dogs were saved and 32 of them having already been adopted in Europe, according to NBC Los Angeles. The remaining dogs have been flown to LA where they will find new homes. 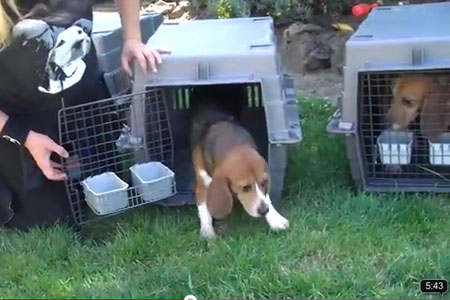 Due to their docile nature, beagles are routinely used in labs to test household products and cosmetics.

The animals had been kept in cages since birth. 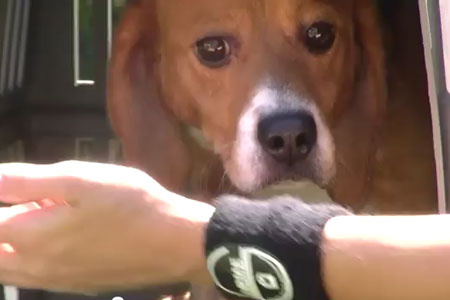 This video was filmed back in June, when ARME released nine beagles into the sunshine. Tear-jerking stuff.

According to People for the Ethical Treatment of Animals, dogs are a favoured for toxicology studies. In these studies, large doses of a test substance (a pharmaceutical, industrial chemical, pesticide, or household product) are pumped into animals’ bodies, slowly poisoning them.

Other traveller reviews on Jordan