Italy’s court of cassation deemed that Knox and Sollecito, who were acquitted in 2011 of murdering Knox’s 21-year-old flatmate, should face a fresh trial to take place in Florence.

Prosecutors argued that the court had made several mistakes including insufficient forensic evidence tests.

According to reports Meredith Kercher’s sister, Stephanie was “very happy and satisfied” with the ruling.

Neither Knox nor Sollecito were in court to for the decision. 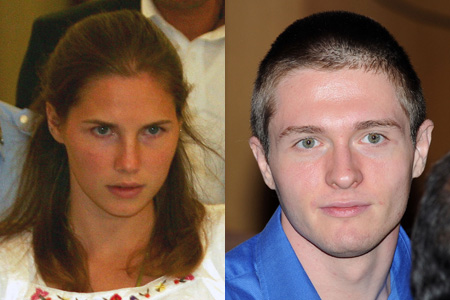 Amanda Knox who, upon returning to Washington following her acquittal, is currently attending University after securing a £4m book deal for her memoirs, released a statement following the decision, reading:

“It was painful to receive the news that the Italian supreme court decided to send my case back for revision when the prosecution’s theory of my involvement in Meredith’s murder has been repeatedly revealed to be completely unfounded and unfair,”

“I believe that any questions as to my innocence must be examined by an objective investigation and a capable prosecution. The prosecution responsible for the many discrepancies in their work must be made to answer for them, for Raffaele’s sake, my sake, and most especially for the sake of Meredith’s family.

“Our hearts go out to them. No matter what happens, my family and I will face this continuing legal battle as we always have, confident in the truth and with our heads held high in the face of wrongful accusations and unreasonable adversity.”

Neither Knox nor Sollecito are required to be present for the retrial and observers have suggested that even in the eventuality of Knox’s re-conviction, the US would be unlikely to extradite her.

Knox was murdered in 2007 in Perugia.

In 2008, Rudy Guede, a drifter from the Ivory Coast was convicted of sexually assaulting and murdering Kercher.

Knox and Sollecito were found guilty of the murder on 4 December 2009 and sentenced to 26 and 25 years.

YOUR SPORTS WEEKEND IN A FLASH (Week ending Nov 2)

London scene: this week’s picks of the best in arts and entertainment