Charlie Creed-Miles is the Bill of the title, a fiery, coke-hoovering boozehound who has just done eight years inside. Newly released, he returns home to an east London estate to find his two young sons living on their own, their mother long gone. Stepping into the paternal role doesn’t come easy and as he’s adjusting to freedom with his newly reconvened family, Bill finds pressures from his previous life are never far away, either.

The drama is well-observed, as Bill clashes with his elder son Dean (played by School Of Comedy’s Poulter), bonds more readily with his younger, Jimmy (Sammy Williams), and dodges encounters with people from his past as he begins his journey from local joke towards respectability. Wry one-liners flow seemlessly from the characters while never feeling forced, and the constant presence of violence is palpable, as Jimmy is drawn towards a life of crime, despite his brother’s efforts.

Miles-Creed’s performance anchors the film, bringing depth and warmth to a character that could easily have begun a caricature and enjoyed a plausibility-stretching journey of redemption, and only unleashing Bill’s hitherto hinted-at inner violence in the film’s crescendo. An impressive debut for Fletcher.

Good for: Those who found Ritchie’s cheeky chappie capers too smug for their own good 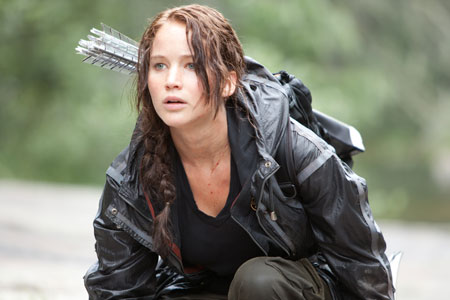 This adaptation of Suzanne Collins’s best-selling series – set in a near future where the youth are forced to duel to the death in the titular reality-TV games – is expected to be the next Potter/ Twilight success. It’s got more bite than the other pretenders to the crown and, with Lawrence’s (above) lead, the credentials to succeed. 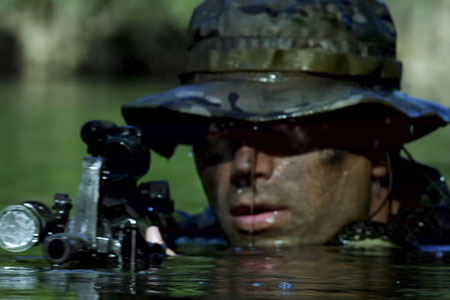 This action flick, which went to the top spot in the US, features real-life Navy Seals as its stars – no actors could realistically portray them, directors McCoy and Waugh say. While its authenticity isn’t under question (this is not Charlie Sheen’s Eighties Navy Seals for sure), it’s jingoistic attitude might turn off those who don’t chest-thump to The Star Spangled Banner.

On general release from Friday courtesy of Momentum Pictures.

Son surprises mum by pretending to swim from Australia to Ireland