Rooting for who? Londoners are having a tough time deciding which flag to fly during Olympics

England fans usually  belt out God Save The Queen at a footie match. Kiwis may pledge allegiance to the All Blacks with a silver fern tattoo. At Royal Ascot this year, there were many flags waving for Australia’s Black Caviar. When it’s a question of sport, it’s obvious whose side punters are on – but more difficult for followers to decide who to root for. It’s no longer as simple as cheering for the country you were born in. When you consider a third of Londoners are from outside the UK, it’s not as straightforward as rooting for your homeland. With 216 countries to be represented at the Olympics, the big question is: who will you be backing?

Two Nations, an event held in London last week, put that very dilemma to young Londoners. The attendees were from around the world – Zambia, Nigeria, Sri Lanka, Jamaica, England, Bangladesh and more. Many were second- generation immigrants, born in London, yet, when pressed on who they’d like to see win gold, only a few declared Team GB.

Writer Jasmine Cooray, a British-born child of Sri Lankan, immigrants, struggles to reconcile her heritage with her national loyalties. “The only thing vaguely Sri Lankan about me is my melanin level and unusually high spice content,” she joked. “If I get the sense an athlete is passionate and focused, I’m behind them. And the female competitors have my support any time.”
And for teacher and poet Hannah Lowe, 35, who was born in Ilford to an English mother and Jamaican-Chinese father, it is a matter of politics.“I don’t feel particularly patriotic, because I don’t agree with UK foreign policy and the domination that is a legacy of colonial history,” Lowe said. ”I want to champion the underdog, see smaller countries do well on a global stage.” 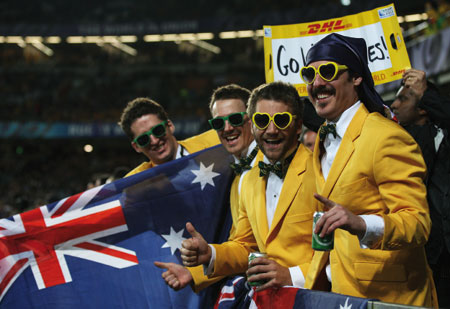 According to Dr Martin Richardson, who has researched national identity at Durham University, the Olympics is a forum where people are comfortable putting aside nationalism. “Interestingly, at the Olympics you see so many symbols of nationhood, and there’s a stirring of nationalist spirit, so there will always be friction,” he said.“But, in recent years, nationhood has been transcended by personality. We want people to do well because of who they are and the difficulties they had getting there, even though they might stand no chance of getting a medal.”

As an example, Richardson references Cathy Freeman, the 400m Aboriginal gold medal winner in Sydney who came to symbolise Australian’s unity, the reconciliation between black and white. He added: “That curious idea of personality, or celebrity, was evident with Freeman. All of Australia was supporting her in Sydney. Yes, they were rooting for the green and gold, but that was by extension. [In this year’s Games] people will find an affinity for Jamaica because of Usain Bolt.”

British-born, second generation Nigerian Michael Ogundare, 24, agreed. “The Olympics is an exhibition of individual talent for me. I’ll be going for Bolt because I believe he is one of the leading lights of athletics, and in the football, it’ll be Argentina for Messi, and in basketball, the US for Lebron James. I relate more to the mentality of an athlete,” the production intern said. 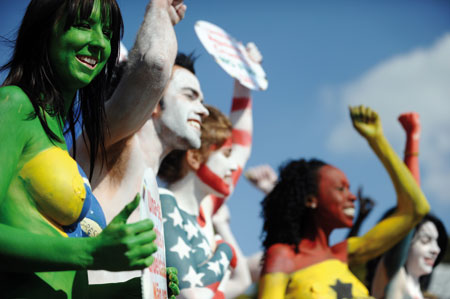 However, Richardson said patriotic allegiance won’t be completely discarded by everyone at the Olympics. “I was reading a piece one of my students wrote about how the Czech Republic is keen to beat the Russians, and how the Poles are the same. I suppose history may dictate what kind of support there will be. It’s like the traditional fanatical support for Barcelona, because of oppression during the time of Franco, and that notion that everyone’s ganging up on you, that bunker mentality, but it depends on the sport.”

Australian-Chinese Redmond Lee, 36, who also holds a British passport, will be rooting for green and gold, despite having lived in London for a decade. “I don’t feel that supporting a team and staying in a country are necessarily connected. Of course, I don’t wish Team GB any ill. I hope they go really well … just not well enough to beat Australia,” he said. “Plus, Australian teams are roundly booed whenever the English are involved, and my automatic reaction is to be antipathetic to English teams.”

The English have also had an affect on Kiwi Casey Mead’s psyche. Although the 33-year-old PR, who permanently resides in Britain, said she’d rather support the team from the country she’s in than homeland neighbour, Australia. “In the 2006 football World Cup I supported England as New Zealand hadn’t qualified. But as time has gone on, the ribbing from Brits, particularly concerning the All Blacks choking in the rugby, has made it harder for me to support England. But it will always be them over Australia.”

The Olympic movement has always been underpinned by the ideology of one nation and London 2012 will strive to be no different – something Richardson supports. “I love that you will always discover a crazy sport you never thought of because you’ve walked into the TV room at the right time,” he said. “The archery will be on and then you’re glued to it. You don’t know the rules and you’re supporting a Korean whose name you don’t know, but he’s your guy. It’s one of the healthy by-products of multiculturalism.”

Who will you be rooting for? Tell us letters@tntmagazine.com

Video: Aussie in epic Wheel of Fortune fail – if it’s not T could it be erm errr, T?

The smell of sheep