A hard-partying nurse from Greater Manchester is being questioned by police over hospital drip deaths.

Rebecca Leighton, 27, was arrested at her flat in Stockport early yesterday morning, near Stepping Hill Hospital where she works.

Three patients, including Tracy Arden, 44, George Keep, 84, and Arnold Lancaster, 71, have died and another man, who is in his 40s, is critically ill.

The victims were deliberately injected with insulin causing dramatically low blood-sugar levels. Ten other people are known to have been given the liquid. A team of sixty detectives are investigating the case.

Facebook pictures taken recently show Leighton on nights out with friends, drinking and smoking. Her profile says she is “engaged”.

She also describes herself as a: “happy go lucky kinda gal.” And adds: “Loves the weekend (if im not workin) and having a laugh with the people that I call friends for a reason x.” 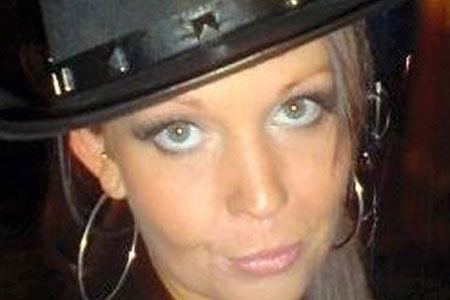 Leighton, who works on one of the wards at the centre of the inquiry, regularly moaned on her Facebook page about having to work nights.

She wrote in a post: “I hate nights – can’t wait for the weekend.” And in another: “Worst night’s sleep ever last nite, now for 14 hour shift aggghhhh.”

Leighton lives with her boyfriend, Tim Papworth, 28, who owns a darts shop beneath their Stockport flat. The pair organise a darts contest at the nearby Star & Garter pub.

Landlady Beryl Cosgrove said: “She is a lovely person. Everyone around here in the darts world knows her and we’re all shocked she’s been arrested.

“She is always polite and everyone likes her.”

A picture was taken of Leighton with friends and colleagues at a leaving party on July 2 – just days after George Keep had died.

Melic + The Hookz + The Call Up – AAA, Kensington