Sex sells: London man strips off to flog his instrument

Describing the keyboard as the ‘love of my life’, the Mitcham man poses in a number of rather unusual pictures with his darling instrument.

Wearing only a pair of shorts, the young seller straddles his digital piano with sensual ease, posing in a rock-star style power stance, and even showing off some surprising core strength while planking the accompanying stand to show its stability. 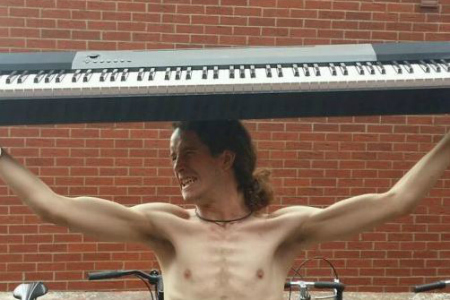 The scantily clad Londoner isn’t the first to post a bizarre ad on the site, according to Buzzfeed, in the past, users have advertising everything from tubs of broken glass to offering to have pies thrown in their face.

Despite the Casio CDP 120 being an ‘absolute delight’, the long haired instrumentalist is leaving it behind before moving to Devon. Whether the young man intends to look for a new electronic musical device to adore is as yet unknown.

Think this is the keyboard for you? Click here to see the original ad.

The best of Perth