Up front is our quintessential Belgian farmer, Etienne, wielding a branch and occasionally prodding his four-year-old hog, Félicien, away from a nearby electric fence but, otherwise, letting her lead the way.

“It is very important that we let her decide the route,” whispers Gottfried, our guide and the inventor of this quirkiest of tourist attractions here in Oosteeklo, the rural heartland of Dutch-speaking northern Belgium.

Belgium is famous for a few things – beer, chocolate and waffles among them – but with the trendy cities of Brussels and Bruges a short train ride from London, Oosteeklo has struggled to persuade tourists to make the trek into the wilds of the rural region of Flanders. 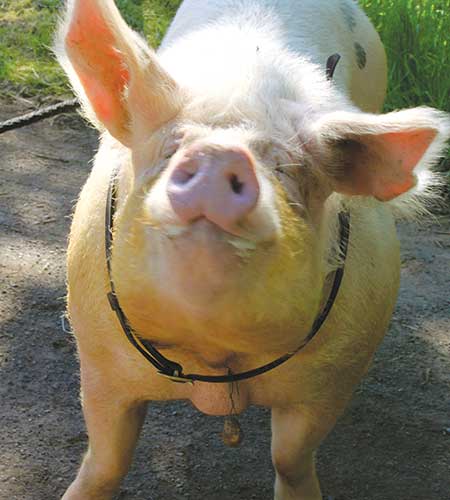 Common scent: Félicien sniffs out the next turn

The village tour can last between 10 minutes and four hours, but it depends entirely on Félicien – the pig, not the painter. “On one trip she just laid down in the road after 10 minutes. She just said: ‘Enough is enough.’ So we all went home,” Gottfried recalls.

In the event that Félicien does feel like being a diva, there are plenty of other things to do in Flanders, both in the village of Oosteeklo and in the nearby cities of Mechelen and Tielt – most of these revolve around the region’s more famous product, its beer. 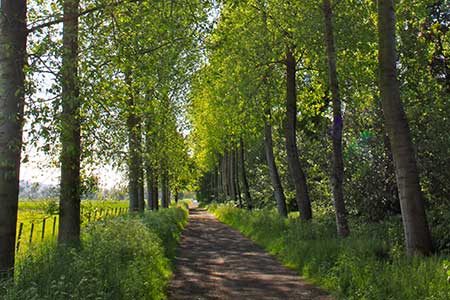 Belgians always seem to greet British ale with an amused detachment that often comes across as snobbery, but a trip to a Belgian brewery suggests a more simple reason – it’s simply not strong enough. I find this out swiftly when our group visit Mechelen’s Gouden Carolus brewery, which has been producing beer since 1471. We’re taken on a tour through the various processing rooms, past the enormous copper kettles that hold hundreds of litres of the stuff.

Our guide, Wannes, laughs when I defensively tell him that in England real ale can be as strong as six per cent. He points to bottles of their Lucifer brew, a dark ale at eight per cent alcohol content, and the Golden Draak, at a shocking 10 per cent. I try the Lucifer at the end of the tour, and find it rich and chocolately, but a bit too overpowering for my tastes.

The reason for the little European glasses that in Britain we regard with such disdain suddenly becomes clear – it’s more of a necessity than a preference. Equally, Belgian beer tastings can become fairly raucous events. 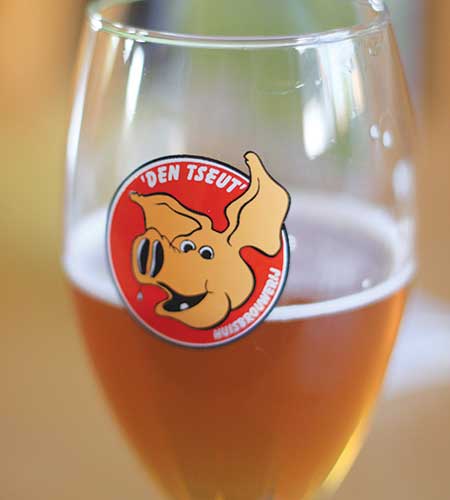 “Belgian beer is the best in the world, there is no argument on that,” explains brewery guide Peter. “But you can see why we don’t drink pints,” he chortles, pointing to the dreaded Lucifer on display behind us. “Can you imagine me after four or five pints of that?

”Overindulgence was one of the reasons the Gouden Carolus brewery converted its old storage block into a hotel, allowing zealous beer aficionados to stumble a mere 50 metres to bed. That said, Peter says a lot of visitors still don’t make it that far, passing out somewhere between the bar and the steps to the hotel.

Oosteeklo is also home to Huisbrouwerij Den Tseut, where local brewers Stefan de Decker and his wife, Ria Daneels, are always keen to welcome tired pig-walkers in need of some hoppy refreshment. 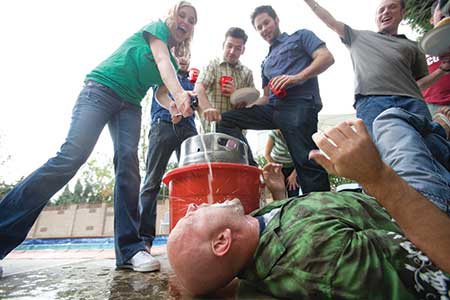 Discerning? How not to enjoy Belgium’s fine brews

Den Tseut’s four ales are only for sale here in Oosteeklo, and one of them, thankfully, is a light(ish) pilsner, easier to handle in the countryside heat. As we drink in the sunshine of Stefan’s leafy garden, Gottfried tells us what a success his pet project has been.

“We’re expecting double the amount of visitors this year,” he says proudly. “But do you think we could have 10,000 people doing this? Absolutely not. Félicien would not allow it.”

Getting there Fly from London City Airport to Antwerp with Air France from £135 return.

Orlando travelled courtesy of Fish and Chips. Check out Goudin Carolus Brewery. Pig walks can be arranged through PLC Meetjesland by contacting Sven De Wever (sven.de.wever@plattelandscentrum.be). Cost is £15.50 per person and must be booked in groups of 15. 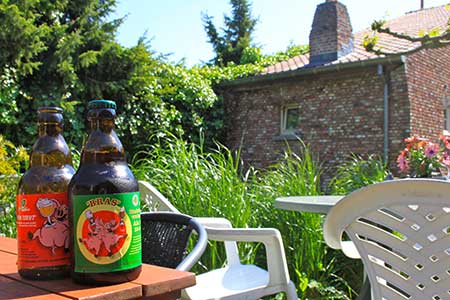 Budget: It seems wrong to recommend an Irish pub in the middle of a Belgian city, but O’Fiach’s in Mechelen, the nearest large city to Oosteeklo, is not as much an Irish bar as a cheap(ish) place to eat and drink in an expensive locale. Mains from £3. 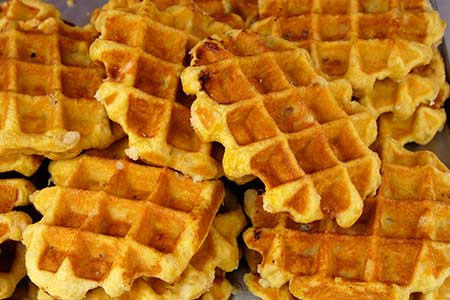 Midrange: Offering gourmet ‘bar bites’ as well as full sit down meals, Passade is a trendy Mechelen spot. When the weather’s nice, grab a seat on the sun-soaked terrace for some drinks before dinner.

Luxury: In the heart of Mechelen, amidst the buzzing nightlife of the central square, Den Beer Brasserie (below) is an authentic, if slightly pricey, option for tasting traditional Belgian fare. Mains from £15. 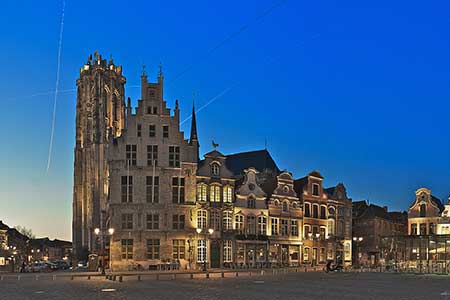 Budget: Situated in Mechelen, close to the banks of the river, Het Anker (attached to Gouden Carolus brewery), left, has dozens of beers available for tasting along with the brewery tours. Beers from £3.

Midrange: A trip to Huisbrouwerij Den Tseut brewery usually comes as part of a pig tour, but anyone who makes an appointment is welcome to drop in to Stefan and Ria’s garden for a few bottles of Den Tseut in the sun. Beers from £2.

Luxury: Stillen Genieter, a tiny little beer bar in the centre of the town, is known for its cosy atmosphere and massive range of more than 300 beers. The owner is known to march to the beat of his own drum with opening times, so call first. Beers between £1-£5. (Nauwstraat 9, 2800 Mechelen; tel. +32 1521 9504) 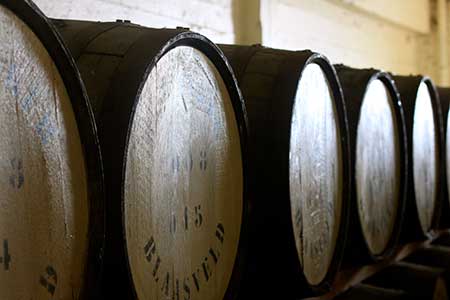 Budget: A quiet, clean bed and breakfast in the city of Tielt, Bo Maison is close to the French border and a good jumping-off point for exploring western Flanders. Rooms start from £60pn.

Midrange: A stone’s throw from its brewery and bar, Goudin Carolus has 22 rooms and serves as a fantastic base on the outskirts of the city. Rooms start from £70pn.

Luxury: Built in a converted monastery, Het Godshius (meaning, fairly presumptuously, home of the gods) is a modern hotel in a quiet village a short drive from Oosteeklo. Rooms start from £90pn.

Lee ready for return to action in T20