Saturday’s London Slutwalk attracted 5,000 marchers, rallying for women’s rights in a movement that has seen Slutwalks taking place across the globe, triggered by a Toronto policeman’s comment that women should “avoid dressing like sluts in order not to be victimised”. 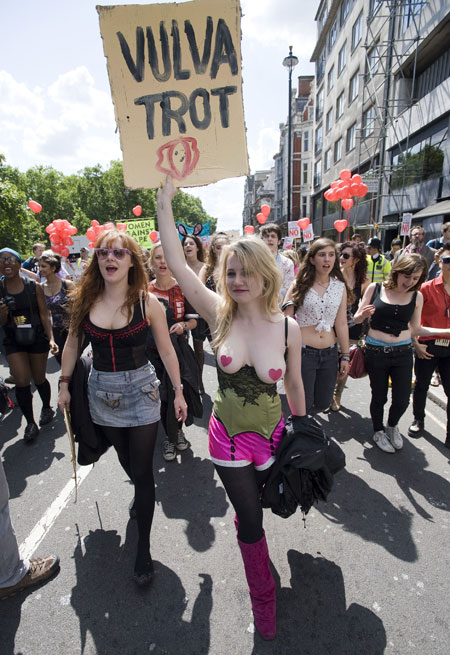 Some women turned up for London’s Slutwalk in underwear and other blatantly sexy outfits, but others were dressed casually reflecting the fact that the march encompassed wider issues of sexual discrimination. 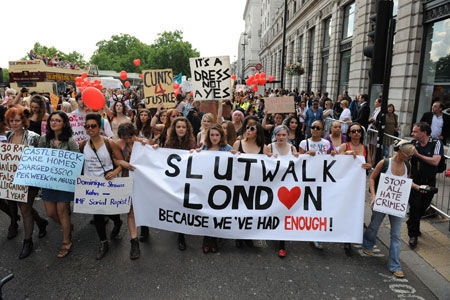 The first SlutWalk was held in Toronto this April. Other cities across the globe picked up the Slutwalk battle cry, as women reacted against the implication that dressing provocatively is somehow “asking for it”.

Protesters at London’s march carried banners reading ‘SlutWalk London: because we’ve had enough’, ‘It’s a dress, not a yes’, ‘Women against rape’ and ‘Hijabs, hoodies, hotpants, our bodies, our choices’. 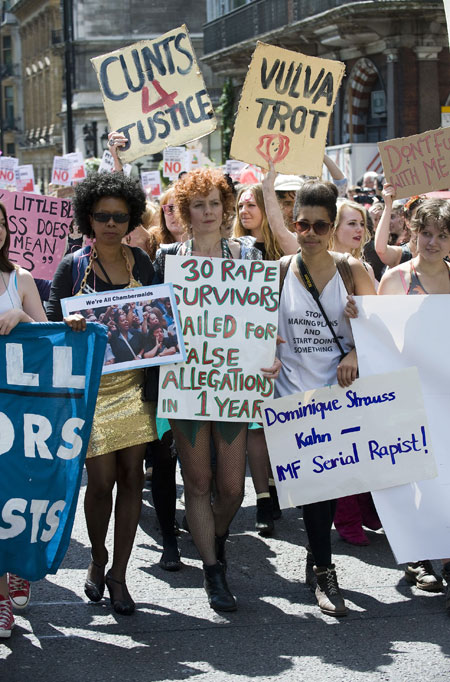 The crowd of women (and some men) shouted “yes means yes and no means no!” as they marched from Piccadilly to Trafalgar Square.

The Slutwalk ended in Trafalgar Square where a number of speakers addressed the marchers. 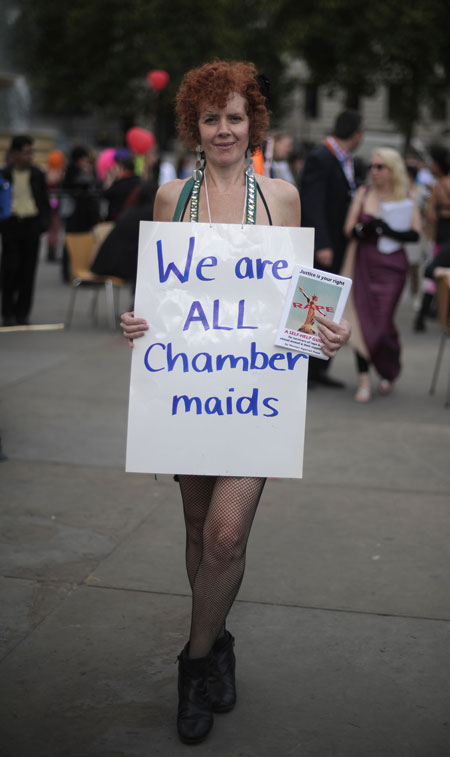 New Statesman columnist Laurie Penny told the crowd: “There is a backlash against female sexual agency. People are frightened of female sexual power. We are here to say no to that backlash.” 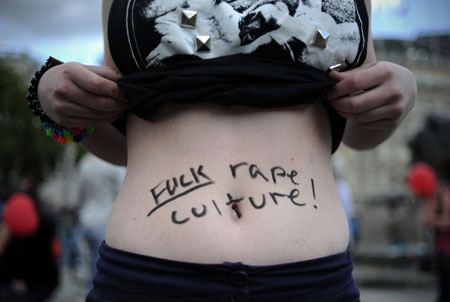 Approximately 200 people turned up for the Slutwalk in Sydney, Australia, shunning lingerie due to cold weather but nonetheless hammering home their message with banners reading ‘Proud and happy slut’ and ‘Blame rapists not boobs’.

The crowd gathered outside Sydney’s city hall where Australia’s Slutwalk organiser told marchers: “We’re here today to declare that slut-shaming and victim-blaming have to stop.

“We’re here because we know that whatever the circumstances, sexual assault is never the fault of the victim.” 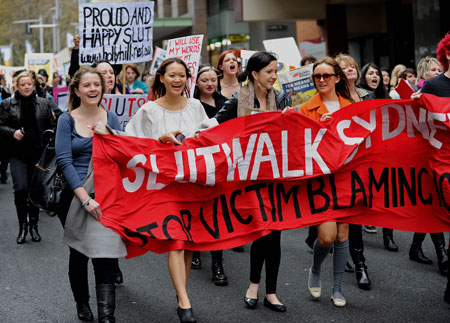 Over the weekend, other Latin American cities including Matagalpa, Nicaragua, and Tegucigalpa, Honduras also staged Slutwalks.

Love on the road