The Tory MP revealed UKBA is deploying more staff to front-line caseworking duties, while additional agency workers will be employed to deal with the backlog which causes many visa applicants issues.

“These measures are already making inroads and I expect the agency to be operating within service standards across most workstreams by the spring of 2013,” he told the Commons.

Harper also revealed that channels of communication such as email and telephone will be expanded for a “more timely and responsive service” – one of the demands made in the TNT petition (see details, right).

And he announced MPs dealing with constituents’ complaints will get a named contact for their queries.

“I am confident these measures represent the start of a period of further improvement,” he said, but admitted: “There is further work to be done.” A sentiment which support for our campaign echoes – as do worrying figures this week released by shadow immigration minister Chris Bryant.

The Labour MP has uncovered that the number of Tier 2 applications taking longer than the UKBA’s four-week target to be processed have soared by 49 per cent since 2010 – from 14,940 to a whopping 22,315.

Bryant, who is backing our campaign, said: “If Britain’s economy is to improve, the UKBA has to shape up to allow the brightest and best from around the world to come here to contribute. These startling figures show that the government is failing to deliver.

“The prime minister, the home secretary and the mayor of London can make as many trips abroad as they want but until they get a grip of the chaotic mess at the UKBA, people will look to invest, work and study elsewhere. The PM should stop gallivanting around the world and instruct his home secretary to sort out her joke of a department.”

Whether Harper’s promises come to fruition remain to be seen – and will be something TNT follows closely. However, until that point, keep your UKBA horror stories flooding in.

If you haven’t yet signed our petition, visit tntmagazine.com/ukba or head to the Walkabout in Covent Garden on March 30 for its closing party where our campaigner Melanie Quin will be collecting signatures. 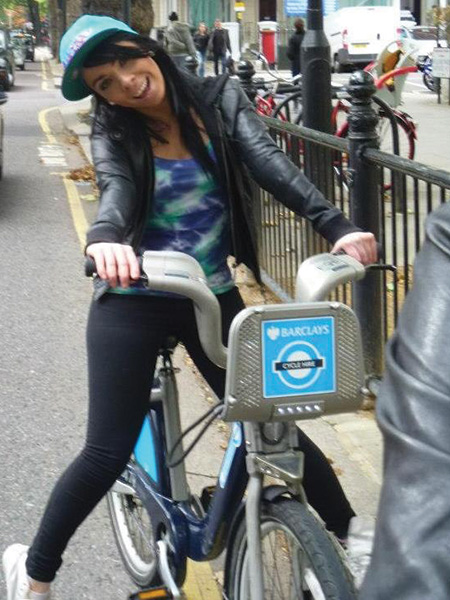 Kiwi Sophie Roper missed out on eight months of travelling while in the UK on a two-year working visa due to UKBA incompetency.

The 26-year-old was forced to cancel trips and lost money after applying for a replacement visa when hers was stolen along with her passport while in Amsterdam in July 2012.

Roper received a letter confirming receipt of her application, along with a reference number and contact number.

However, when she tried to call UKBA she was told she could not track the progress of her application until her passport had been missing for six months.

“Six months passed and I finally got through to someone but they could only tell me it was ‘in progress’,” she said.

Roper, who lives in Shepherd’s Bush, said the inefficiency of the Border Agency meant she had to miss out on trips abroad – the main reason she was in the UK.

“I had to cancel travel plans and lost money. And I missed out on my only full summer in Europe.

“No one should have their belongings held from them for this long – you would think that this is how a criminal would be treated, not someone who only has two years in the UK and wants to see Europe while they are here.

“I paid £250 for my replacement visa, which has only just arrived. The UKBA needs to realise that its lack of efficiency affects people’s travel plans in a big way, and they need to sort it out so this doesn’t continue to happen to others.” 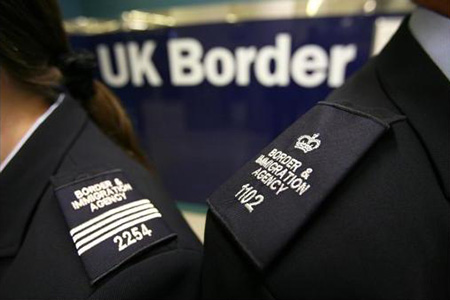 Katharine Plows: ‘We were ignored by UKBA’

Katharine Plows and her partner David Bartholomeusz had to surrender their passports for nearly eight months while applying for a FLR-M unmarried partner visa.

Bartholomeusz came to the UK from Australia in 2010 on a Tier 1 Highly Skilled visa and sent in his application in July 2012, with Plows’ passport as his sponsor.

During this time, they were ignored by UKBA who failed to respond to letters, faxes and emails as well as numerous phone calls.

They involved their MP, Streatham’s Chuka Umunna, but UKBA wrote back to him saying they couldn’t tell him anything about their application.

Plows, 25, who’s British, said: “I can say without a doubt that it was the most stressful 32 weeks we’ve had in our relationship. We were unable to go back to Australia for Christmas. We missed the birth of his brother’s son as well as friends’ weddings and babies.

“The hardest part was the fact that we had absolutely no control over the situation. David felt like he was being kept prisoner in the UK.”

And it wasn’t just their travel plans put on hold. Plows and Bartholomeusz, 35, have jobs that require them to leave the country.

“David’s work got very frustrated – especially as they opened a new office in the US during this time and needed him to train new employees. As for me, I also tour, but as David’s sponsor, I had to surrender my passport, paying £130 for a second one so that I could fulfil my duties.

“It was such a stressful time for us. We would welcome any pressure put on the government to reform the UKBA.”

Got a UKBA horror story? We want to hear all about it. Email the details to carol.driver@tntmultimedia.com