Not only has it been named Australia’s most livable city, Adelaide now has a resident world recorder breaker.

Charlie, a six-year-old golden retriever, won a place after being awarded the title of Loudest Bark By An Individual Dog

.His bark was measured at 113.1 decibels at a national competition which judges have now officially confirmed as the loudest bark, outstripping a London-based German shepherd who barked a 108.

The amount of decibels is roughly 40 times louder than an average human conversation and noisier than the sound of an Airbus A380 taking off.Owner Belinda Freebairn said she was proud of her pooch.

“He’s been getting spoilt a bit more than he normally does … bathed a lot and brushed a lot and given lots and lots of cuddles.” Bet the neighbours are over the moon. 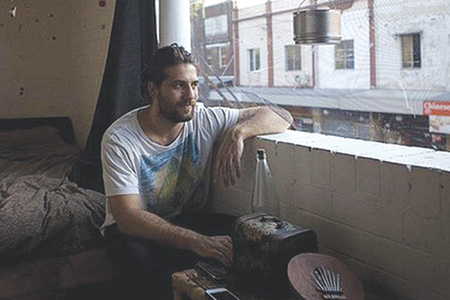 If you think rental prices in London are shocking, think again. A man in Sydney is paying £150 a week for the privilege of sleeping on a balcony.

And it’s not even a nice one, either. It’s dull and windowless and faces noisy King Street in sought-after Newtown.Josh Chamberlin, who arrived in town without a job, struggled to secure a place of his own.

He said: “People look and point all the time. I don’t mind it. It’s cool. I shout at people I know all the time as well.”Living the dream, buddy.

Residents living in areas with suspected cannabis farms are being sent weed-scented scratch-and-sniff cards in a bid to catch drug growers.

Crimestoppers reported a 15 per cent rise in the number of domestic farms in the UK between 2011 and 2012.

Roger Critchell, director of operations at the charity, said: “We are distributing scratch-and-sniff cards because not many people know how to recognise the signs of cannabis cultivation happening in their neighbourhood. Many are also not familiar with the established links between this crime and serious organised crime.”

The initiative also tells residents to look for signs of drug-producing including “lots of cables” and the patently obvious “cannabis growing equipment”. 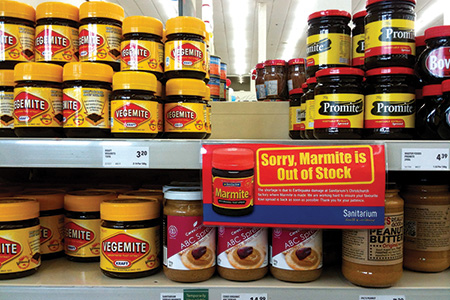 The end of Marmageddon… – New Zealand

It’s back! After supplies of Marmite ran out in March 2012, the sticky black stuff is finally being sold in New Zealand again.

Fans of the yeasty spread, which, let’s face it, is better than Vegemite, have been queuing outside supermarkets to get their much-needed fix.

Supplies dwindled after earthquakes in Christchurch forced manufacturer Sanitarium to close the only factory that made the New Zealand version.The shortage sparked complaints across the country, including from PM John Key.

“You’ve rationed, you’ve scraped, you’ve survived marmaggedon –  now the wait is over!” Sanitarium’s website said. “Thanks for not freaking out and waiting patiently for the black gold’s return.” 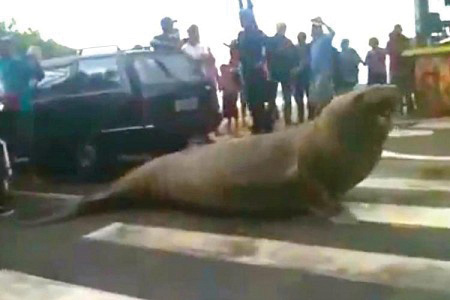 Why did the sea lion cross the road? – Brazil

For a change of scenery and to check out the sights, of course.

The half-ton, three-metre beast emerged from the sea in the popular Brazilian resort of Balneário Camboriú, crossing the beach to take a look around.

Local firefighters and the municipal guard were called to the scene to stop traffic and control the crowds. The street was reportedly closed for 20 minutes as the huge sea lion took his leisurely tour.

Officials threw water on the mammal to keep it wet. It returned to the ocean after 90 minutes on dry land, very obediently making use of the zebra crossing.

Queensland cafes found themselves without milk last week after it was used to put out a fire. Milkman Shane Fuller was on his round in the early hours of Wednesday morning when he saw a planter box alight on a footpath.

“The flames were about half-a-metre high – some of the mulch and palms were starting to burn,” he said. “I just jumped in and made sure it couldn’t get any worse.

“I didn’t have water so I just grabbed some bottles of milk and just drenched it.”We know Queensland has water restrictions, but this goes beyond the pale.

A piece of board

Stars turn out for ARIA Awards

Beyonce: ‘Having children was reason I was born’