Sochi 2014: The Aussie athletes who could mine gold, silver and bronze at the Winter Olympics in Russia

With that in mind, TNT thought we’d give you a quick rundown of who to watch out for when it comes to medal hopes for Australia, who is taking its largest ever contingent of 60 athletes to the games by the Russian Black Sea.

At least one of these potential stars is a red-hot chance to add to the Aussies’ all-time bag of five gold, one silver and nine bronze medals. Can they go better than the impressive 13th in the tally at Vancouver in 2010, when Torah Bright and Lydia Lassila both claimed gold. So let’s start with them.

Torah Bright: The defending champion in the women’s snowboard halfpipe will also compete in the new slopestyle event.

Lydia Lassila: Is now Australia’s most capped Winter Olympian as she goes into her fourth Games to defend her women’s aerials title. Is a strong medal chance and has competition from within her own team.

Dale Begg-Smith: The reclusive IT business whiz who competes for Australia because he hate a row with Canada was pissed off at winning silver in Vancouver instead of the gold he won at Torino.

Alex ‘Chumpy’ Pullin: The Aussies hottest medal prospect was snowboard cross world champion in 2011 and 2013, and has won two overall World Cup titles in the last four years. He was leading when he crashed out in the 2010 final. 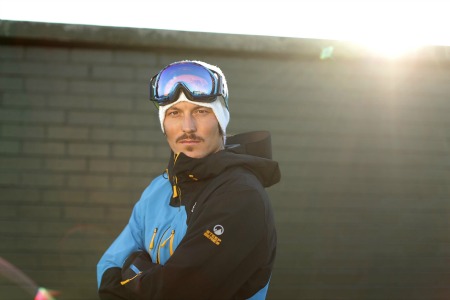 Nate Johnstone: The 2011 men’s halfpipe world champion is still just 23 and has to be considered a chance.

Britt Cox: Women’s moguls shot Cox was the youngest competitor in Vancouver aged just 15 so is a veteran now she’s 19.

Daniel Greig: The 22-year-old speedskater won silver in the 500m at the ISU World Sprint Championships in Japan last month – Aussies have form on the track with Steven Bradbury a famous champion.

Anton Grimus: Also in ski-cross, Grimus has been a medalist in World Cup events and has an awesome beard to make it look like Ned Kelly’s hurtling down the course.

Russ Henshaw: Find an alpine skier without a tale of a ruptured ACL and you’ll find a liar and Henshaw is no exception, but he’s ranked three in the world in slopestyle.

Anna Segal: Henshaw’s female counterpart was world champion in 2011 so she too is a big shot.

David Morris: Australian women have won the last three women’s aerials Winter Olympic golds, can former gymnast Morris get one back for the blokes?

Notable mention – Jana Pittman: The two-time 400m hurdles world champion will become the first Aussie woman to compete at the Summer and Winter Olympics when she lines up in the bobsleigh with Astrid Radjenovic. Result irrelevant, it’s awesome that they qualified.