Spice Girls reunite in London to tell us what we want, what we really really want is a West End musical

Victoria Beckham, Geri Halliwell, Melanie Chisolm, Emma Bunton and Melanie Brown will appear in public for the first time since their 2008 reunion tour, to launch a new West End musical including the tracks from their back catalogue.

The Spice Girls musical, called Viva Forever, will be loosely based around a contemporary story of a mother and her daughter, using a TV talent show as the backdrop. However, the script has been written around girl group’s songs. 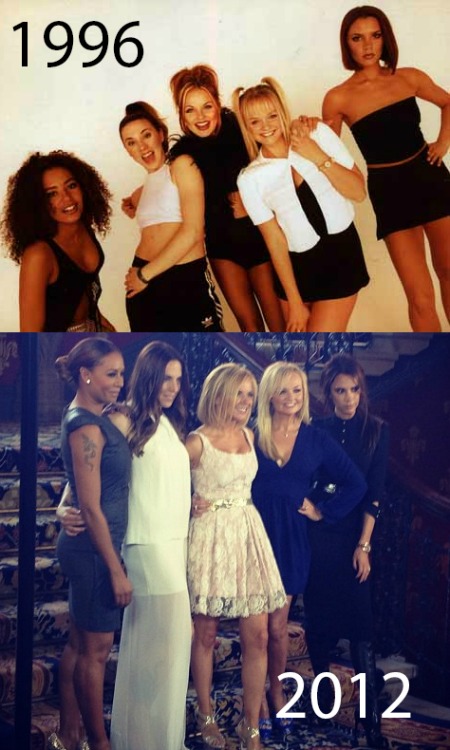 The show is the brainchild of producer Judy Craymer, the woman behind the ABBA musical Mamma Mia. The script has been written by comedian Jennifer Saunders.

The public will be able to see it at London’s Piccadilly Theatre in December.

Victoria Beckham, otherwise known as Posh Spice, has flown into London from her home in Los Angeles. She tweeted: “Travelling to London today!! Song of the day “Spice Up Your Life”!!”

With their names Scary, Baby, Ginger, Posh and Sporty, bestowed by the British media, the Spice Girls were a Nineties pop phenomenon, musically and culturally. They shot to fame in 1996 with their debut single Wannabe, and followed it up with a string of number one hits including Say You’ll Be There, Spice Up Your Life and 2 Become 1. They sold 75 million albums worldwide.

Geri Halliwell left the group in 1998, and it continued as a foursome for another two years, until each member of the group then went on to try to forge solo music careers.

Victoria Beckham has since found better success as a fashion designer, and Emma Bunton is now a radio presenter. Mel B is now based in Australia where she is a TV personality.

Travelling to London today!! Song of the day “Spice Up Your Life”!! x vb youtube.com/watch?v=9wfpXI%u2026 #SpiceGirls