Fabian Zanzi’s federal lawsuit alleges that while working as a steward on a Royal Caribbean cruise ship in 2009 he brought food to the 58-year-old actor, who then asked him for a neck massage.

Zanzi alleges John exposed himself as he attempted to give the star a rub down, according to TMZ.

Zanzi claims that when he reached up to Travolta’s neck, the actor dropped his robe and exposed his body, then embraced him in a forceful manner.

The steward claims that Travolta, who has been married to Kelly Preston for 20 years, told Zanzi that he was “beautiful” and said: “Take me, I will take care of you, please.”

Zanzi alleges Travolta offered him US$12,000 to remain silent and claims the cruise ship management did little when he reported the incident. Zanzi is suing for unspecified damages. 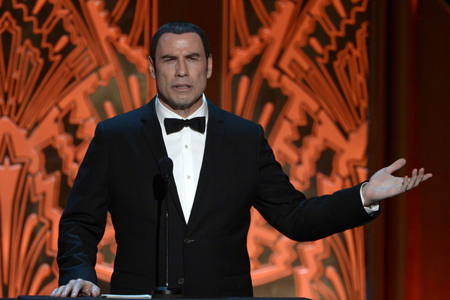 Travolta’s lawyer Marty Singer issued a statement on Monday. “This is another ludicrous lawsuit with inane claims,” he said. “It is obvious that Mr Zanzi and his lawyers are looking for their 15 minutes of fame.”

He noted that the lawsuit’s claims were “completely contradicted by what Mr Zanzi told his employer back in 2009 when he was being disciplined for his own violations of company policy”.

He added: “In his handwritten report three years ago, the only physical contact he claimed occurred was allegedly touching my client’s neck. The inappropriate conduct he alleges in his lawsuit is absent from his written report he submitted at the time. That glaring omission speaks volumes.”

Seven men have recently accused Travolta of making inappropriate sexual advances towards them. At least one claim has been withdrawn.

Travolta’s camp has strenuously denied all the allegations, but it is rumoured that the actor is in quiet settlement talks with at least one of the accusers.

This season’s swine flu? Seal flu – the new flu on the block that’s got scientists crapping their pants