Evans: we’ve moved on from doping

Tour de France champ Cadel Evans has told fans cycling is in its “best years”, despite the negativity coming from the Lance Armstrong scandal.

“The events being uncovered mostly occurred seven or more years ago, among a minority of those involved in a sport which has already changed and moved on,” he said, adding the high-profile stripping of titles from drug cheats, such as Armstrong, were “driving forces behind major changes in cycling”.

Evans says cycling now rewards hard work, preparation and ability: “For those who are disappointed, do not despair, do not abandon us, we are in our best years.”

Dunden on track for Melbourne Cup

“At the moment I think the French have the upper hand,” said legendary England-based Italian trainer Luca Cumani, whose Mount Athos will also run in the Cup.

Federer is down under’s top sport

The most popular sports person in Oz for the third year running is Swiss tennis ace Roger Federer. He topped the gemba Asset Study poll, which was filled with world beaters who do their talking on the field, court and track.

Trainer Tony Mundine has dumped All Black Sonny Bill Williams on the eve of his Nov 24 fight against 44-year-old South African Francois Botha.

Mundine said he couldn’t train Williams due to a dispute between his son Anthony and Khoder Nasser, Williams’ promoter and Anthony’s former manager: “My son had a blue with Khoder so that’s the end to it.” 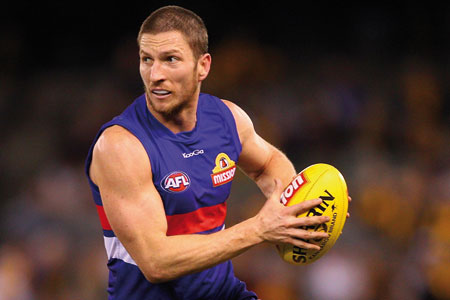 Western Bulldogs skipper Matthew Boyd is about as good an ambassador for Aussie Rules footy as you’ll get.

The on-baller is his team’s leader and best and fairest for last season, in which he remarkably played every brutal match and topped the league’s disposals count for the second year running.

His side takes on Port Adelaide Power at Kia Oval on Saturday, bringing AFL back to London for the first time since 2006.

If anyone is going to show the world what makes the sport a beauty, it’s this bloke. 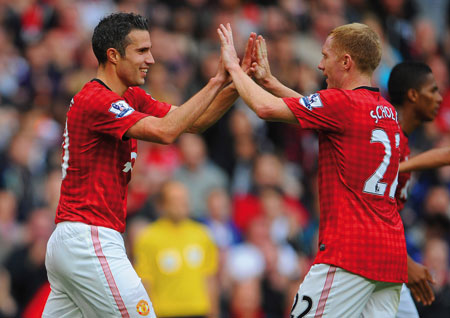 It’s early doors but it looks like Robin van Persie made the right choice, ditching Arsenal for the Red Devils.

The Gunners are in strife, languishing not just below the top clubs they expect to be matching but behind Fulham, West Ham and West Brom, too. A low point was their 1-0 loss to lowly Norwich City at home.

While Arsene Wenger’s search for a proper striker to replace the Dutch wizard continues in vain, van Persie is starting to look like a kid in the playground up front with Wayne Rooney – it’ll be scary when they actually click.

Neither team is setting Europe alight, though, with Arsenal losing to FC Schalke and Man U doing their best to lose before the 3-2 comeback win against Portuguese SC Braga in the Champions League.

It all makes this weekend’s clash the more enticing – Arsenal need to start a big run now to have the slightest chance of making
Europe next year, while Alex Ferguson’s Man U can’t let Chelsea slip any further away at the top of the table. 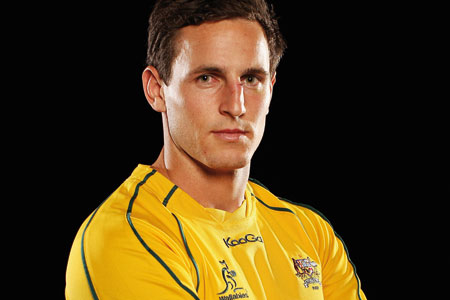 The chat | Kiwi wants to be a Wallaby

Is Mike Harris, the Wallabies fullback who’s been a star with the boot, Australian or what?

After the 24-year-old kicked five from five in a draw with the All Blacks, NZ coach Steve Hansen fired up: “It’s time you developed your own players in your own country,” he said.

He had a point as Harris is basically a Kiwi, except he qualifies for Oz through his grandmother. But after moving to the Qld Reds because he couldn’t get a run in his former home, he got picked for Australia.

Harris said he’s comfortable with his choice: “If New Zealand had offered me a Super Rugby jersey things might have been different.”

Weekend in Budapest: From the Szechenyi Chain Bridge and Buda Castle to soaking in the baths and spa