Adventurous activities
It goes without saying, the island is idyllic for the outdoorsy type traveller. With rural trails networking up mountainous cliffs, through the famous Garajonay National Park and along rugged coastlines, hiking and cycling can be enjoyed to the fullest.
Beginners can take part in a two hour hike from ‘Casa de la Seda’ to ‘Barranco de Arure’ exploring the peaceful surroundings from an impressive height, or, experienced hikers can choose a lengthy 26.9km trek from the capital’s ‘San Sebastián’ to ‘Hermigua’ overlooking breathtaking views of the Atlantic.

Spotting sealife
For lovers of the ocean, La Gomera has an impressive choice of water- sport and boat trip experiences avaliable due to the impressive spectrum of marine life on offer. Hop on board a sailing cruise in ‘Valle Gran Rey’ and spend time at sea visiting the historic ‘Alajeró’ Cliffs whilst spotting the Pilot whales and pods of dolphins relaxing in their natural habitat.
The island is renowned for its diving, snorkelling, kayaking and paddle boarding, visitors can venture to the quaint fishing village of ‘Playa Santiago’ in the sunny South Coast to take part in aquatic activities. The authentic Canary Island has over 92km of un-explored coastline, leaving hidden caves and deep reefs to be explored. The 18-24 degree ocean temperature, clear crystal waters and wide range of species make it a truly unforgetable experience. 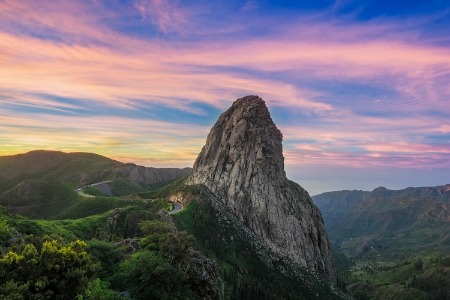 Exploring heritage
An extensive part of the islands charm which is also of high importance to locals, is its culture and heritage. One of the most celebrated attributes is the visit of the famous voyager; Christopher Columbus, back in 1492. The island prides itself on being known as the ‘Isla Columbiana’ as the explorer spent time here before departing on his ‘Journey of Discovery’.
Columbus fell in love with the ruler of the island at the time; Beatriz de Boadilla which delayed his departure to uncover the ‘New World’. The ‘Casa de la Aduana o Pozo de la Aguada’ located in the capital of the island is home to an exhibiton of the famous voyager, who took water from the well here to bless his new found continent. Previous to this, a visit was made to the ‘ Church of Assumption’ by Columbus and his crew, where prayers were made for the future ahead. His time spent on La Gomera was lengthened waiting for the repair of ‘La Pinta’ the fastest of the three ships used in his transatlantic voyage. 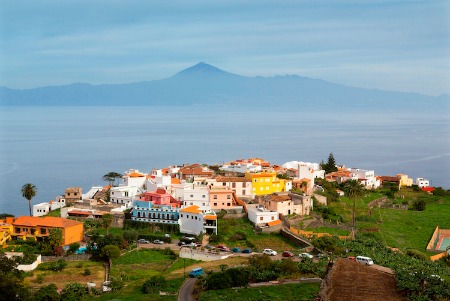 Learning the language
Although Spanish is the primary language spoken on the island, it was not always this way. ‘The Whistle’ language officially known as ‘The Silbo Gomero’ was used in immemorial times by locals to communicate over long distances. This extraodinary yet remarkable way of communicating was used to exchange messages throughout the island.
The Whistle language is of exceptional value as it was not only used to facilitate survival but was developed with great technicality and complexity. The Silbo Gomero has been passed on through generations and is now taught at schools across the island in order to preserve its existence.