And, assuming that we get some sunshine, there’s no better place to soak up a healthy serving than an English country garden. With that in mind, we suggest you explore some of the National Trust’s best.

Start by getting lost in the 1300 acres of lush gardens surrounding Belton House. Built in the late 17th century, Belton House was designed to impress, with its elaborate reception rooms and marble floors.

The sixth Lord Brownlow was Lord-in-Waiting, friend and confidante to Edward VIII, and his home was the scene of lavish upper-class socialising. However, by the time of the death of the sixth Baron of Belton House in 1978, the Brownlow family had bad debts.

The seventh Baron attempted to retain the house, and the family name, by opening the grounds to the public. However, in 1984, the cost became too great for the Brownlow family, who turned it over to the National Trust.

The Brownlows’ fall down the social ladder isn’t the only story behind the lavish manor. Giving historical ground to the drama in Downton Abbey, ‘Below Stairs’ tours give a glimpse into the daily lives of Belton’s staff.

The stone walls and narrow corridors conjure the secrets of servants who were kept year round. Try to lift a coalscuttle (a heavy bucket used for storing coal) and, most difficult of all, discover if you could live off their daily beer rations.

Guests can take shade under the 21,400 ash trees, 9500 oak trees and 614 fruit trees. During World War II, Belton park was home to the Machine Gun Corps, who target practised across the now peaceful vista.

Today, no guns are allowed, but you can let off some steam playing croquet on the sprawling lawn like a true aristocrat. Bursting with green trees and flourishing flowers, Belton offers a romantic reminder of days when delays on the Underground
didn’t exist. 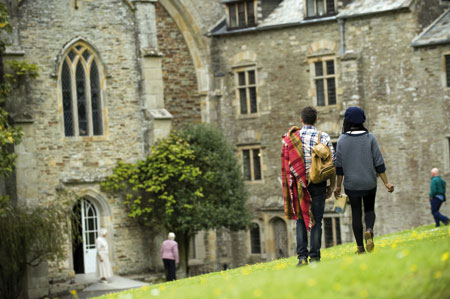 Buckland Abbey’s Cider House Garden is newly opened to visitors for 2012. Here, guests can help themselves to homegrown organic fruit and veg – how thoroughly splendid.

Meander through the espaliered fruit trees and berry bushes while admiring the abbey towering above. There’s also a wild, flowery meadow, manicured hedges and even a hidden garden just perfect for contemplating your next voyage. 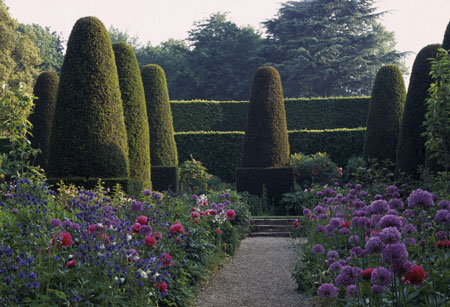 This arts-and-crafts-style garden is divided into little ‘rooms’ surrounding a quaint manor house. It’s perfect for stealing yourself away and forgetting all about city living.

You can pick whichever little compartment of the garden matches your mood; there are ponds and fountains, brightly coloured flowerbeds, and elaborately sculpted hedgerows. It’s easy to see why 12 full-time gardeners are needed here. 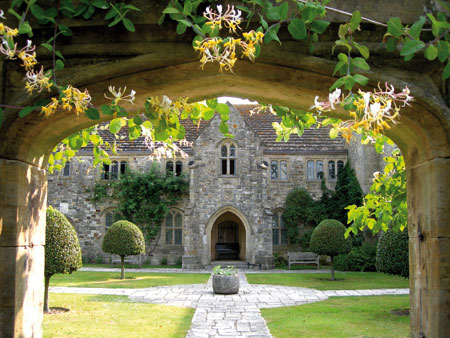 With a keen interest in theatrical pursuits, the Messel family, the former owners, turned Nymans into a stage set, and a playground for fantasy. The pre-war paradise holds open-air theatres and photography workshops nestled in a 500ft valley.

The house, transformed into a Gothic mansion in the 1920s, burnt down shortly afterwards, leaving romantic ruins filled with wildflowers. This garden has been designed to surprise and inspire all summer long. 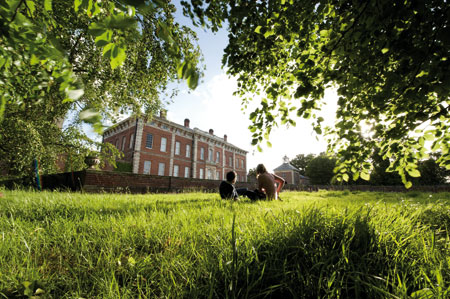 This imposing red-brick Georgian mansion is surrounded by sharply manicured lawns, perfect for lounging. It was accepted by the government in lieu of death duties at the measly cost of £29,250 in 1958 and now holds 100 18th-century portraits for the National Portrait Gallery.

The grounds are a living work of art, with a community orchard and exotic flowers unfolding along the gravel walkway. A stroll along the walled gardens makes for an ever-so- spiffing afternoon in the sun.

Revealing the Secrets of Seoul