For a player marked never to return by Robbie Deans, he’s now vice-captain and again an integral cog in Ewen McKenzie’s line-up.

Ben Mowen was captain, but Cooper took the lead in honour of his 50th game. Then he played like a leader – with the usual similarities to a clever kid playing in the park. And for the most part, they worked.

Wales coach Warren Gatland cried foul of English referee Wayne Barnes’ call on a possible forward pass that ended up being a clincher for Australia’s 30-26 win in Cardiff, but few doubt the improvement in the Wallabies.

In the end, Australia has now beaten the proud rugby nation nine times in a row.

Gatland, the New Zealander who coached the Wales-heaving Lions to victory in Australia this year, was gracious though: “It was a great game of rugby if you were a neutral or an Australian. It was a real Test match out there.”

Mowen hailed Cooper as outstanding after his kicking game was sound and he seemed to break apart the Welsh line at will with his speed and step, then pull off ridiculous flick passes, one of which led to the first try.

“I thought Quade was outstanding in his 50th game,” he said.

“Not many people can execute that in touch-footy in the back-yard, let alone at the Millennium Stadium in those sort of circumstances. 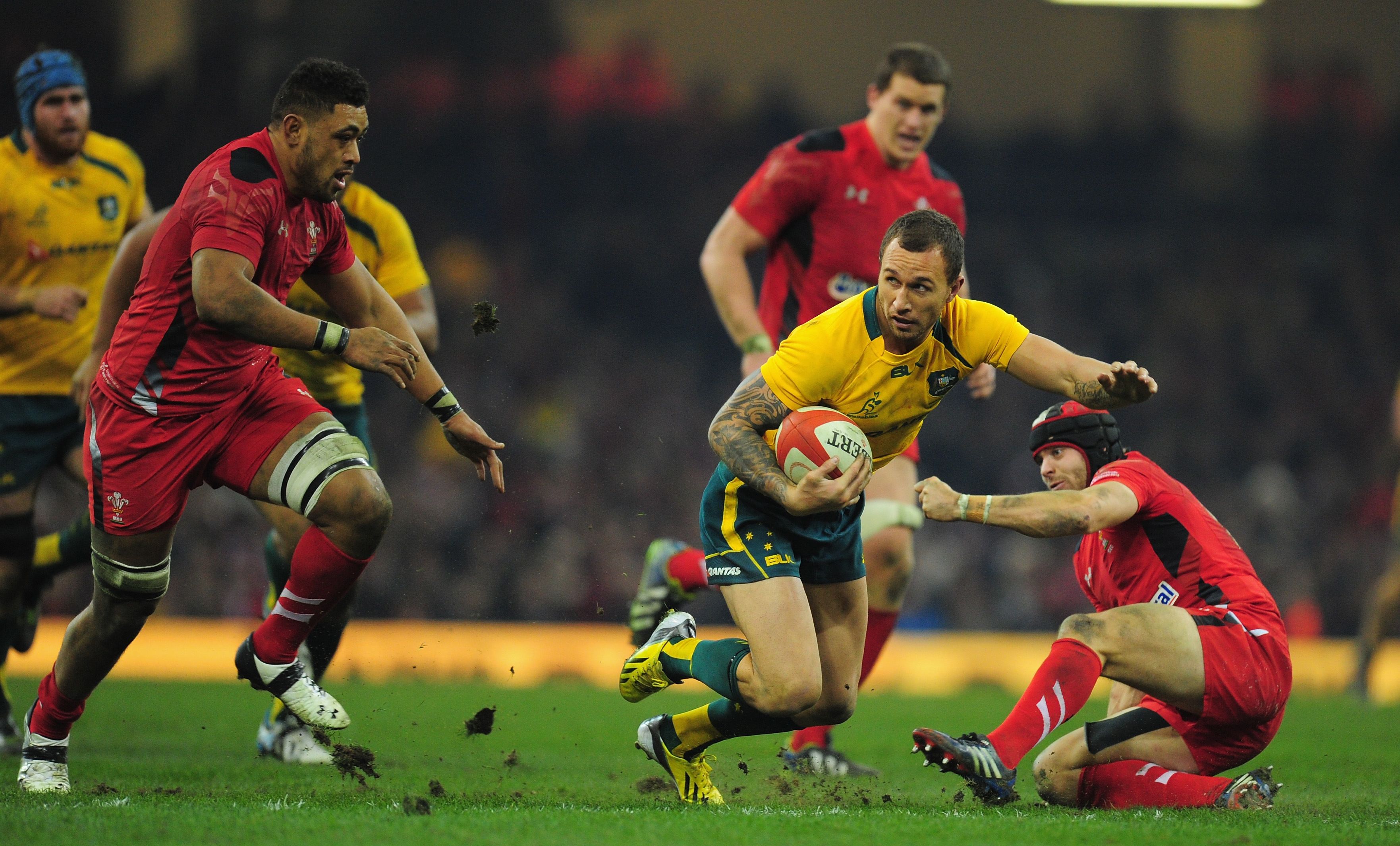 “You can’t say enough about what sort of bloke Quade is and what contribution he’s made.

“He has turned into an outstanding leader, and when he is performing, generally the team is performing very well. That shows a lot about the respect he carries in the group.”

After Australia dominated the first term, Wales fought back and when giant winger George North got the ball in hand anything could happen. It did near the end when his solo try got the reds to within four points.

Cooper was sin-binned late on, but the Wallabies were able to hold on a man down.