The un-named super injunction footballer, who slammed a gagging order on ex-Big Brother star Imogen Thomas, did so because she tried to blackmail him, a judge revealed. Today, Thomas has hit back, calling the accusation lies.

Glamour model Imogen Thomas and The Sun newspaper tried to have the super injunction – covering her alleged affair with a married Premiership footballer – overturned in court, but were unsuccessful.

Mr Justice Eady explained why he had granted the football player a super injunction, saying it was believed that Imogen Thomas had been trying to blackmail him, demanding first £50,000 and then £100,000.

Thomas was accused by the footballer of contacting him by texts and phone calls demanding that he hand over an autographed football shirt, tickets and a payment of £50,000 in return for not selling her story of their alleged six-month affair. 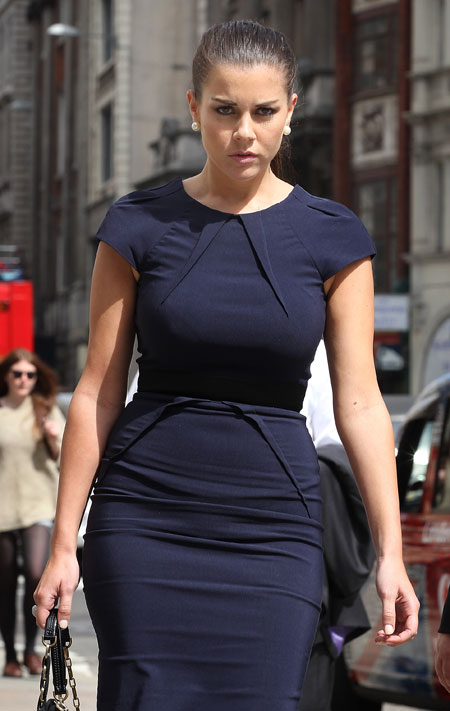 “I’m even accused of trying to blackmail this man – that’s outrageous. Nothing could be further from the truth.

Thomas questioned the fairness of the super injunction system.

“Yet again, my name and reputation are being trashed while the man I had a relationship with is able to hide,” she said.

“What’s more, I can’t even defend myself because I’ve been gagged – where’s the fairness in this?

“What about my reputation? If this is the way privacy injunctions are supposed to work there’s something seriously wrong with the law.”

The judge said that he had not yet made a decision as to its truthfulness of the footballer’s version of events, but said that nonetheless evidence “appeared to strongly suggest that the [footballer] was being blackmailed (although that is not how he put it himself)”.

Eady said that there was “ample reason not to trust Ms Thomas” and claimed she tried to “set up” the married football star by arranging for photographers to wait outside their hotel.

Renewing the super injunction granting the football player anonymity, the judge said the circumstances of his case meant he had a “reasonable expectation” of privacy and there was “no suggestion of any legitimate public interest” in publishing the story of his affair.