Tabloid diplomacy: The Sun takes out ‘Hands Off’ Falklands letter in Argentinean paper

The Sun chose to publish a letter in English language paper The Buenos Aires Herald, a paper with a circulation of around 50,000 people.

Going over a brief history of the islands ownership, The Sun explained that that British ownership of the Falklands dated back to 1765, pre-dating the republic of Argentina.

The Sun went on to say in the paid ad open letter that the 1982 Falklands invasion by Argentina was “in direct conflict with the United Nations charter’s principle of self-determination in which the people of the Falkland Islands are British and have chosen to be so.”

It closed the letter with a defiant style typical of The Sun’s unique brand of diplomacy, “In the name of our millions of readers and to put it another way: ‘HANDS OFF!'” 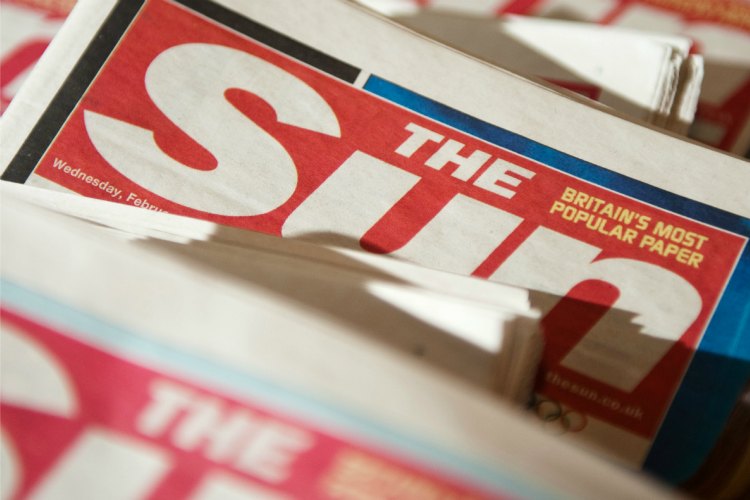 The Sun informed their readers in the UK that the letter was “our warning as Argentina tries to grab islands”.

“The future of the Falkland Islands should be determined by the Falkland Islanders themselves, the people who live there. Whenever they have been asked their opinion, they say they want to maintain their current status with the United Kingdom.

“They’re holding a referendum this year and I hope the president of Argentina will listen to that referendum and recognise it is for the Falkland Islanders to choose their future.”

“As long as they choose to stay with the United Kingdom they have my 100% backing.” Cameron concluded.

“The British will sit to negotiate when they realize that not doing so will be the more costly option.” said Argentina’s ex-Foreign Minister Jorge Taiana.

“We are not a colony; our relationship with the United Kingdom is by choice. Unlike the government of Argentina, the United Kingdom respects the right of our people to determine our own affairs, a right that is enshrined in the UN Charter and which is ignored by Argentina.” said Barry Elsby, a member of the Flakland Islands’ Legislative Assembly.

Can’t help wondering if the Sun tried any Spanish-lang Argentinian papers for their Falklands ad. Probably would have told them where to go

The Sun, diplomatic as ever, take out an ad in Argentina on the Falklands:“HANDS OFF!”

Regardless of ur personal stance on the Falklands, The Sun’s PR stunt is pretty funny. Jingoistic yes but primarily tongue in cheek amusing

Just to calm things down, The Sun’s taken out an ad in an Argentinian paper tomorrow, telling them to keep their “hands off” the Falklands..

Things to see and do in Canberra: Australia’s capital city, political centre and cultural heartland