Taupo and beyond: See why Taupo is one of NZ’s top tourist resorts

These days Taupo also has a reputation for offering great adventure, with impressive bungy, jetboating and skydiving facilities. If it involves adrenalin, Taupo’s got it going on. The beautiful scenery can serve to take your mind off the scary activity you are about to partake in – but that’s not always the case. There’s even a prawn farm – which is a lot more interesting than it sounds – on the banks of the Huka River, where you can jetboat up to the imposing Huka Falls.

Lake Taupo, New Zealand’s largest, is one of the easiest places in the country to catch a decent trout. You can also get into watersports, and the nearby bubbling thermal pools at Wairakei Geothermal Park are internationally renowned.

Looking for a bit of action after hours? Many of the hostels have bars, or you can join the crowd at Holy Cow, a bar in the middle of town. It’s one of the best – and most raucous – backpacker pubs in the entire country.

Beyond Taupo, the central North Island is the place to go for amazing scenery and things to do. A quick drive south from Taupo and you’ll come across Tongariro NP. From smouldering volcanoes (Ruapehu, Tongariro and Ngaruahoe) to idyllic Lake Taupo, the Volcanic Plateau is one of the most scenic areas in the North Island and has action-a-plenty in both winter and summer.

In winter, bring your skis, poles and goggles and hit the slopes on Ruapehu’s two main ski-fields, Whakapapa and Turoa, which are both well run. The more adventurous might like to climb Mt Ruapehu, preferably not when it’s having one of its semi-regular eruptions. It’s quite a trip to the summit, but is well-worth the aching and tired legs afterwards as the view is out of this world. 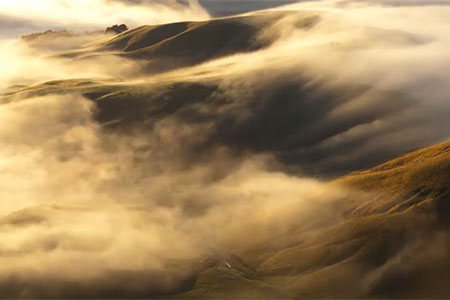 There are a number of accommodation providers in Tongariro NP Village who can arrange transport to and from the Tongariro Crossing, and provide weather info.

If you’re looking for something a bit quieter, hang the “gone fishing” sign on your hostel room door and head for nearby Turangi, which offers some of the best fly fishing in the world.

Looking like it’s been lifted straight from the pages of a scenic picture book, Wanganui (using the Maori spelling – different to that of the park and river) is a small town, 141km south-west of the Tongariro NP and precariously placed on the banks of the powerful Whanganui River.

Like most of the towns in this part of NZ, Wanganui has rich indigenous history dating as far back as 1100 AD when Maori tribes encouraged by the fertile nature of the land first inhabited the area.

Whanganui NP, at only 10 years old, is the second-youngest in NZ. The major attraction of the Whanganui NP is the Whanganui River, which snakes and weaves its way through some of the most picturesque scenery in NZ. Hire a canoe and explore this natural wonder at your own pace or book a berth on the MV Wakapai and discover just why the Whanganui is the longest navigable river in the country. Take a change of clothing as trips can last for up to five days.

For something more active, the trek along the Matemateaonga Walkway is highly recommended but takes four days to complete. The Mangapurua Track is equally impressive, runs for 40km, and can be covered in three-and-a-half days. A shorter walk is the 45-minute jaunt from the Mangapurua Landing to the Bridge to Nowhere. This is a part of NZ that goes largely undiscovered but shouldn’t be missed. The best way to see the East Coast is to hire a car and drive, stopping at your leisure along the way. The beaches here are some
of the best in NZ. 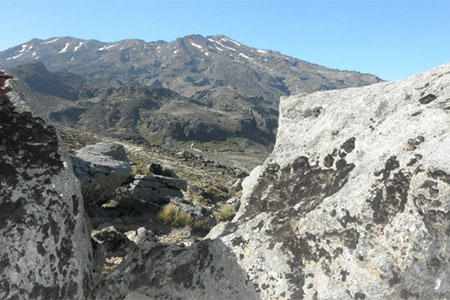 The East Cape, the easternmost tip of NZ, is a long way off the beaten track and the drive itself is a real mission – narrow and winding – but it’s worth it. Out here people still get about on horses and when the sun shines the beaches are absolutely breathtaking. Climb the East Cape lighthouse at Te Araroa and be the first person in the world to see the sunrise that day or just marvel at the scenery. Hicks Bay, with its great surf, small town store and friendly hostel is worth a stop.

Gisborne is one of the first towns to see the sun come up. It’s where Captain James Cook first landed in NZ on October 6, 1769. He stayed just long enough to take formal possession of the country in the name of His Majesty King George III, before rushing off to “formally” discover the rest of NZ.

Gisborne is known as the country’s unofficial surfing capital, a city largely based on beach culture. Relaxed and friendly with great summer weather, there’s plenty to see and do and some good cafés and bars to chill-out. 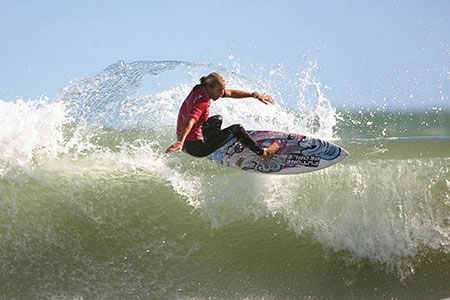 Wairoa, at the north end of Hawkes Bay, is the gateway to the Te Urewera National Park and is the proud owner of a 120-year-old lighthouse.

In 1988 a disaster, in the shape of Cyclone Bola, struck this small community, and swept away the Wairoa Bridge. The damage has been repaired, but the legend of when ol’ Bola came to town lives on.