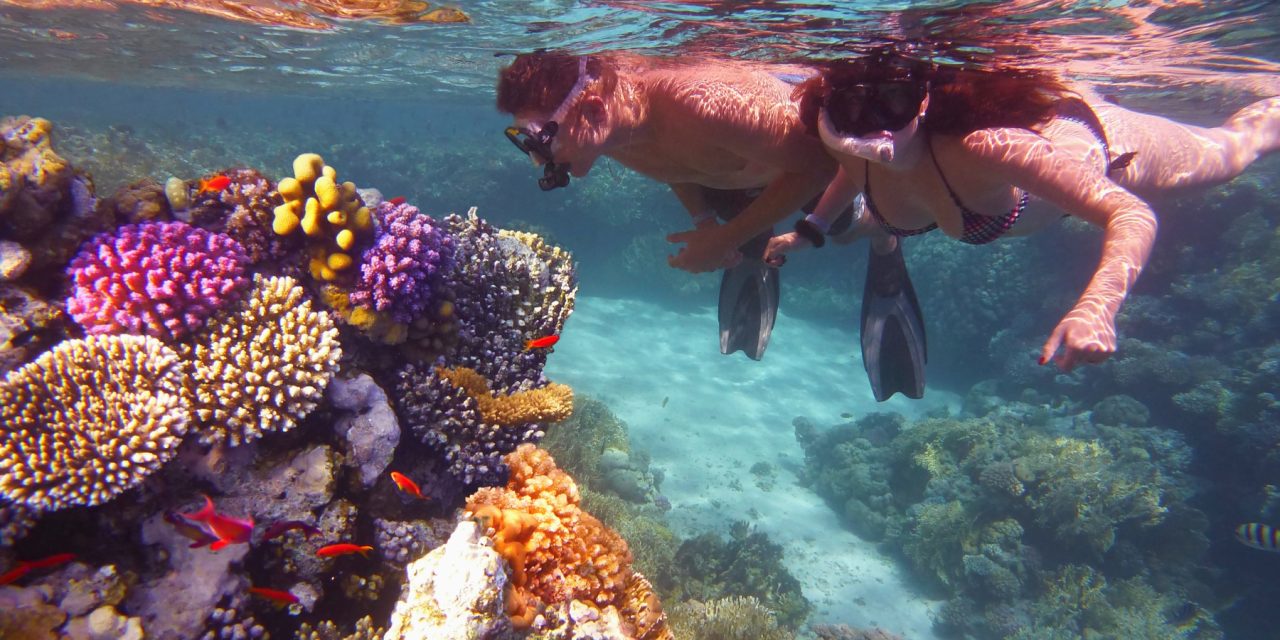 While snorkeling on the Great Barrier Reef, MICHAELA PIEHL encountered a rather nasty prick. Floating around somewhere on the Great Barrier Reef, my snorkeling buddy and I were talking about sharks (as you do when splashing about in shark territory). Before we’d jumped off the boat, the skipper had told us if we were lucky we might spot a reef shark. Now, I’ve always dreamed of seeing a shark in its natural habitat, but from the safety of a boat. I prefer my limbs intact. Anyway there we were, treading water in the Coral Sea and discussing whether or not reef sharks really are harmless, when something bit me. Convinced that my bum had just become shark food, I very calmly signalled for help by screaming and thrashing about. Screams turned to laughter as we realised I’d actually just been prodded by a rather large piece of coral. In fact, I laughed so much that I was carried back into the sharp coral by the current. This process was repeated so many times that by the time I was back on the boat my poor arse was covered in countless bruises.

Although the name suggests it’s one huge reef, the Great Barrier Reef is actually made up of around 3000 individual reefs. There are also 600 or so nearby islands, plus a further 350 coral cays. All these reefs, islands and cays cover a massive 350,000 square kilometres, and stretch from Queensland to Papua New Guinea. It’s the largest coral system in the world and can even be seen from space. A couple of hours before the coral molestation incident, my bruise-free behind and I were standing on Cairns marina in the drizzling rain, waiting to jump on board Sun-Kist, our boat for the day. It felt a bit like rush-hour traffic as the dive boats headed out of the marina, which isn’t surprising given that the Great Barrier Reef attracts more than two million visitors each year, with Cairns being the most popular access point. But because it’s a World Heritage-listed marine park there are strict rules about how it’s used and who uses it, which means the boats all head to different sections.

The boat ride was choppy to start with, but being a roller-coaster enthusiast, I was more than happy to stand at the back of the boat as it went up and down, wave after wave, with the ocean spray hitting my face. The same can’t be said for a couple of my fellow passengers whose impressively green faces were hovering over paper bags for much of the journey. By the time we dropped anchor a couple of hours later at Briggs reef, the waves had completely subsided and the rain clouds were long gone. After I’d slipped myself into a very flattering stinger suit (and by that I mean struggled to get into it for five long and embarrassing minutes), I discovered that I was wearing it inside out and back to front and had to start all over again. I gracefully shoved flippers onto my feet and spat into (and rinsed, obviously) my mask, and was ready to check out the underwater world.

Something you’re guaranteed to see lots of is fish. There are more than 1,500 varieties, ranging from the tiny brightly coloured clownfish (celebrities after Nemo got lost a few years ago) to the much larger and aesthetically challenged groper. Briggs Reef has a very friendly, and hideously ugly, resident groper, who happily munches on food directly from your hand. The Great Barrier Reef is home to a lot of other marine life too. There are 30 species of whales, dolphins and porpoises; six types of sea turtles; 215 different kinds of birds; 17 types of sea snakes; as well as 125 species of sharks, stingrays and skates. We were lucky enough to get the chance to stroke the bellies of a couple of green turtles but in light of Crocodile Hunter Steve Irwin’s death last year, we didn’t attempt to do the same to the stingray that swept past us.

And as for that arse-poking coral… there are over 400 different kinds, not all of the prodding variety though. Some look like sponges, while others are twig-shaped. There are corals in every colour, from bright fuchsia to fire engine red, soft yellows and oranges. That said, the Reef wasn’t quite as colourful as I’d imagined as some of the coral has been stripped of its colour, giving it a slightly eerie look. This is a sign of coral bleaching, which is potentially a serious threat to the future of the Great Barrier Reef, along with poor water quality, over-fishing and tourism. Coral bleaching occurs when the coral loses its colour due to stress, and increasing water temperatures due to global warming. This is a huge concern, given that small increases in temperature can have devastating effects on the health of the reef. The worst coral bleaching on record took place in 1998 and again in 2002, and recent aerial surveys of 650 reefs found that 60 per cent were suffering from bleaching to some extent. Although the coral can regenerate if the bleaching isn’t too severe, the fear is that in the future the reef won’t have time to repair itself or grow new coral at the same rate as the water temperature rises. Having just discovered that coral bleaching can occur after any kind of stress, I would like to take this opportunity to apologise to the coral I got up close and personal with that day – I sincerely hope that the contact with my rubber-clad arse wasn’t too stressful for you or did any lasting damage.

Where: Cairns is considered the gateway to the Great Barrier Reef, but you can also enjoy reef encounters in Bundaberg, Airlie Beach and the Whitsundays, Townsville and Heron Island. When to go: Avoid the months from January to March, as during the Wet Season, mud is washed into the ocean, affecting visibility in the water. Getting there: For a range of car rental and coach options, see the Queensland state section on page 72. The experience: visit http://www.cairnsdive.com.au/[Cairns Dive Centre] for more information. While you’re there: Cairns is an adrenalin adventure centre. The city itself is a modern town built along Trinity Bay, a swampy bit of tropical ocean that is now framed by the Esplanade. This strip is where you will find many of the town’s hostels, and its palm-fringed park and swimming lagoon are fave hang-outs for weary travellers. You can use it as a base for tripping to the Daintree’s Cape Tribulation, an awesome slice of paradise that you must not miss. Or you can explore the very different Atherton Tablelands, rising to Cairns’ west and home to stunning waterfalls, perfect for taking the plunge. You can visit the backpacker reef resort of Fitzroy Island, or you could go bungy jumping at the adventure centre just north of the city. Learn about the local Aboriginal culture at the impressive Tjapukai, test your nerve white-water rafting on the nearby Barron or Tully rivers or just hang around town, visiting the art gallery or swimming in your hostel pool. And your hostel will have a pool – it’s seriously steamy up here! 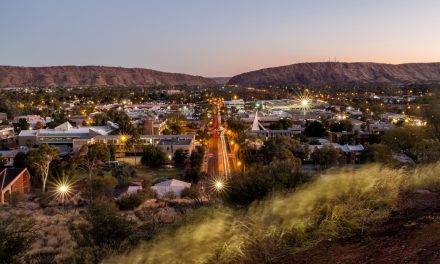 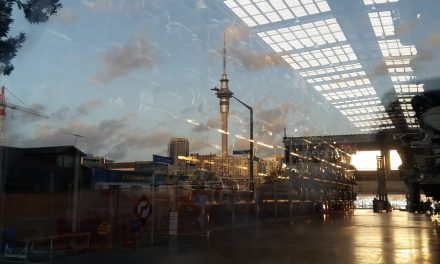