Tech savvy careers: Industry experts say it’s the most exciting area to work in on the planet

Forget The IT Crowd stereotypes: they no longer apply to those who work in technology.

The likes of Google and Apple have made the industry cool, and it’s now filled with trendy, innovative companies that dictate how the world interacts.

Tech Entrepreneurs Week (November 26-29) in London offers a chance to learn more about where tech’s headed, make contacts and get advice on how to potentially make millions with a great idea or unique skill.

We get a head start from three entrepreneurs in the field …

Graham Cooke, from the UK, is one of four ex-Google employees behind technology solutions company Qubit. 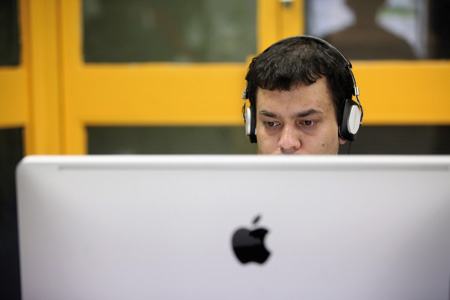 At 30, Cooke is a CEO and counts the BBC, Staples, Blackberry, John Lewis and Expedia among his clients for website analytics and data collection.

At the age of 10 he designed his first system to cool a hot car from a mobile remote control, so his success is not a huge surprise.

“I’d always been interested in technology and I knew this from a relatively early age,” Cooke says.

“It’s a cliché, but technology is the future. The major developments in the ways in which the world operates, how people interact, how they’re entertained and how they make money is all coming from technology. So, it’s just a really exciting place to be.” 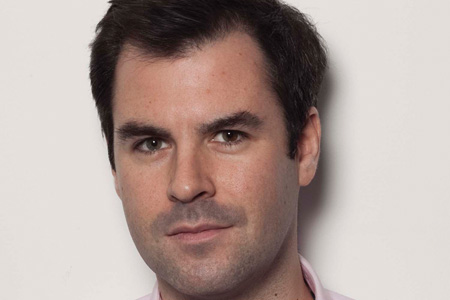 Cooke says juniors can make about £20k a year in their first role. Then, he says, the sky is the limit.

And you don’t always need a degree or experience to penetrate your field of interest – technology really is one of those industries which rewards skills, no matter how you acquired them.

“You don’t necessarily need to have years and years of experience to have and execute a great idea,” Cooke says. “Some of the most successful people in technology are ridiculously young!”

Brit Joss Crowcroft, 24, started freelancing straight out of university, where he had studied music, and says he was earning £400-800 per month “off the bat”. 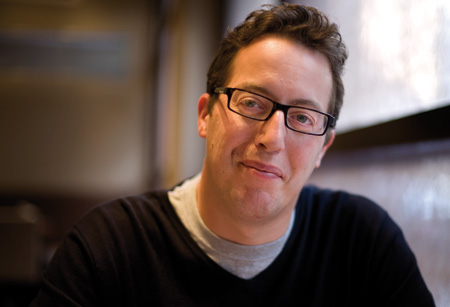 He now builds web applications and websites for a range of clients, with his creations including openexchangerates.org, which gives reliable real-time exchange rates and currency conversions.

“I’ve always loved breaking and fixing things, and I’ve grown up in an age where you can pretty much learn anything with a few clicks,” he says.

Crowcroft says his industry is open to anyone willing to put in the hard work and get noticed.

“Almost anybody, from any background, can make a start and find out quickly whether it’s something they’d enjoy,” he says.

“And if you put in the hours, you can be world-class.”

He adds technology is such a broad industry, that all types of strength are needed, whether they be managerial, academic, design or programming skills. And one thing’s for sure: ‘geek’ is not the insult it once was.

“It’s a mark of respect,” Crowcroft reckons. “Geeks shall inherit the Earth.” 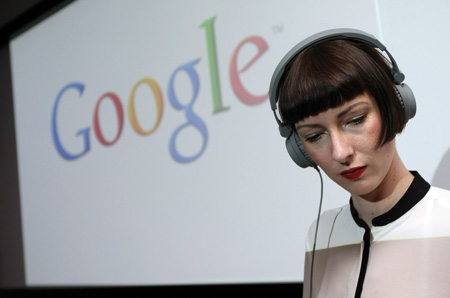 UK serial entrepreneur Martin Warner, 40, would agree with that. He’s the founder of Tech Entrepreneurs Week and a veteran by industry standards.

By the age of 24, he’d made tens of millions with shrewd investments and tech development, and set up the four-day conference to help others in the area.

His initial goal when starting out was simple, “to build something that people would use”. “I [hypothetically] took a look at the future, and tried to predict what people needed.”

Warner believes that there’s more money to be made in tech than in banking, with new starters needing minimal funds to get off the ground. “People can build companies in their garages. Entrepreneurism is the next cool thing,” he assures us.

During an economic crisis, Warner says the technology industry flourishes. “Web and mobile is the most exciting place to be on the planet,” he says.

“It touches every industry. Three billion people have the internet, and that makes tech industry experts rocks stars.”

How to Get Started

• There are plenty of tech-specific degrees out there in a wide range of disciplines. But think outside the box. A lot of what you need to know can be self-taught or learned through trial and error – find courses that complement those skills.

• Have a go and get creative – make a website, learn HTML and JavaScript, then fiddle about with WordPress, PhotoShop and other programs. And stay up-to-date.

• Be referable, the kind of worker that people want to introduce to others. Confidence pays. Then leverage connections for clients
or that dream job.

The Roar Of The Greasepaint – The Smell Of The Crowd – review

The rise (and rise) of retro food