His Didier Drogba-esque soaring action got another airing last Wednesday in Shanghai when he headed home the equaliser for the New Zealand All Whites in a 1-1 draw with China.

Straight after the game, he was on a flight back to London for his side’s clash against Leeds at The Den.

Wood, 20, has been impressive on loan at The Lions from West Bromwich Albion, who he’s been signed to since 2009.

Although being linked on paper to the West Midlands side, he’s spent most of his time with them elsewhere.

Born in Auckland, he was playing senior football at 15 for Waikato FC in the national league. It was here he met Roger Wilkinson, a NZ youth coach and former Crystal Palace and West Brom staffer, who saw something special in young Wood and lined up a trial with his old club.

“Roger basically had a friend there and sorted it out,” says Wood, amazed at the speed of his journey to the other side of the planet. “I came over four weeks later for a two-week trial and two weeks after that, they offered me a scholarship in their academy.”

Wood says his experience playing with adults at a young age was integral to him being picked up by the big leagues. 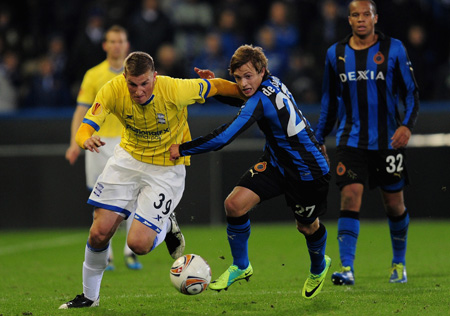 “Playing with older lads at Waikato FC made me a better player for sure,” he says.

“I had a lot more experience of using my body than others might get early in their career and that worked in my favour when I trialled against guys my own age, even when their technical ability here was much better.”

Wood impressed at youth level for The Baggies and was quickly into the reserves, where he again found goal-scoring form.

He was well placed in April 2009 when a string of injuries to West Brom’s senior attackers led then manager Tony Mowbray to give him a surprise call against Portsmouth at Fratton Park.

When he came off the bench, he became the sixth New Zealander ever to play in the Premier League.

“At the time I didn’t know that,” he says. “As soon as I made my appearance for West Brom everyone was there to tell me though, and I knew it was a great achievement.

Hopefully there’s more [Premier League football] to come for me and more NZ players to come and join me over here.”

West Brom were relegated that year but Wood was at a big English club – by Down Under standards – and stoked about it. 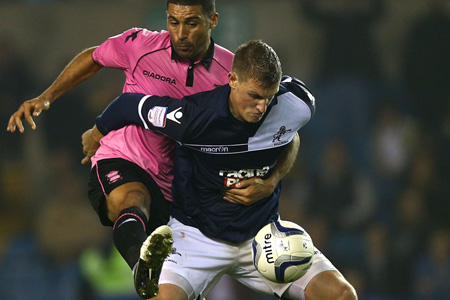 He scored his first senior goal for them, a cracking 25m bullet against Doncaster Rovers, in September 2010, the same month he went to Barnsley on a 93-day emergency loan and began his circuit of southern England’s professional football.

Wood then had a short but successful loan stint at Brighton & Hove Albion that saw them rise from League One.

He also impressed at Birmingham City, where he was sent for a month the day before the Championship began last year and debuted in round one.

As a solo striker in City’s first European match in almost 50 years, in the Europa Cup against Nacional, he hit the post twice in a goalless draw.

His month there turned into three, with Wood scoring seven goals from eight games at one stage, including a hat-trick against Millwall, and a stoppage time beauty to beat Club Brugge 2-1 in the Europa League.

He ended the 2011/12 season at Bristol City and then Millwall came into his life.

He takes each new start in his stride.

“This is my fifth loan, so I’m used to all the ins and outs of the arrangement. Everyone tries to help you settle in quickly and you just get on with the job,” he says. 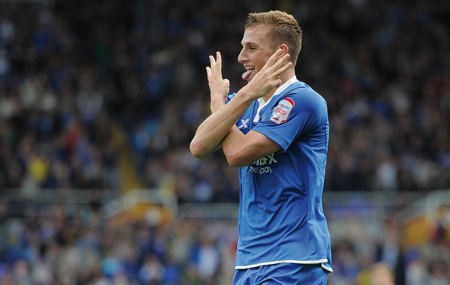 “I’m here for a reason and that’s to improve my game and help the team I’m with move up the league, and score some goals. I’m here until the end of January at the moment, so I’ll do my job until I know what I’m doing next.”

Wood has “no idea” where he’ll be come the new year. On prompting, he admits it’s easier to deal with uncertainty when you’re scoring goals.

He slotted six in his first nine games at the club, including a hat-trick in a 3-3 draw against his mates at Birmingham City.

He feels settled for the first time in a while, and says he would quite like a longer stay at Millwall should the powers that be choose that route.

“It seems to have all worked out for everybody, so I don’t see why not,” he says. “At the moment I’m just keeping focused and trying to do the right job.”

Millwall has been travelling well since he arrived.

They were in 10th spot on the table before this weekend, four points from the coveted Premier League play-off spots – and Wood’s talking like a Lion, even if he isn’t one officially.

At the very least, he has the fans in his corner.

“We’d love him to stay but I’d be surprised if we could keep him – we won’t be able to afford him.”

Millwall fans have been associated with the negative side of what happens in the terraces of English football.

Careful not to get the young Kiwi in trouble less than a month before his 21st birthday, TNT asks him in his capacity as a journeyman if they’re more “passionate” than other fans.

“Passionate, that’s a great way to describe them,” he says, adding all he can see and hear in the crowd at any club is motivation.

“They really give you something to play for, more than usual, especially away from home and you see the ones who travel. It really spurs you on … it’s why you play.” 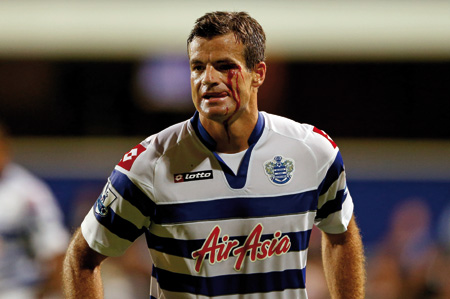 When Chris Wood became the sixth New Zealander to play in the EPL for West Brom in 2009, he was also the first ever striker from his country to make the leap.

Danny Hay’s stint was similarly unremarkable, mainly due to his struggle to stay on the field for Leeds with injuries in 2000/01 – he played just four games.

Defensive-midfielder Simon Elliott fared better at Fulham, after being scouted in the US.

He appeared 13 times for the Whites in 2006, but struggled with injury.

Wood’s All Whites teammates Winston Reid (46 games for West Ham) and NZ skipper Ryan Nelson (184 matches at Blackburn, Spurs and now QPR), however, are regular fixtures at the back in their sides.

When Wood climbs back to the top league, as he is tipped to, a goal-scoring record will be his – he’ll need 12 to net more than every Kiwi EPL player combined.